The 7-2 decision today ruled that those who fail their initial asylum screenings will be eligible for “expedited removal,” essentially allowing the administration to immediately deport them without allowing them to make a case in front of a federal judge. 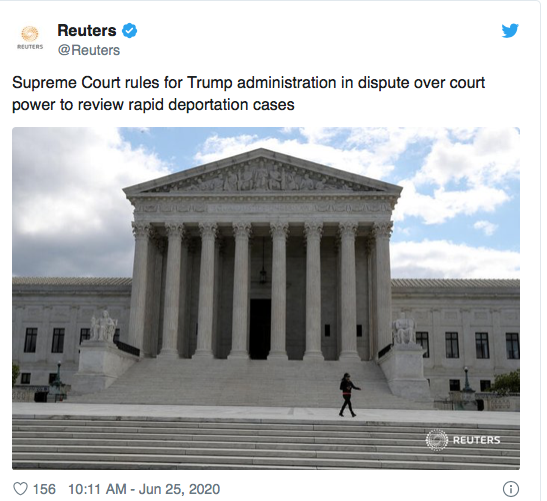 BizPacReview  The high-court opinion, written by Justice Samuel Alito, reversed a lower-court ruling in the case of a man named Vijayakumar Thuraissigiam who was arrested after he illegally came across the U.S. border from Mexico in 2017.

He claimed he belonged to the Tamil ethnic minority group and fled his home country because he allegedly faced persecution. However, he was placed in expedited removal proceedings after failing to convince asylum officers and an immigration judge of his claims.

The uber-liberal 9th U.S. Circuit Court of Appeals held that, under the Constitution’s Suspension Clause, the expedited removal law was unconstitutional in Thuraissigiam’s case and violated his right to due process, but the Supreme Court reversed that on Thursday, after the Trump administration appealed.

In his opinion, Alito noted that the process immigration officials used in Thuraissigiam’s case was created by Congress “for weeding out patently meritless claims and expeditiously removing the illegal aliens making such claims from the country.”

The Justice added that Thuraissigiam’s “argument fails because it would extend the writ of habeas corpus far beyond its scope ‘when the Constitution was drafted and ratified.’”

Thuraissigiam “attempted to enter the country illegally and was apprehended just 25 yards from the border,” Alito wrote, noting that the constitutional right of due process applies to “aliens who have established connections in this country.”

“He therefore has no entitlement to procedural rights other than those afforded by statute,” he added in the opinion which was joined by Chief Justice John Roberts and Justices Clarence Thomas, Neil Gorsuch and Brett Kavanaugh. While Justices Stephen Breyer and Ruth Bader Ginsburg concurred with the ruling, they wrote separate opinions.

The Trump administration has sought to aggressively deal with illegal immigration and has tried to expand its authority in the quick deportation of undocumented immigrants to include those who have been in the U.S. even up to two years. A ruling by a trial judge that blocked the expanded policy was thrown out by a federal appeals court on Tuesday.

The Department of Homeland Security heralded Thursday’s decision. In a statement, the department called the result “an important victory for enforcement of the immigration laws.”

Despite some unfortunate hiccups from (not so conservative) conservative justices, this Supreme Court has made a lot of positive rulings on immigration. The most important being the banning of migrants and travelers from several Muslim countries.

CBS News In Jan. 2020, The Supreme Court on Monday allowed the Trump administration to enforce its most ambitious effort yet to restrict legal immigration, giving U.S. officials the green light to implement a sweeping rule that critics warn will shut America’s doors to low-income immigrants and people of color.

In a 5-4 ruling, the conservative-leaning high court approved the Trump administration’s request to set aside a ruling by a federal judge blocking the so-called “public charge” regulation while the merits of the case continue to be argued in lower courts. The court’s conservatives, including President Trump’s appointees, Brett Kavanaugh and Neil Gorsuch, agreed to allow officials to enforce the policy, while the liberal justices would’ve denied the administration’s request 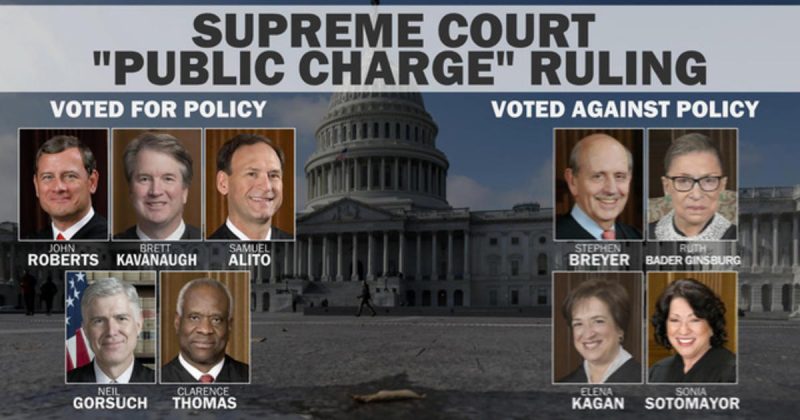 By dramatically expanding the definition of a “public charge, or an economic burden on society, the U.S. Citizenship and Immigration Services (USCIS) regulation unveiled in August gives officials more power to deny visas and green card applications from immigrants and prospective immigrants whom the government determines rely, or could rely, on certain public benefits like food stamps and government housing programs.

For decades, the U.S. has asked most green card and visa petitioners to prove they won’t be a “public charge” on the country, but the new rule scraps Clinton-era guidance that said only the use of cash benefits could be analyzed by immigration caseworkers.

The Trump administration has defended the new restrictions as a way to ensure immigrants are “self-sufficient.”

President Trump ordered a vast overhaul of immigration law enforcement during his first week in office. Here are Trump’s deportation orders by the numbers. (Feb. 6, 2017) 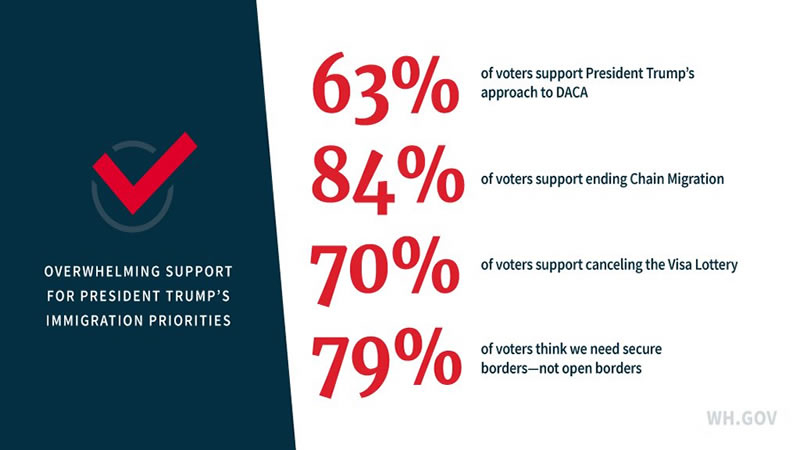