So, who does designated terrorist group CAIR think it’s fooling as it celebrated the “unveiling” today of a monster-sized BLACK LIVES MATTER banner on its Capitol Hill headquarters in Washington DC with about six people there. 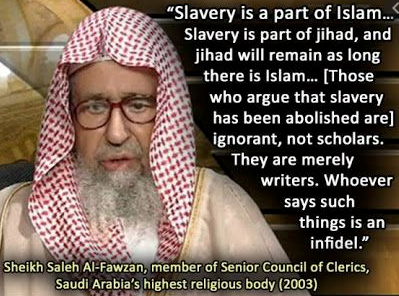 I guess CAIR thinks most people are ignorant (and sadly, they are) about Islam’s long and brutal history as the leading slavemasters of the world, which continue today in the Middle East, where Black African slaves in the millions are forced to work for their Arab masters under inhumane conditions.

I wonder if Black Americans would be so eager to convert to Islam if they knew the truth about Islam’s slave history? As one pre-eminent Islamic historian, Ibn Khaldun, said:  “Sub-Saharan Africans in the Arab slave trade are very submissive to slavery  because Negroes have little that is essentially human and possess attributes that are quite similar to those of dumb animals.” 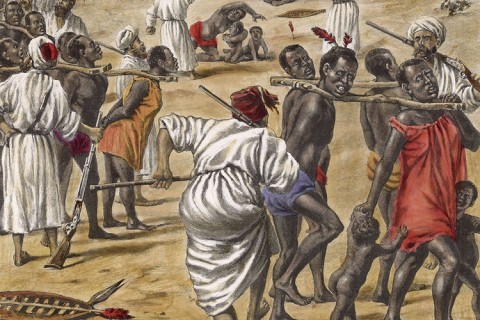 Compare the USA’s short Colonial slave  to that of the of Arabs (Islamic and Pre-Islamic) who colonized North and East Africa, who hunted, enslaved, tortured and killed Ethnic Africans for several thousands of years before the same geographical Arabs started/opened the slave trade to Colonial America.

One of the most tragic facts is that MECCA, the geographic heart of the Muslim community, was one of the LARGEST SLAVE MARKETS in the Muslim world all the way up until the 2Oth century when the standards of the international community, championed by the West  informed Muslims that chattel slavery is a violation against dignity, humanity and their own standing in global affairs.  But today, black slavery is alive and well in many countries in Africa where there are Muslims.