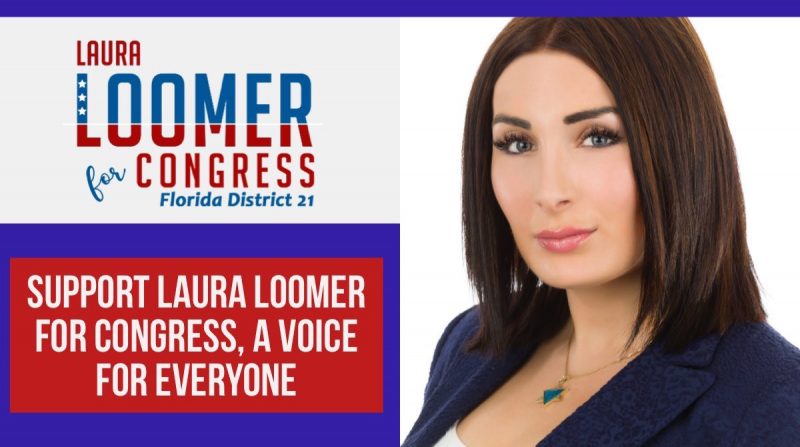 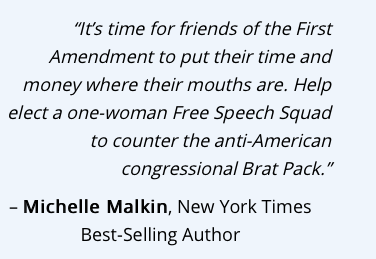 Who is Laura Loomer?

Laura Loomer, just 26 years old, is a Jewish Conservative investigative journalist and activist. Originally from Tucson, Arizona, Laura began her journalism career working as an undercover journalist for Project Veritas from 2015-2017. Loomer’s investigations have uncovered fraud and corruption within the Hillary Clinton campaign, Islamic extremism on college campuses, the Las Vegas Shooting, flaws and loopholes within the U.S. immigration system, and widespread voter fraud throughout the U.S.

Loomer has traveled all around the world for her investigations, and she is mostly known for her Guerrilla style journalism and often conducts ambush interviews on live stream, which is known as getting “LOOMERED”. Some of the people she has confronted on camera include: Hillary Clinton, Chelsea Clinton, Huma Abedin, James Comey, Maxine Waters, Ilhan Omar, Rashida Tlaib, Alexandria Ocasio Cortez, Michael Avenatti, Tim Kaine, Linda Sarsour, Alyssa Milano, and former DNC chair Keith Ellison.

Because of her effectiveness, Loomer was targeted by the Left and Big Tech, and is banned on nearly every single social media platform, including Facebook, Twitter, Instagram, Uber, Lyft, Uber Eats, PayPal, Venmo, GoFundMe, Medium, TeeSpring, and even Chase Bank shut down her access to her online banking!

Loomer, who is and always has been a loyal supporter of President Donald J Trump, has continued to fight for free speech and First Amendment rights for all Americans. 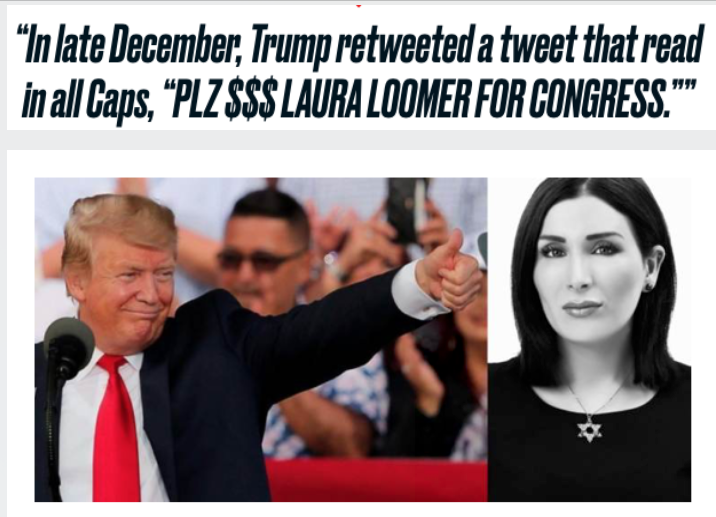 Why is Laura Loomer running for Congress?

LAURA LOOMER has filed lawsuits against both CAIR and Twitter. 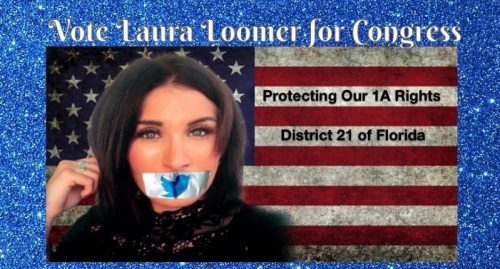 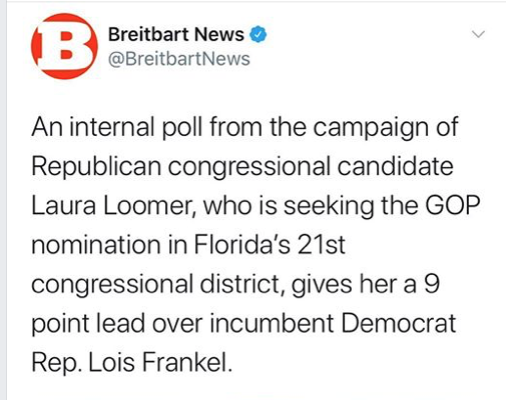 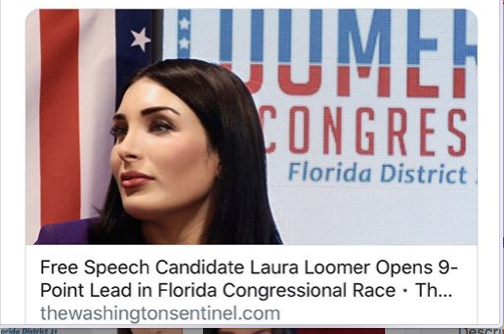 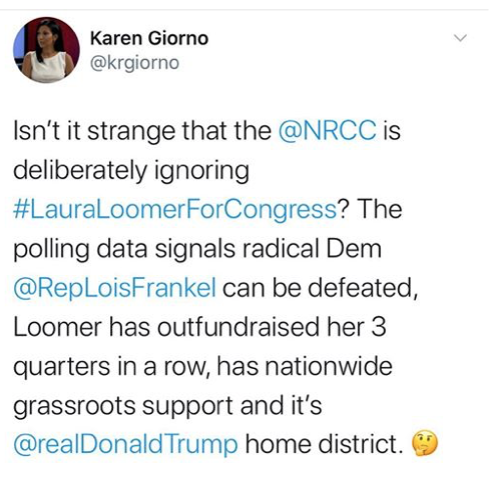 MUST SEE VIDEO: “Laura Loomer has bigger cojones than most men”

SUPPORT LAURA LOOMER, Disruptor for Congress and the perfect antidote to the two radical Congressmuslims