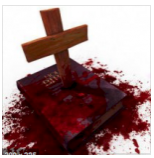 Atrocities against religious minorities continue unabated in the Islamic terror state of Pakistan. A Christian man, Nadeem Joseph (below), was shot dead by his Muslim neighbor for purchasing a house in the Muslim dominated neighborhood of Peshawar…just because he was a Christian. 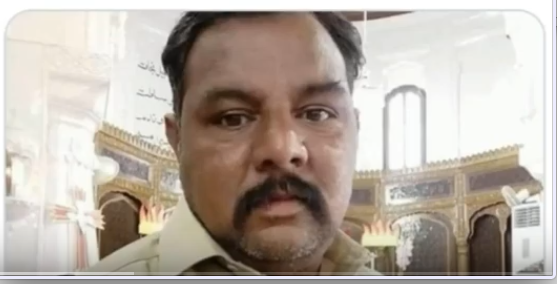 OpIndia (h/t loco) Two members of a Christian family were shot for buying a house in a Muslim neighborhood of Khyber Pakhtunkhwa province. Nadeem Joseph and his mother-in-law Elizabeth Masih were brutally attacked by Salman Khan and his sons a few days after Nadeem Joseph bought a house in TV Colony in Peshawar, Pakistan on June 4, 2020.

Police have arrested several members of Salman Khan’s family in connection with the incident while he still remains on the run. Police are in the lookout for Salman Khan, who Joseph alleged, started harassing him the day he shifted to the colony.

Chances are nothing much will happen to him even if they arrest him. 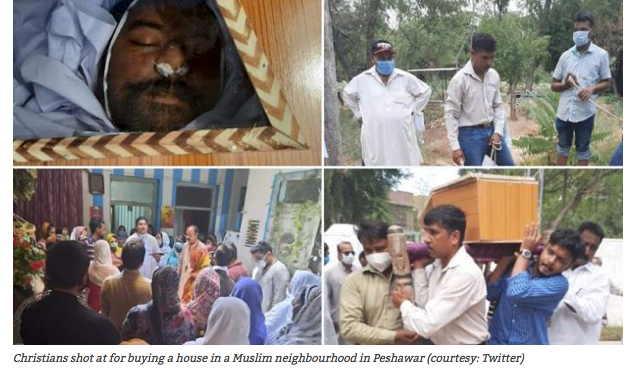 According to Pakistani activist Rahat Austin, Nadeem Joseph who remained admitted in the hospital after the attack, succumbed to his injuries after he was operated on for the fifth time on June 29, 2020.

While in hospital, Joseph in a recorded message had said: “I am feeling scared even in the hospital. I fear my life and my family.” He added: “I purchased the house in TV Colony a month ago. I still have to make the full payment, but Salman Khan, a Muslim man who lives opposite my house, wasn’t happy about it. He started harassing us and asked us to leave.”

Salman allegedly told Joseph and his family that since the entire neighbourhood was Muslim and that Christians (like Jews) are enemies of Islam, they could not stay there.

A Pakistani Muslim forced a 13-year old Christian girl to convert to Islam at gunpoint.

Christian boy under constant harassment by his Pakistani Muslim teacher for not converting to Islam, was beaten brutally for not doing his homework.

In Pakistan’s village of Bughyana, a Muslim landlord killed a Christian  because he was a Gospel singer and the landlord didn’t like Gospel songs. So, he attacked the man’s house, kidnapped him and tortured him in many different ways, including electrocution for days, until he died.