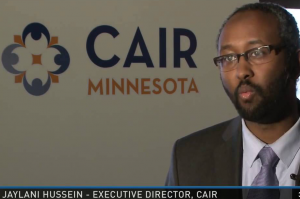 The Minnesota chapter of designated terrorist group CAIR (Council on American-Islamic Relations) today called on public and law enforcement officials in Stillwater, MN, to take concrete actions to ensure the safety of members of the Muslim community after bikers allegedly harassed and intimidated a Muslim mother and her child.

City Pages On Saturday, Sophia Rashid took her four-year-old daughter out for a night of dinner and coloring at Leo’s Grill & Malt Shop in Stillwater.

In an agonizingly long and  boring  Facebook post, “Drama Queen” Rashid depicted an idyllic scene of perfect weather and “amazing hamburgers” with her daughter. Things took a turn when she noticed men in biker gang attire coming up to the patio, making eye contact with her, and seeming to motion at Rashid and her daughter. Some of the bikers’ vests bore a logo of a skull with wings, and the words “Aryan Cowboys.” 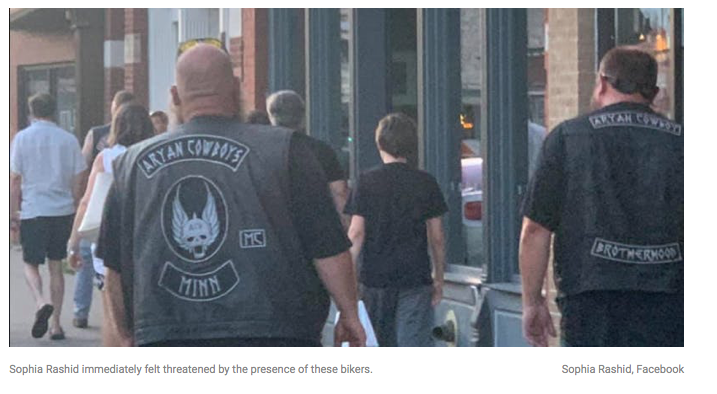 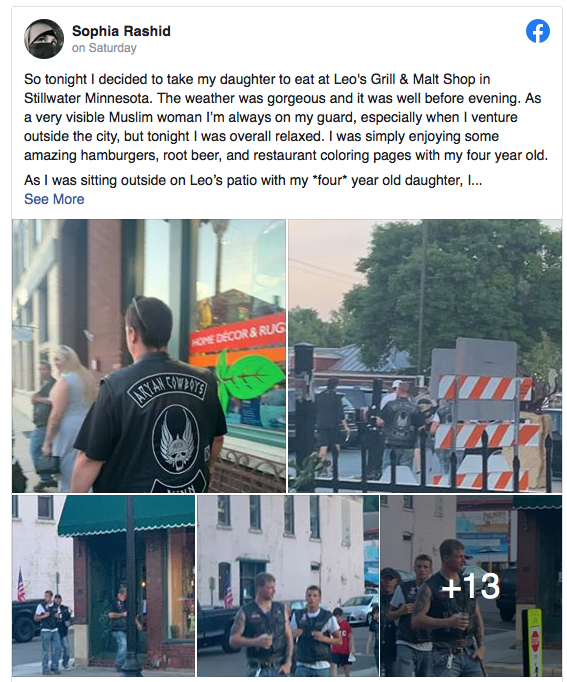 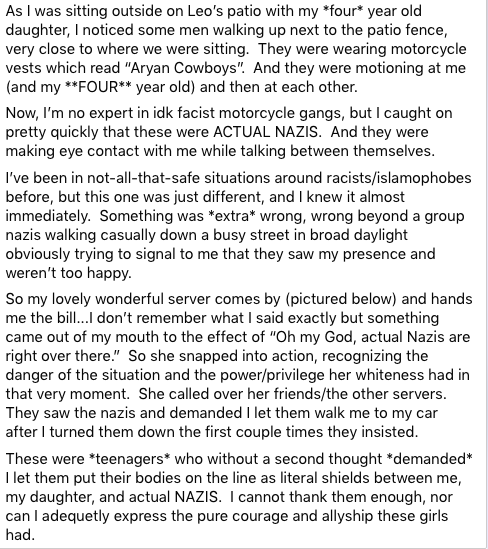 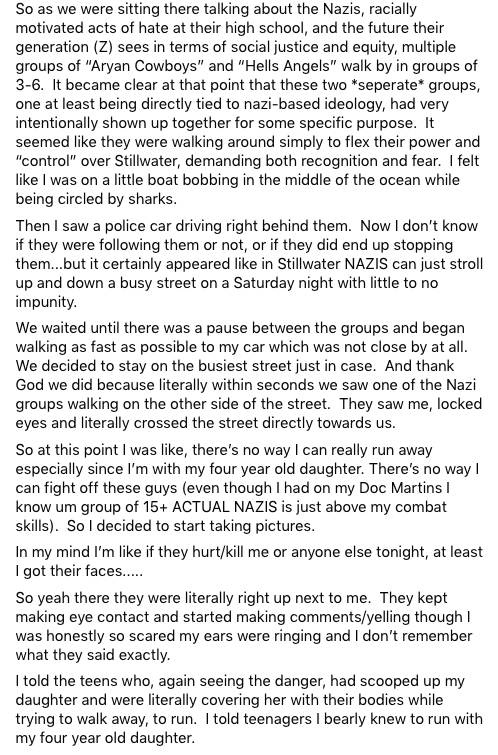 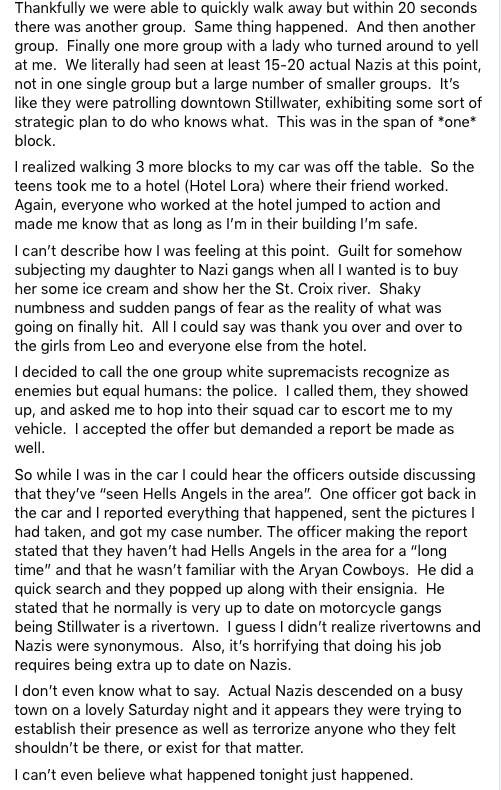 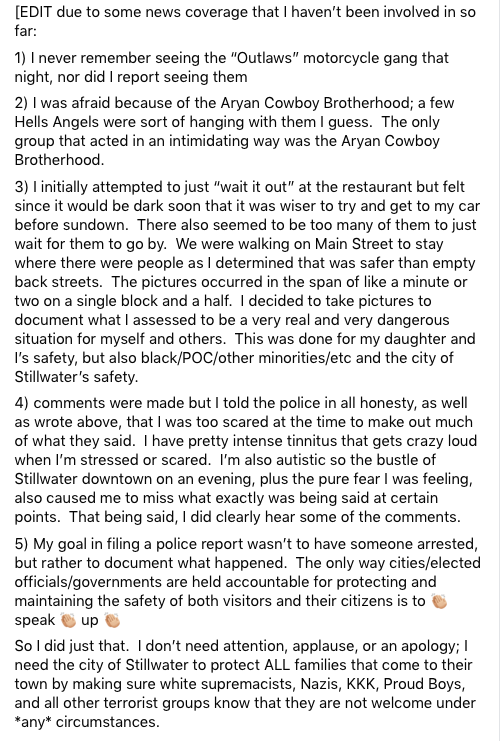 Some of the comments were interesting: 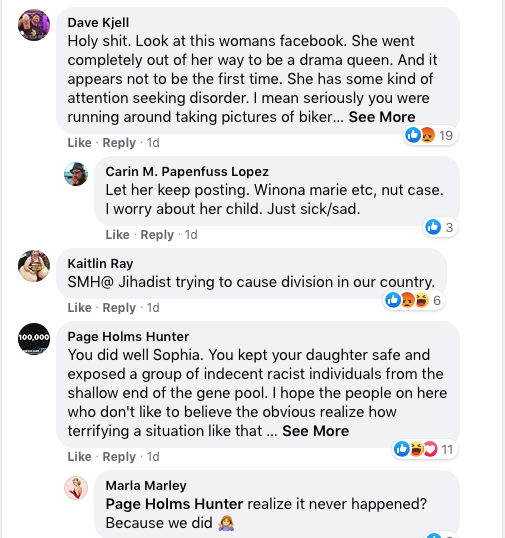 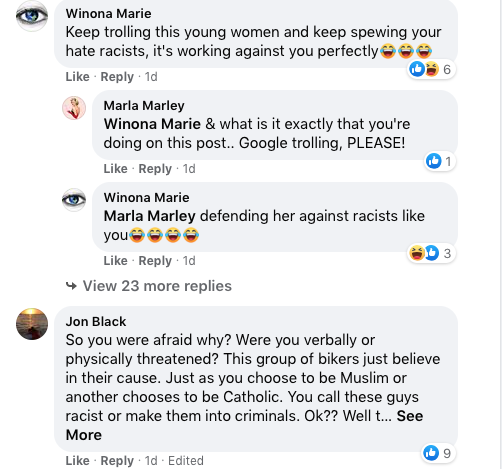 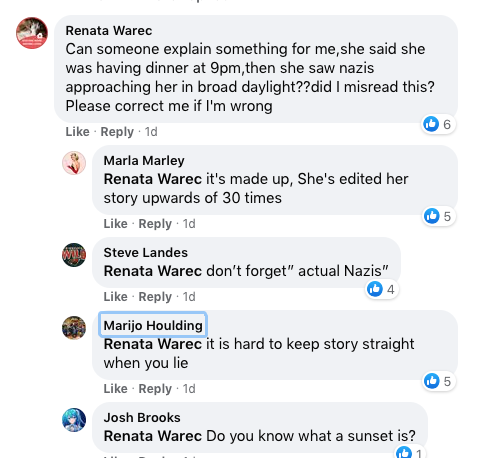 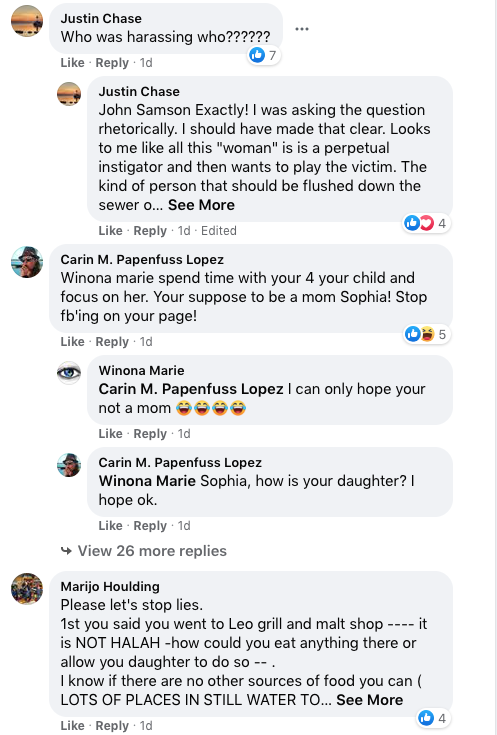 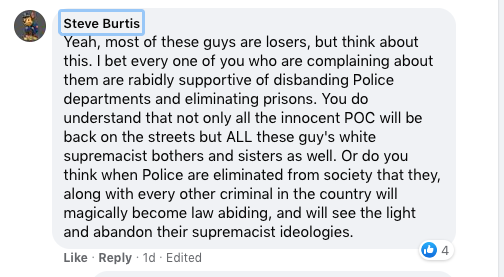 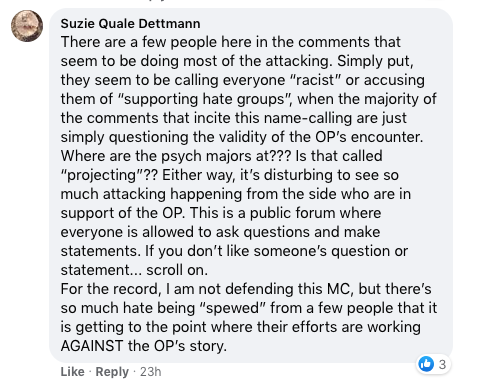