An Afghan migrant imported by German Chancellor Angela Merkel stabbed his ex-wife, also from Afghanistan, to death in a bus full of school children in Obergünzburg in the Allgäu region of Germany. 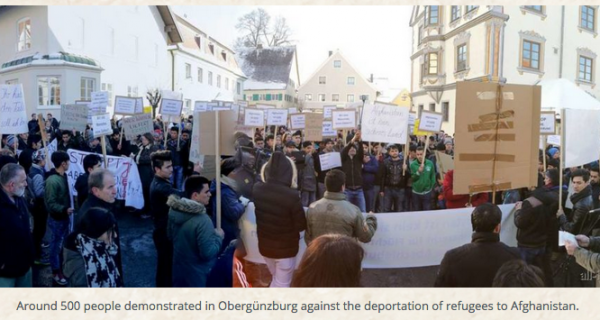 RAIR Foundation  In 2017, the Asylum Helper Group of Obergünzburg held a largely attended demonstration against migrant deportations of Afghanis which they considered “inhumane,” despite the fact that their asylum applications were rejected by the German government.

The illegal 37-year-old Afghani already had a police record because of an earlier assault on his separated wife from November 2019. His deportation might have saved the woman’s life and protected German children from witnessing the horrible slaughter.