A 53-year-old unidentified (Muslim) man in the French commune of Le Crosic has been sentenced to 18 months in prison after robbing an 85-year-old, beating him, and defecating on him. This man has already been convicted for 19 crimes, including murder. (Yet, they still won’t publish this Muslim savage’s name or photo or even identify him as a Muslim)

Breitbart The incident took place on May 29th earlier this year and saw the man open the window of the elderly man’s home and steal clothing, a telephone and three knives. Initially, he left the home but returned later after he had left his shoes there.

The 85-year-old, who was home at the time, confronted the man when he returned and attempted to stop him. The pensioner was then beaten by the 53-year-old (Muslim) man with several punches and while the 85-year-old was on the ground, the Muslim attacker defecated on him and smeared faeces on his head, France Bleu reports.

Police later arrested the 53-year-old (Muslim) who threatened to kill them, shouting, “Allahu Akbar, I’m going to come back with a car, smash everything, make carnage.”

And they wonder why people in France hate Muslims. 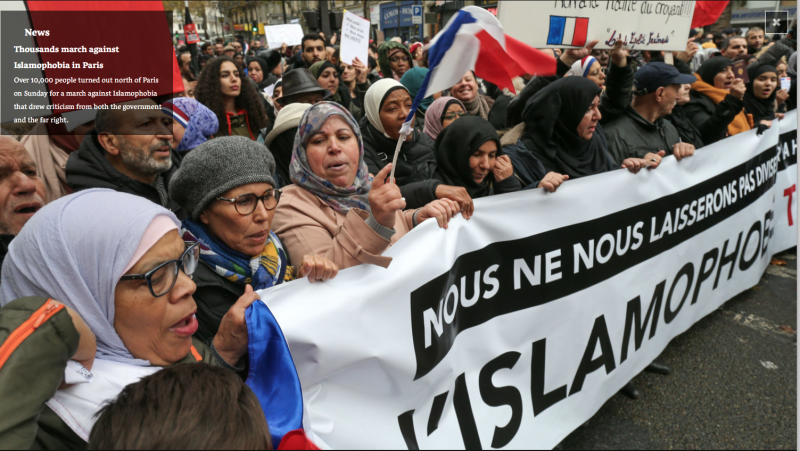 The court handed down a 24-month sentence but six months were suspended (For what, good behavior?). The man will be subject to two years of probation and is banned from Le Croisic. (Big frickin deal. Thats nothing.)

The “Allahu Akbar” phrase was also yelled earlier this year by a knifeman in Metz who attempted to attack police with a knife but was subdued after officers shot him in the leg.

The incident came just days after two other attacks in which people used the phrase in Paris, where one person died, and in Germany, where a Turkish national attempted to attack police with a knife.