Leaders in the African-American community are urging the NYPD to deal with the recent violent crime surge in the city by reinstating the plainclothes police unit. The department recently dismantled the unit as calls to “defund the police” exploded in wake of the death of George Floyd. 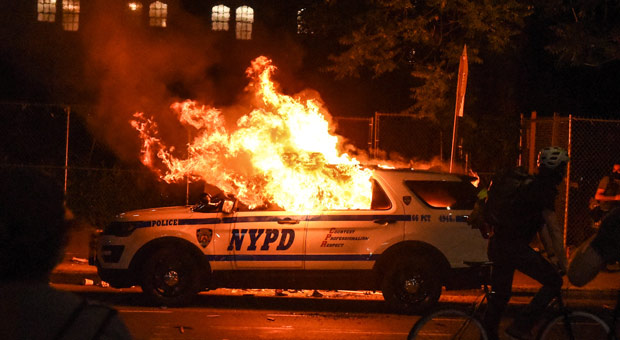 Neonnettle  According to CBS New York, Brooklyn Borough President Eric Adams, a former cop, “became the second member of the African-American community to call on the NYPD to stop the violence by re-instituting the Anti-Crime Unit.”

The unit was a group of undercover cops tasked with getting guns off the city’s streets. Since the unit was shut down, shootings have skyrocketed.

Marxist Rep. Alexandria Ocasio-Cortez (D-NY) claimed that the crime surge is happening because people need some “bread” or they were “scared to pay their rent.”

Meanwhile, a Long Island sheriff has warned that New York City authorities are “starting to lose control“ of the skyrocketing violence after two elderly men were stabbed with scissors on the subway in NYC last week. 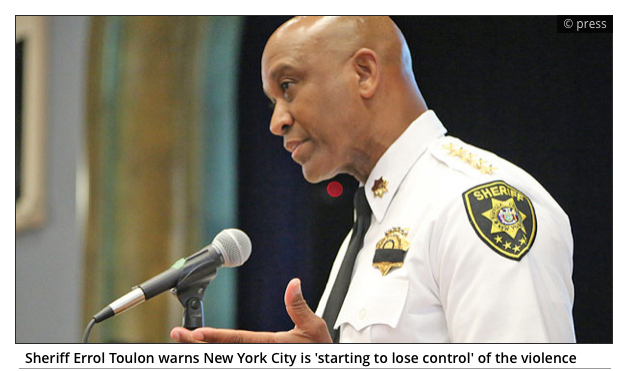 “When you see the vandalism in all our own communities – when you see the assaults, you see Molotov cocktails being thrown at law enforcement vehicles, you have to start to realize that, we’re starting to lose control,” warned Suffolk County Sheriff Errol Toulon.

“And once we start to lose control, we’re not losing control to peaceful protesters, these are criminals,” Sheriff Errol Toulon told Fox News.  “And so once we start to relinquish authority to them, we’re going to have chaos in our streets.”

President of the New York City Police Benevolent Association, Patrick J. Lynch, torched Mayor Bill de Blasio and the city council for the surge in violent gun crime, saying they have given “given our streets back” to criminals. Lynch accused de Blasio of “cowardice” in the face of Black Lives Matter protests and escalating crime. 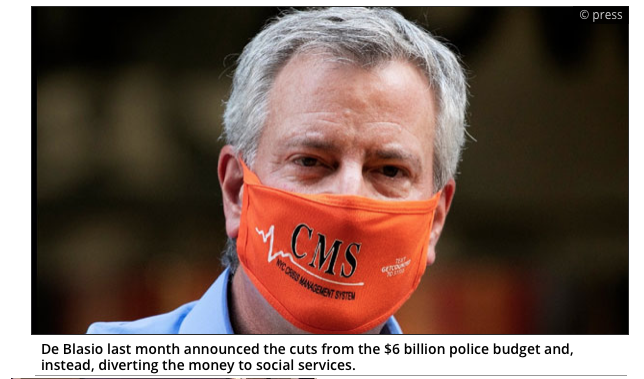 “Our city council, our mayor’s office, and the state legislature have handcuffed police officers and given the street back to the criminals,” said Lynch. “They demonize police officers; they change the rules, where it’s impossible to do our job, and the criminals take advantage,” he added.

“They’re not going to stop at a billion dollars [cut from the NYPD budget], they don’t want police officers on our streets,” Lynch said, referring to the“defund the police” movement.

Don’t be surprised if Donald Trump carries a large percentage of the Black vote in 2020.