Forced to abandon their dream of a far-left, Muslim-pandering Bernie Sanders presidency, Muslims have shifted their focus to Joe Biden – who recently hired an Islamic supremacist for his campaign. 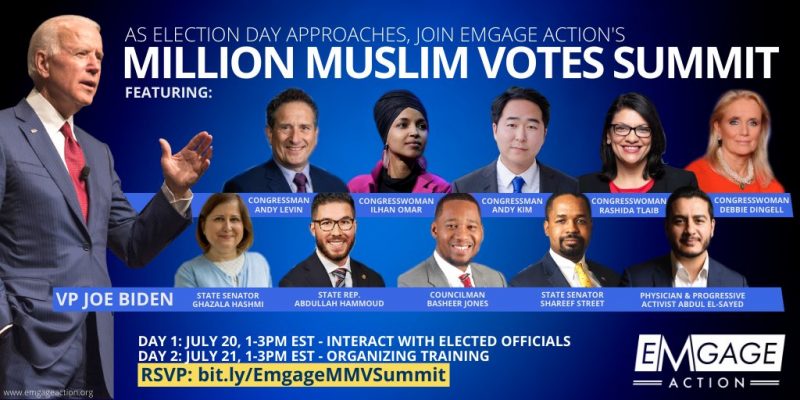 Creeping Sharia  Joe Biden will address the nation’s largest Muslim American PAC on Monday, as the presumptive Democratic presidential nominee continues to reach out to groups he didn’t court during the primary.

FYI: Muslims have been front and center at Antifa and BLM riots for nearly two months, with terror-linked CAIR admitting they are “regulating” the violent rioters in at least one city. 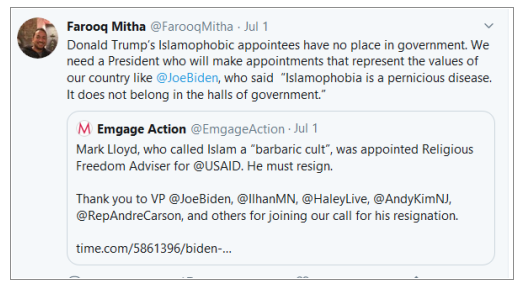 Clarion Project  Joe Biden said he was “honored” to receive an endorsement from Emgage, a Muslim political action committee that recently partnered with a Muslim Brotherhood front group.

Similar to how radical Left-wing members of the Democrat party have been able to sway mainstream Dems away from their previous centrist ideologies, this radical Islamic organization is putting their stakes down in the party by endorsing Biden.

The first words out of Biden’s teleprompter at the online Million Muslim Votes Summit were: ” I wish we taught more in our schools about the Islamic faith.”

Last summer, Emgage – a group backed by George Soros — joined forces with the Islamic Society of North America (ISNA) by hosting a presidential forum at ISNA’s convention in Houston in August 2019.

The U.S. Justice Department lists ISNA as an “entity” of the Muslim Brotherhood, a radical and often violent arm of the Islamist global political project. The Brotherhood’s goal is a worldwide caliphate with all of humanity living under sharia law. ISNA shares that goal.

The Trump administration is currently considering designating the Brotherhood as a domestic terrorist organization.

Speakers at the ISNA conference included an array of radical Islamists, including:

BELOW: More about Emgage’s terrorist ties

The founder and chairman of Engage, Khurrum Wahid, is primarily known for defending Islamist terrorists charged by the U.S. government. Wahid has defended:

Emgage has also partnered with CAIR, another Muslim Brotherhood-linked organization which has a history of supporting Hamas.

Emgage was founded in 2006 by Khurrum Wahid, a defense attorney for many of the world’s most notorious terrorists and former lawyer for the Hamas-related Council on American-Islamic Relations (CAIR). According to the Miami New Times, Wahid, himself, was placed on a federal terrorist watch list, in 2011.

Both CAIR and Islamic Relief, a group that has been banned in a number of countries, are listed as ‘Partners’ on Emgage’s most recent annual report. Emgage is a member organization of the South Florida Muslim Federation (SoFlo Muslims), a terrorist umbrella group for South Florida’s various radical Muslim outfits, and Emgage holds events at terror-related mosques. 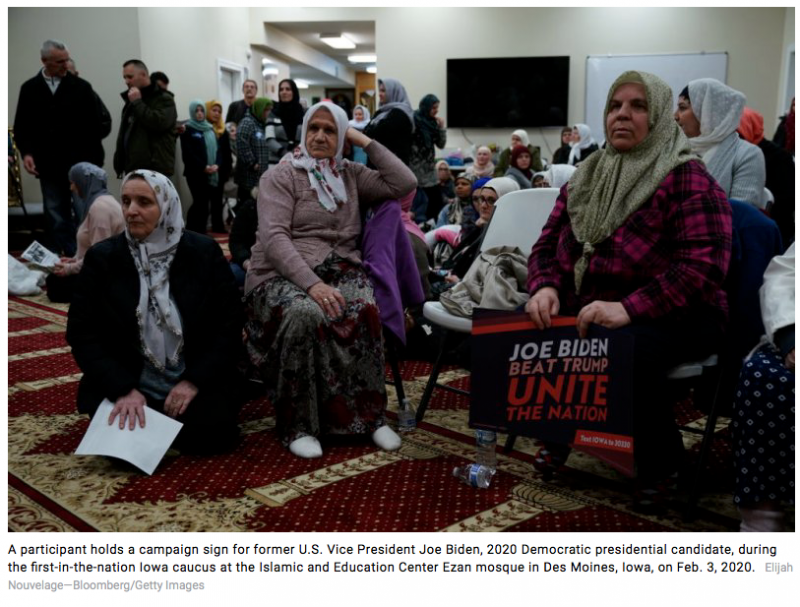 Wa’el Alzayat, the chief executive of Emgage Action, said in a statement. “The Million Muslim Votes Summit is the culmination of this work, and it is with great honor that Vice President Joe Biden is partnering with Emgage Action to engage with Muslim American communities and help galvanize us towards the polls this upcoming November.”

Biden is e the first Democratic nominee to address the group, which has active chapters in the swing states of Florida, Michigan and Pennsylvania. He was criticized for skipping last year’s Islamic conference, and Emgage would go on to endorse Sanders for president.

Biden would take in 2 million more purely economic (aka welfare seekers) immigrants on his first day in office.