Meherunnisa Jobaida, the muslim woman who used a fake name when filing to run for office, has been defeated in the primary election for New York State Assembly, District 37. 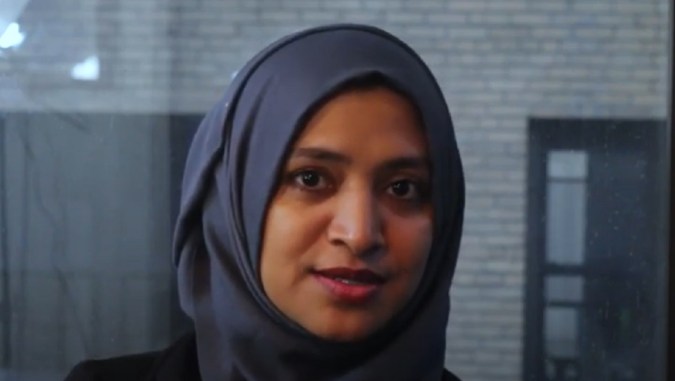 DeplorableKel When filing paperwork to run for office, Jobaida used her “nickname”, Mary, instead of her real name Meherunnisa. After this was revealed, the Board of Elections removed Jobaida from the ballot, but later, a Queens County Supreme Court Judge ordered Jobaida be put back on the primary ballot.

Jobaida was defeated by Catherine Nolan in the Democratic primary election on June 23 2020. 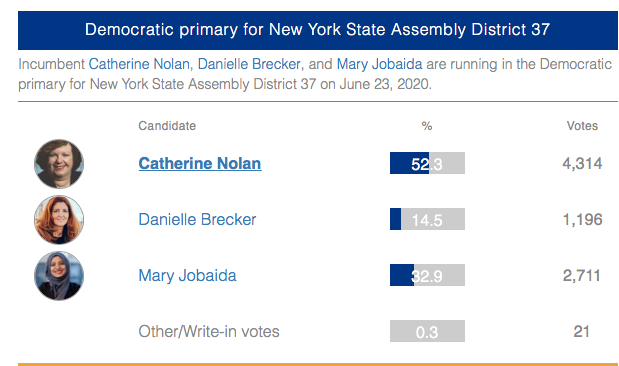 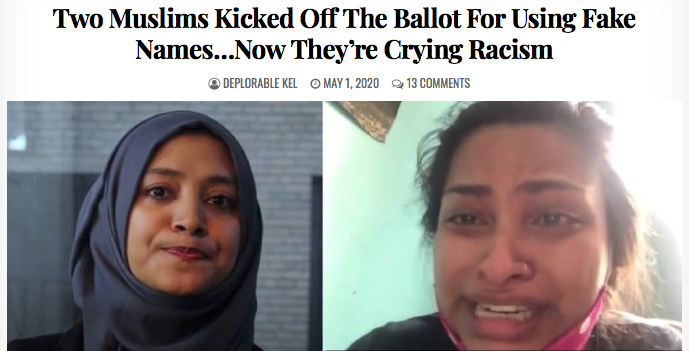 DeplorableKel Two muslim Bangladeshi candidates have been removed from the ballot in Queens NY for using fake names.

“Mary” Jobaida, who seeks to unseat state Assemblywoman Cathy Nolan (D-Long Island City), and “Moumita” Ahmed, who is running for Democratic district leader in Assembly District 31, were both removed from the ballot by the Board of Elections after it was revealed that the names they’re running under do not match those under which they’re registered to vote.

The women claim that they were wrongfully removed from the ballot and that not being allowed to use their nicknames is racism and discriminatory. Along with their lawyer, Ali Najmi, the women are fighting to be put back on the ballot in court.

Ahmed also uploaded a video of herself crying and throwing a fit about being removed from the ballot. Ahmed cries, “The Board of Elections is so racist and it’s their fault!” She then calls the BOE irresponsible, even though SHE was the one to file paperwork using a nickname! And wait for it…Yes, she also blamed white people. See  her in the video below.

A big Ramadan mubarak to me from @BOENYC. They rejected my name change because I never sent back a letter I never got from them.

NOTE: The letter was not certified mail. I never got it.

They are taking me off the ballot because my mailman didn’t do his job during #COViD19. pic.twitter.com/B1Yahsjtu7

The women called for the Bangladeshi community and “allies” to demand the Mayor and the Governor condemn the BOE ruling and restore their names on the ballot.

And this friends, is a perfect example of playing the victim while breaking the rules. These women knew damn well they were suppose to use their real names, but for some reason decided to file legal paperwork using nicknames, and now they scream racism and that it’s the white man’s fault. Typical.

UPDATE: Supreme Court Judge Leonard Livote ruled that the women’s names be put back on the June 23 primary election ballot

Despite the fact that the stupid leftist NY court ordered both pf these lying Muslim bitches be put back on the ballot, they both lost in the primary election: