Without the existence of a Caliphate, there is no legal basis for offensive jihad, or war against the unbeliever for conquest. But once a Caliphate is established, there is legal basis under the Sharia law to wage offensive jihad for the purpose of Islamic manifest destiny. In other words, wars of conquest of infidel (non-Muslim) territory. 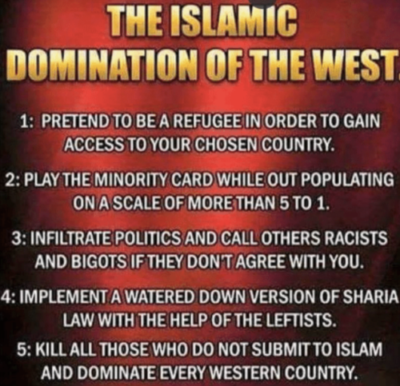 RAIR Foundation According to Gatestone Institute, A Six Country Immigrant Integration Comparative Survey (SCIICS) conducted 9,000 telephone interviews in Germany, France, Netherlands, Austria, Belgium and Sweden, two-thirds of the Muslims interviewed said that religious rules were more important to them than the laws of the country in which they lived.