And she whines that the NYC Police (NYPD) didn’t want to help her. Maybe that’s because her promoters at CAIR have been calling for the defunding/dismantling of the police around the country. Notice she made two videos, one before she was fully coached by CAIR, and one after, where she spews CAIR’s long list of “Islamophobia” talking points. 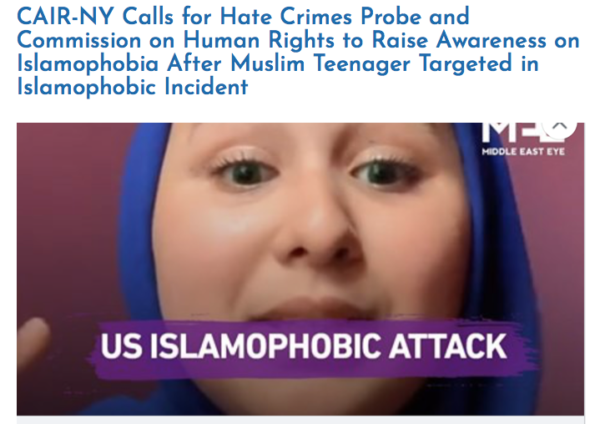 Designated terrorist group CAIR (Council on American Islamic Relations) today called on the NYPD to initiate a hate crimes probe after a young woman wearing a hijab was assaulted with a bottle of urine and Islamophobic slurs (Or so she claims). CAIR also called on the Commission on Human Rights to increase awareness on Islamophobia to stem the tide of bias incidents.  (CAIR is overly obsessed with the fake term “Islamophobia” when they should be trying to understand why non-Muslims hate them so much)

According to CAIR, the “victim” of the alleged incident is Somaia Harrati, a 17-year-old American Moroccan Muslim woman that wears hijab, a religious head covering. According to the victim, on August 10 while waiting at a bus stop on Zerga and Westchester in the Bronx, young teenagers began allegedly throwing empty bottles at her and the small group of individuals at the bus stop.

Ms. Harrati approached the teenagers, who were at the subway platform overlooking the bus stop and asked them to stop their conduct. (So she engaged them? I guess she wasn’t very afraid. What did the rest of the group do? And why aren’t there any witnesses among them?) 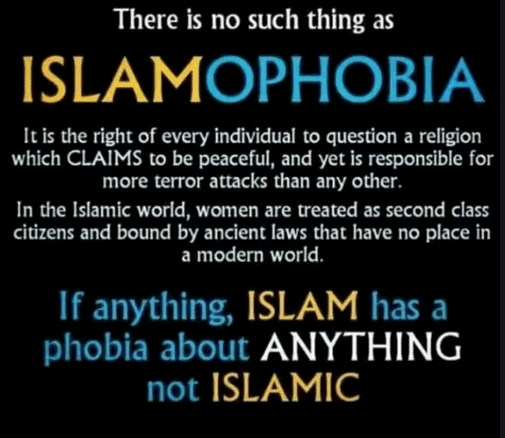 Once Ms. Harrati returned to the bus stop, the teenagers threw a bottle of Mountain Dew that they claimed was filled with urine at her (It wasn’t). The teenagers yelled Islamphobic and disparaging slurs at Ms. Harrati, including calling her “Bin Laden” and yelling “Allah Akbar” during the incident.  The teenagers also made denigrating comments about Ms. Harrati’s hijab.

While Ms. Harrati called and waited on the NYPD, the teenagers entered the subway and left the scene.  Once police arrived, they informed Ms. Harrati that there was nothing they could do and allegedly did not file a report.  According to Ms. Harrati, the responding officers did not provide her any documentation or a police report number (They obviously didn’t believe her, knowing Muslims as they do) 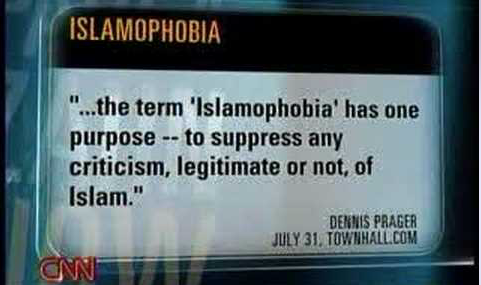 “This incident is very disturbing on many levels. The NYPD needs to explain to the Muslim community and the public why Somaia was not provided a complaint number which indicates that the officers did not write up the incident. (No, they don’t, especially if they don’t believe her)

Accordingly, the NYPD must initiate a hate crimes probe. The Commission on Human Rights has a role to play in combating hate in our city, and we call on the Commission to raise awareness about Islamophobia and the struggles of Muslim women that chose to wear a hijab. (Yeah, right, I’m sure they have nothing better to do)

These teenagers need to learn that this conduct is unacceptable and make amends by sincerely apologizing to Somaia and engaging in education about Islam, Islamophobia, and the beauty of the hijab.” (In your dreams, NOT in Donald Trump’s America is that ever going to happen)