Saaba Mahmood, 36, who illegally pocketed state benefit handouts on behalf of her aunt and uncle over a five year period – even though she knew they were living in their native Pakistan – has been spared jail after she offered to enroll in a taxpayer-funded program to help her realize her crimes were not ‘victimless.’ 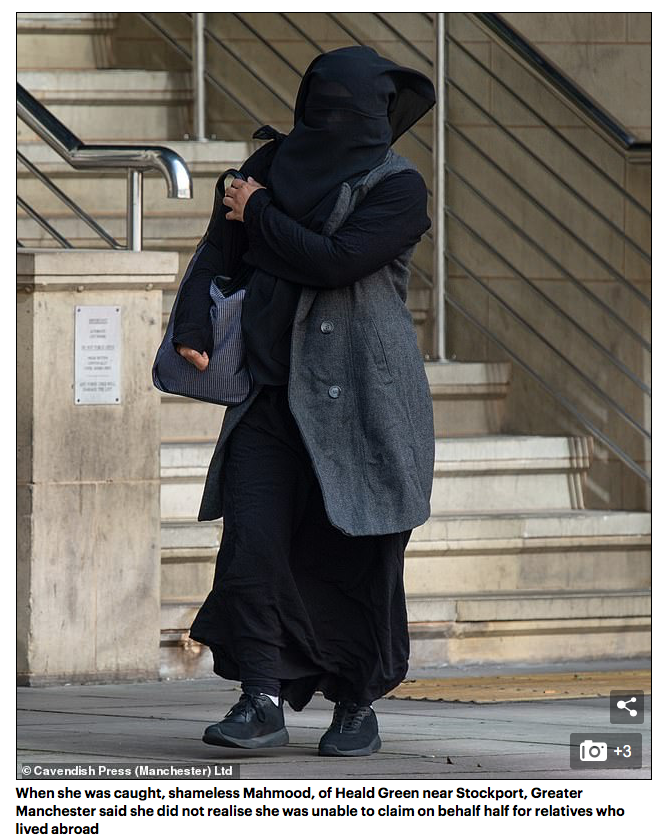 Daily Mail (h/t Lisa) When she was caught, shameless Mahmood, of Heald Green near Stockport, Greater Manchester said she did not realize she was unable to claim on behalf of relatives who lived abroad.

She also claimed she ‘lacked skills in understanding how to live in society as a responsible adult’ and added that she did not realise her offences were not ‘victimless crimes.’

‘She claimed Disability Living Allowance on behalf of her aunt between January 2013 and September 2018, and Employment Support Allowance between February 2013 and October 2018. 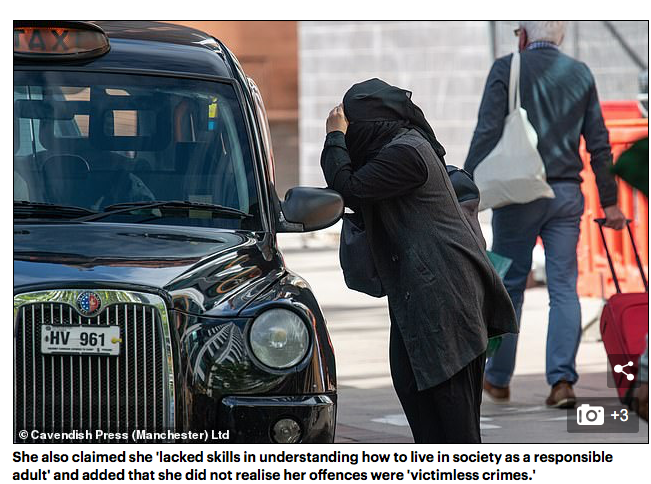 At Minshull Street Crown Court in Manchester, Mahmood admitted four charges of failing to disclose information to make a gain and one offence of fraud but was given 16 months jail suspended for 18 months. Instead, she will also now take part in a 15-day offenders program estimated to cost £1,500.

Mahmoud defense lawyer Isobel Thomas argued against taking her into custody, saying it will have a significant harmful impact on others. She has eight children aged between one and 13 who have to go into foster care as her husband has schizophrenia and is unable to care for them.

No doubt, all eight of her children are inbred as are the vast majority of Pakistani Muslims, which means British taxpayers will be supporting them, and any more she can manage to push out, for the rest of their lives.