The “NO BAN ACT” (Bill #S.1123) passed the Democrat-controlled House on Aug. 17th. Now it must be voted on by the Senate, where it has little chance of passing. But you never know, considering all the RINOS there. That’s why you must contact your Senators and ask them to vote NO on the “NO BAN ACT,” if and when it is ever brought to a vote. 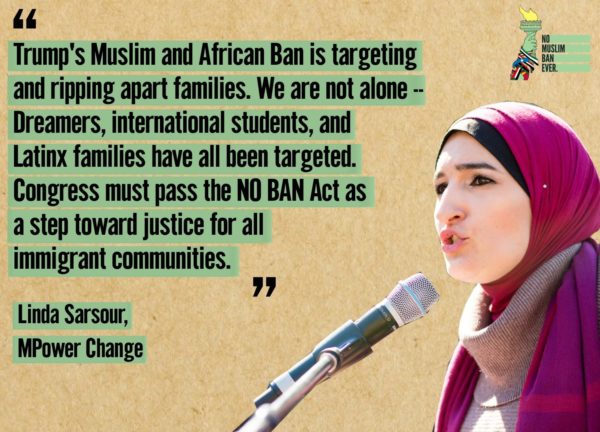 act.newmode According to Linda Sarsour and designated terrorist group CAIR, the NO BAN Act has passed the House of Representatives in a landslide 233-183 vote. If we Muslims keep the pressure on, we can win.

Next stop: take our demands for a complete and total passing of the NO BAN Act directly to our lawmakers in the Senate.

We need to act—join us now to demand that all members of the Senate act to #RepealTheBan and pass the historic NO BAN Act—with no weakening amendments.

In addition to the five Muslim countries – Iran, Libya, Somalia, Syria, and Yemen (as well as Venezuela and North Korea) – already included on Supreme Court-approved Trump’s Travel Ban, seven more countries are rumored to be on the next list. The scope of the restrictions will vary from country to country, but will apply to Nigeria, Sudan, Tanzania, Eritrea, Myanmar, Kyrgyzstan and Belarus, according to the source.

I have revised the suggested letter that Linda Sarsour posted for you to send to your Senators as follows:

Hi, my name is [—-] and I am an opponent of the #NoMuslimBanEver campaign.

I urge you to VOTE AGAINST the NO BAN ACT (S. 1123) as it is. Period. Don’t allow it to be not watered down with bad amendments

People like Linda Sarsour and the radical Congressmuslims, Ilhan Omar and Rashida Tlaib are spending tax dollars trying to repeal the ban that has kept the country safe from Islamic terrorist attacks since President Trump signed the bill and the Supreme Court ruled that is was legal and constitutional.

I’m asking you to stand with American citizens like me, and publicly oppose the NO BAN ACT, which seeks to allow persons from countries that support terrorism against the West to enter our country at will. 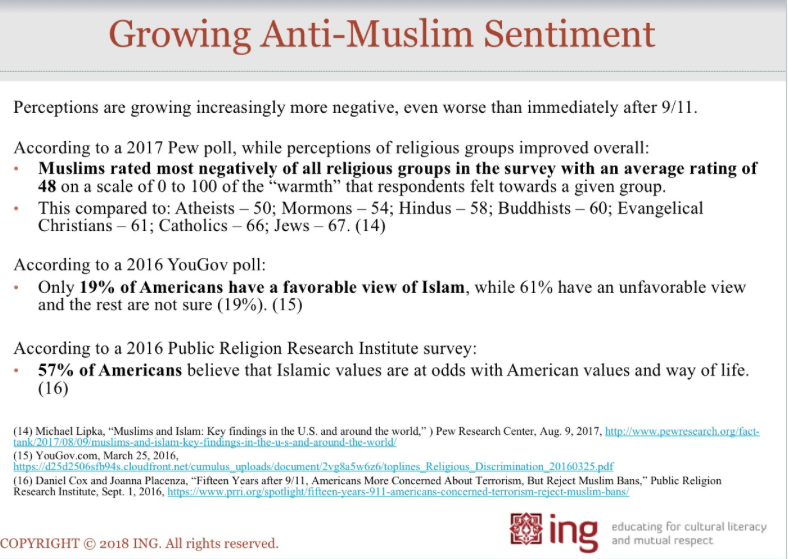 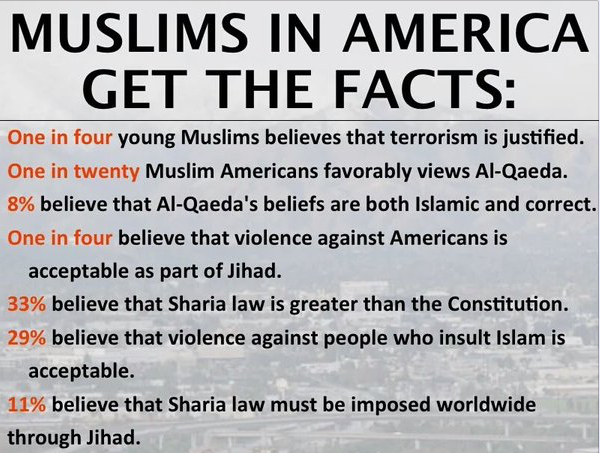