British artist Banksy bought a £860,000 ex-French navy boat and converted it into a an illegal alien human trafficker vessel which has become stranded in the Mediterranean Sea with a dead African Muslimonboard after the ship became stranded in the ocean because of dangerous overcrowding (double the legal capacity). 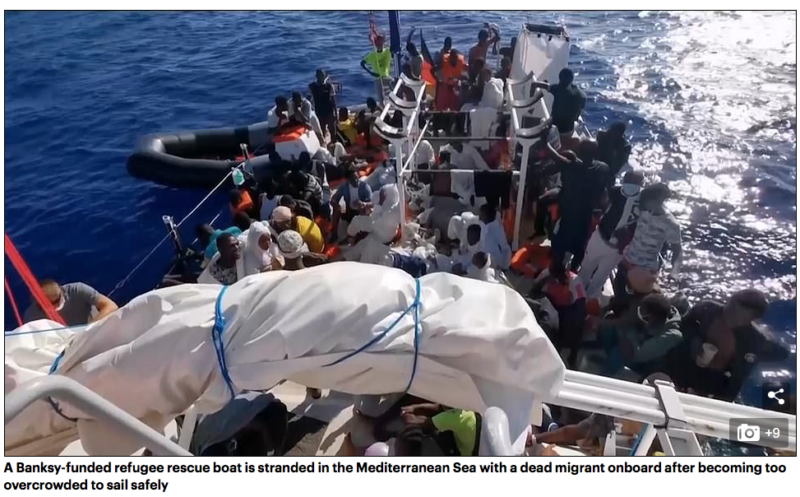 Daily Mail (h/t Lisa) The boat’s captain is now pleading for help but claims that emergency calls to the coastguard in nearby Malta for assistance are being ignored.

There are more than 200 people on board the Louise Michel, including 10 crew members, with dozens of illegals suffering from fuels burns and dehydration after days at sea. Ship’s captain says emergency calls to coastguards for assistance are being ignored. 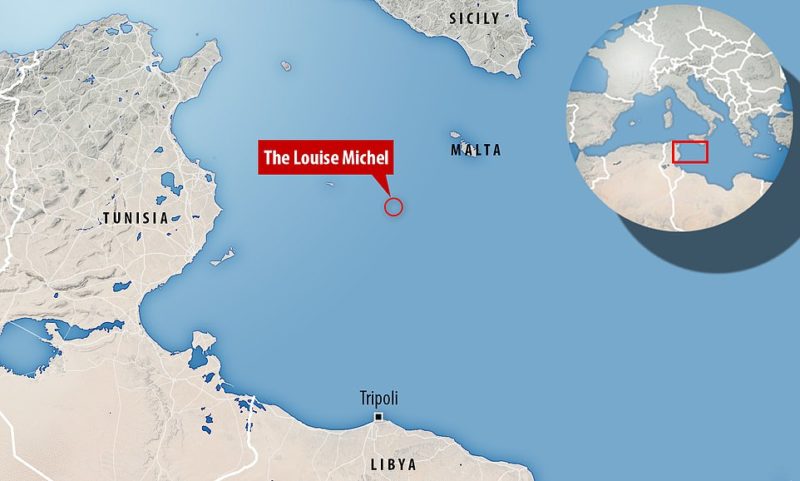 The former French navy boat – launched last week featuring a Banksy painting depicting a young girl holding on to a heart-shaped safety float – is currently off the coast of Malta.

It is being captained by Pia Klemp, a human rights activist from Germany who has previously commanded rescue vessels in the Mediterranean and claims to have saved 1,000 illegal invaders between 2011 and 2017.

Posts from the ship’s twitter account say it is ‘unable to safely move and nobody is coming to our aid’.

Another read: ‘We repeat, #LouiseMichel is unable to safely move and nobody is coming to our aid. The people rescued have experienced extreme trauma, it’s time for them to be brought to a #PlaceOfSafety. We need immediate assistance.’ 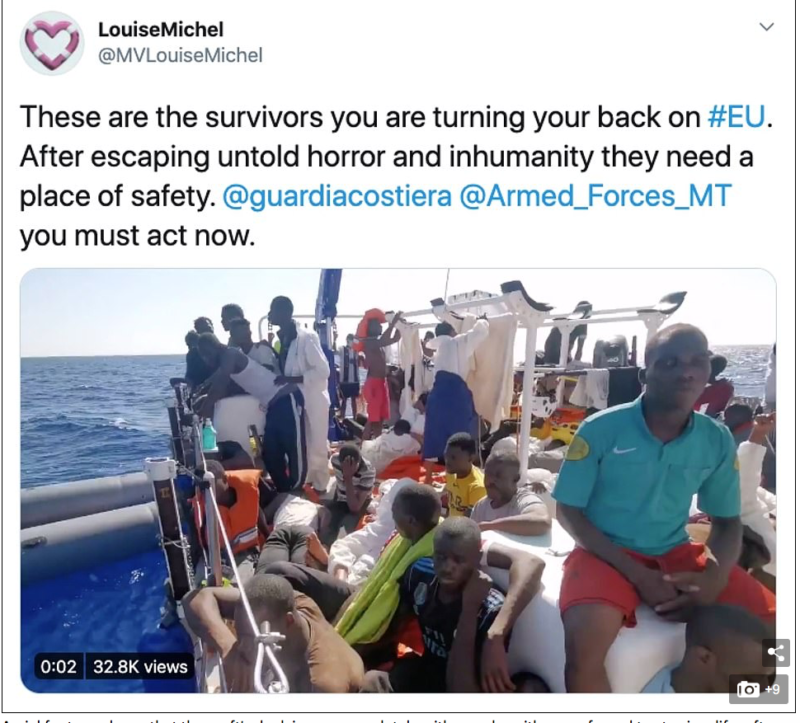 They also posted a summary of a series of calls for assistance made to various authorities, but claim they got no answer or were told there was no assistance available, the account said. 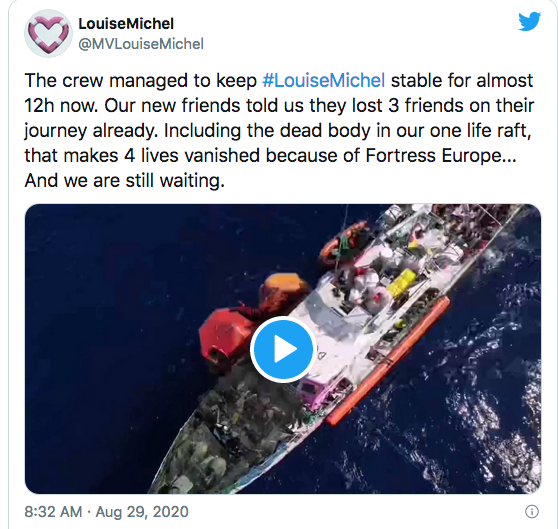 The vessel has already carried out a number of rescue missions, according to its Twitter account, and on Friday evening said it had assisted another 130 people, including many women and children.

At that point it said it was ‘safeguarding 219 people with a crew of 10’. An earlier tweet said there was ‘already one dead person on the boat’.

Stupid Italy finally caved in and went to their rescue.