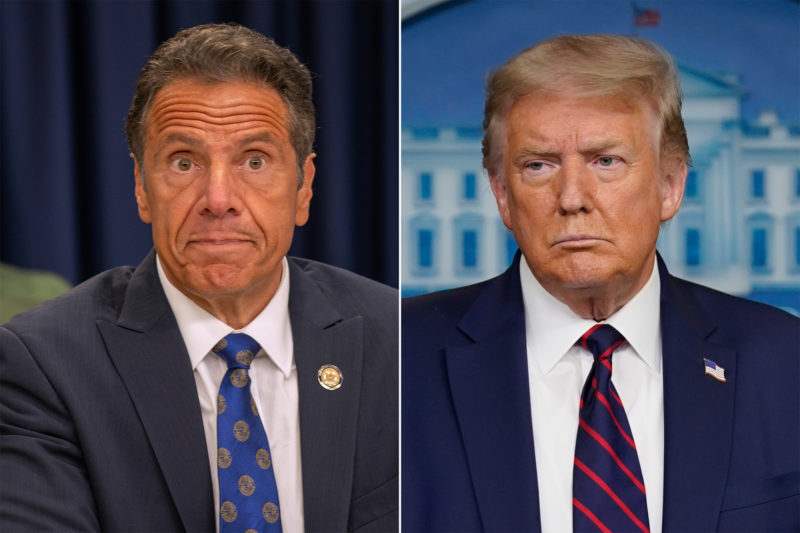 NY Post Cuomo called an emergency press briefing within a half hour on Wednesday night to tear into Trump for the order, which cites New York’s rising murder rate and defunding of the NYPD.

“He better have an army if he thinks he’s gonna walk down the street in New York. But Cuomo wasn’t done. “He can’t have enough bodyguards to walk through New York City, people don’t want to have anything to do with him.”

18 U.S. Code § 871.Threats against President and successors to the Presidency:

Trump orders review to defund NYC and other ‘anarchist’ cities President Trump is ordering the federal government to begin the process of defunding New York City and three other cities where officials allowed “lawless” protests and cut police budgets amid rising violent crime, the NY Post can exclusively reveal.

Trump on Wednesday signed a five-page memo ordering all federal agencies to send reports to the White House Office of Management and Budget that detail funds that can be redirected. 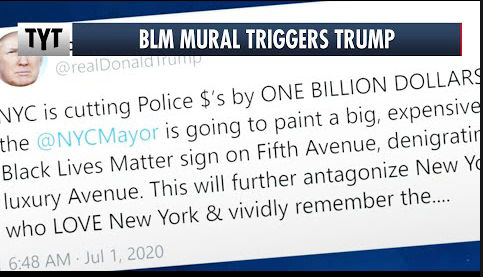 New York City, Washington, DC, Seattle and Portland are initial targets as Trump makes “law and order” a centerpiece of his reelection campaign after months of unrest and violence following the May killing of George Floyd by Minnesota police.

“My Administration will not allow Federal tax dollars to fund cities that allow themselves to deteriorate into lawless zones,” Trump says in the memo, which twice mentions New York Mayor Bill de Blasio by name. 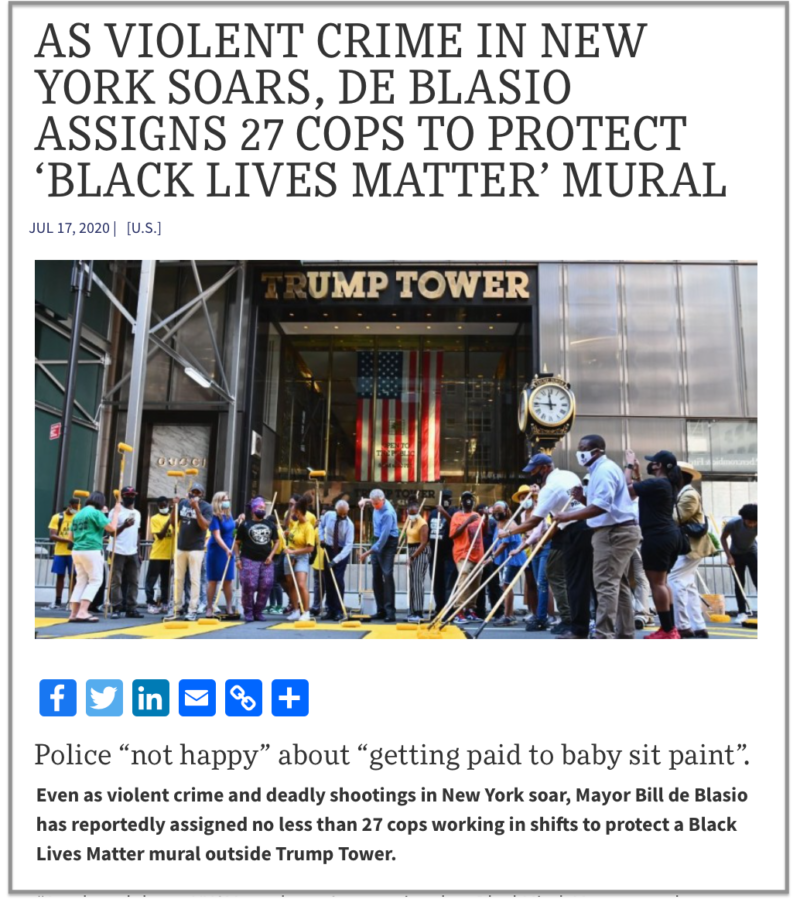 “To ensure that Federal funds are neither unduly wasted nor spent in a manner that directly violates our Government’s promise to protect life, liberty, and property, it is imperative that the Federal Government review the use of Federal funds by jurisdictions that permit anarchy, violence, and destruction in America’s cities.”

The amounts of money impacted by Trump’s order could be massive. New York City, for example, gets about $7 billion a year in federal aid. 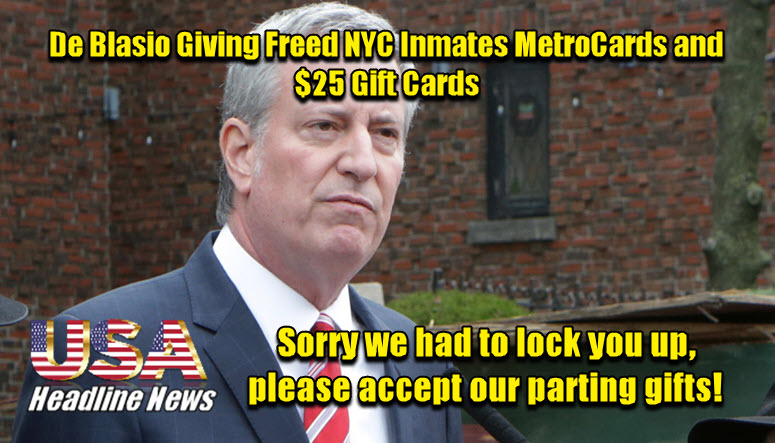 New York is named because of a crime wave as officials cut police funds. The city had a 177 percent spike in shootings in July compared to last year. The City Council approved a budget in July that cuts $1 billion from the NYPD’s $6 billion annual budget and eliminates $537 million in capital spending.

The memo says that “in New York City, city officials have allowed violence to spike.” “In light of this unconscionable rise in violence, I have offered to provide Federal law enforcement assistance, but both Mayor de Blasio and Governor Andrew Cuomo have rejected my offer,” Trump says in the memo. 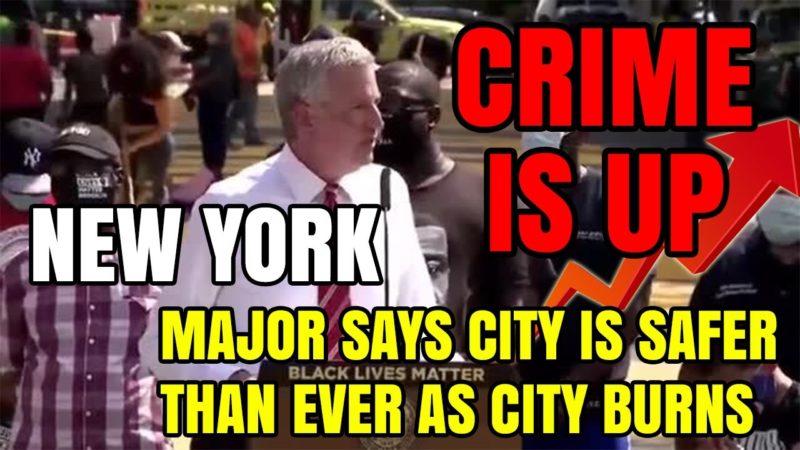 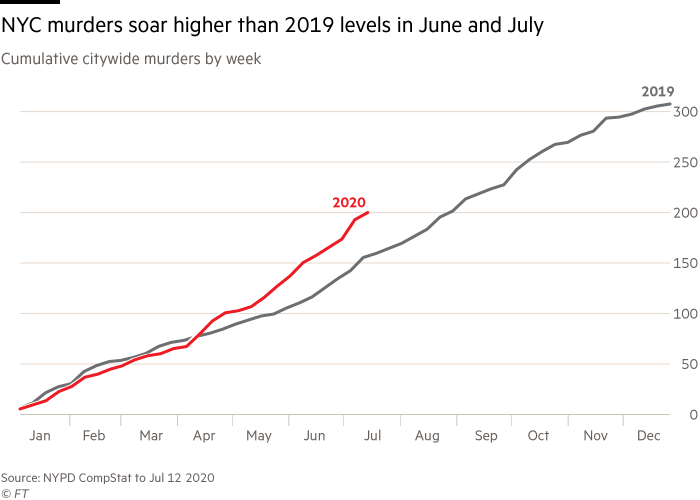 “While violence has surged, arrests have plummeted. In a 28-day period during the months of June and July, [New York City] arrests were down 62 percent from the same period in 2019. Amidst the rising violence, Mayor Bill de Blasio and the New York City Council agreed to cut one billion dollars from the New York Police Department (NYPD) budget, including by cancelling the hiring of 1,163 officers.”

The memo also cites NYPD Commissioner Dermot Shea’s June disbandment of plainclothes units (due to budget cuts). “Police officials have cited this decision as a factor contributing to the rise in violence,” the memo says.