In another deal brokered by President Trump, the island kingdom of Bahrain in the Persian Gulf becomes the second Arab nation in a month to openly embrace Israel, dismissing Palestinian objections.

YeshivaWorld Ebrahim Dahood Nonoo, the head of the tiny Jewish community (of 34) in Bahrain, welcomed the announcement of the country’s peace deal with Israel, saying: “This is a historic moment that we have never expected to see in our lifetime.” 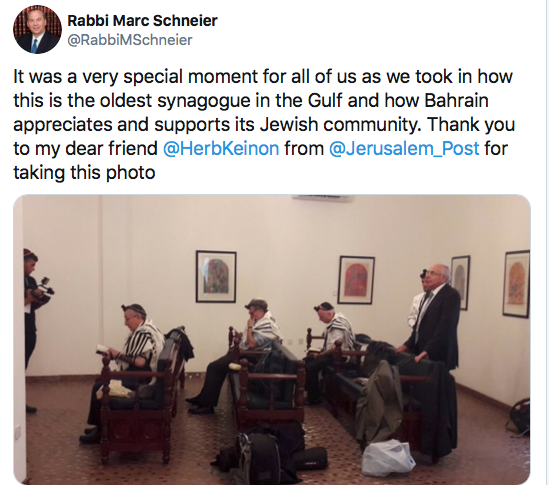 The statement also thanked Bahraini King Hamad bin Salman al-Khalifa “for having the foresight to go ahead with this decision and his belief in co-existence and his faith and ability to break down the barriers that restrict cohabitation.

NY Times President Trump announced on Friday that Bahrain would establish full diplomatic relations with Israel, following the United Arab Emirates, in another sign of shifting Middle East dynamics that are bringing Arab nations closer to Israel. The Arab nation of Oman is rumored to be the next to follow suit.

Bahrain has outsize significance, said Kirsten Fontenrose, a former National Security Council senior director for Gulf affairs in the Trump White House who is now a director at the Atlantic Council. She noted that Bahrain was a close ally of Saudi Arabia, the true diplomatic prize for Israel.