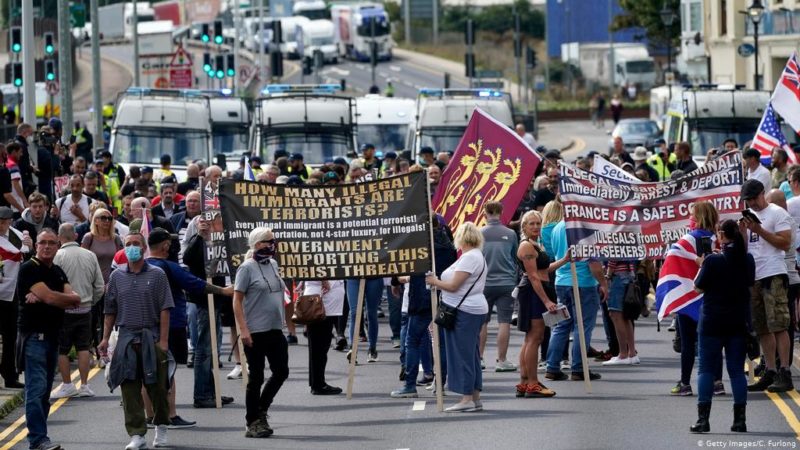 DW Dozens of right-wing, anti-illegal Muslim immigration protesters gathered in the southern English coastal town of Dover on Saturday to rally against the numbers of illegal invaders sailing to the United Kingdom from France.

Some protesters were heard shouting “England till I die” and singing “Rule Britannia!” 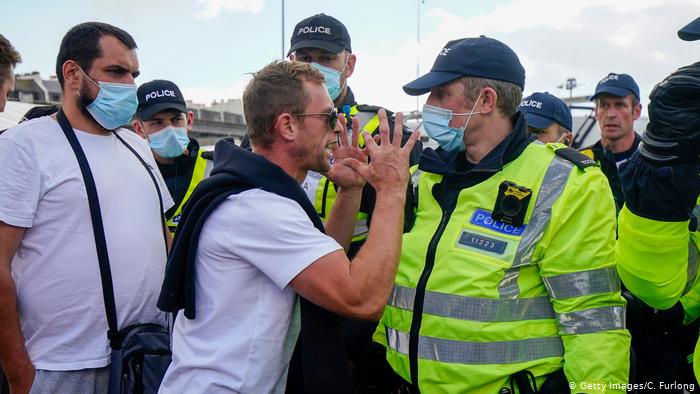 The number of illegal Muslim migrants using boats to cross the English channel has increased in 2020, reaching more than 5,000. But only because the coronavirus pandemic has reduced the opportunities to stow away on trucks or ferries.

The United Kingdom is planning tough new legislation to facilitate the deportation of undocumented migrants. Prime Minister Boris Johnson promised the action after more than 6,000 illegal Muslim invaders crossed the English Channel this summer from the French port of Calais.

More good news: Illegal Muslim invaders arriving in the UK could be sent to a detention center noted for its inhumane conditions under plans drawn up by the Home Office. It comes amid growing criticism of the Home Office from Conservative MPs in Kent over the housing of recent illegal aliens at local hotels.