Jacinda Ardern dons a hijab as she unveils a memorial plaque to the 51 Muslims killed in the Christchurch terror attack while pledging if re-elected, she would amend current laws to make discrimination against Muslims and hate speech against Islam a crime. 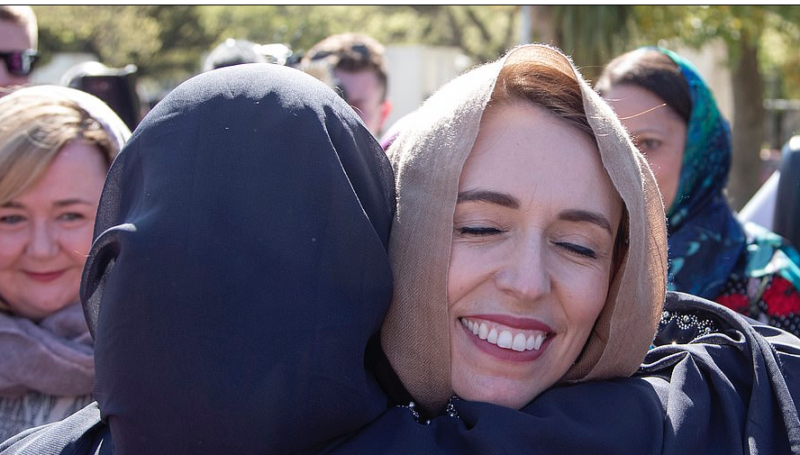 Daily Mail (h/t Sara S) Ardern donned a headscarf and took part in a sombre ceremony at Al Noor mosque on Thursday morning as she visited Christchurch for the first time since the sentencing of Australian terrorist Brenton Tarrant last month. 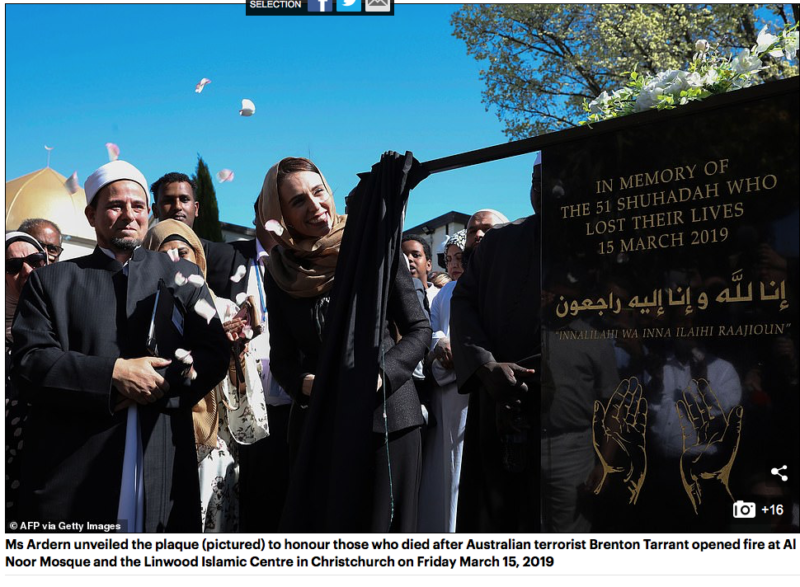 New Zealanders will begin to vote from October 3, when polling places open a fortnight in advance of election day on October 17.

Ms Ardern said she hoped to make this law change sooner but Labour ‘hadn’t been able to deliver that last term’, a veiled suggestion she was blocked by coalition partners New Zealand First. 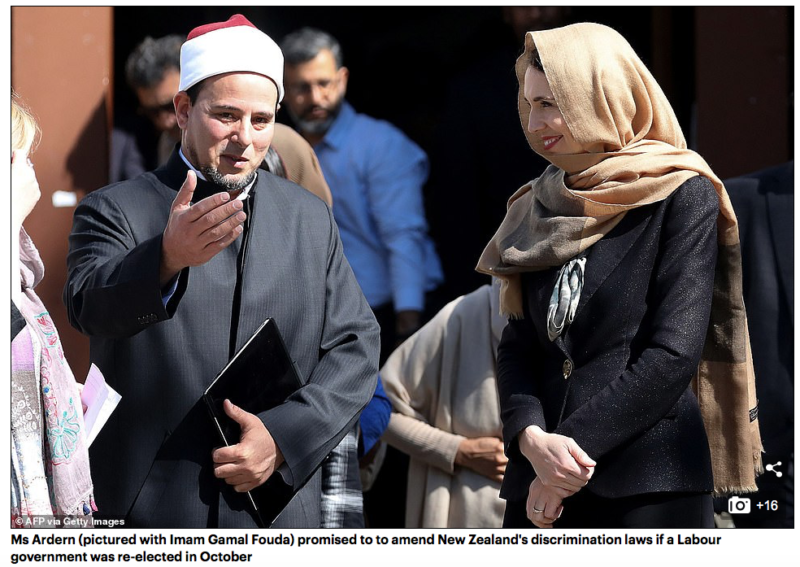 ‘I just think in a modern New Zealand everyone would agree no one should be discriminated against for their religion and so it makes sense that we add this to the suite of other things we say it is just not okay to discriminate people over,’ she said.

Ardern is also considering declaring a asking for a national day of commemoration for Muslims. Plans to stage a major commemorative event in 2020 were scuttled by the arrival of COVID-19. 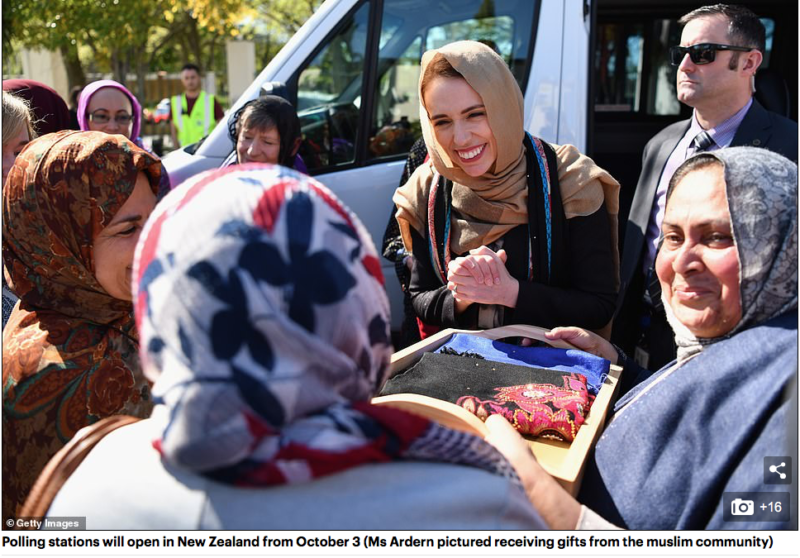