“We wish we had stayed in France,” complain the Sudanese Muslim ingrates. Their journey spanned five (most of them SAFE) countries and almost 3,000 miles but ended with the UK Border Force having to rescue them from a flimsy dinghy in the English Channel.

Daily Mail (h/t Chris B) They had been held at a taxpayer-funded luxury hotel but were moved last week to a former Army barracks in Folkestone, Kent, now being used to house migrants as their asylum claims are processed.  This site and a second near the village of Penally in Wales have been heralded by some as a sign that Britain will no longer be a ‘soft touch’ for people traffickers. (One can only hope)

But far left human rights groups and Muslim migrants have criticized the camps as being like ‘prison’ (Gee, they had no criticism while British soldiers were housed there), while locals have raised concerns about the large influx of dangerous military-aged Muslim men in their areas. 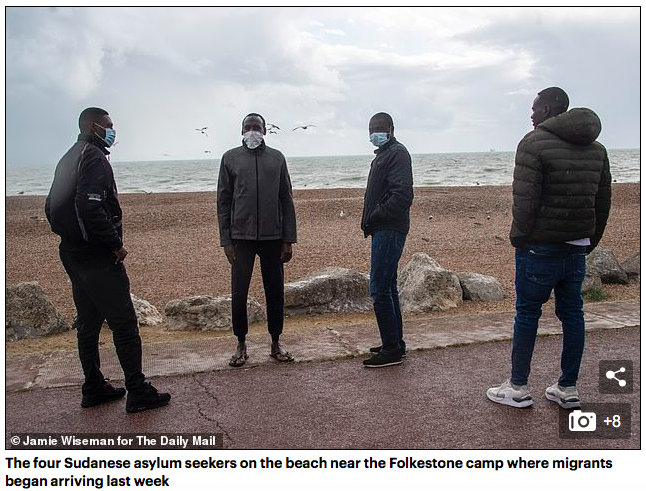 One of the four Sudanese fake asylum seekers, Amin Adam, said residents of the Kent camp – which has a 10pm curfew – were “kept like animals in pens.” (Please don’t insult animals) He added: “The non-halal food is no good. There is only one toilet. I should have made my application [for asylum] in France.” (Too damn bad)

“We have more rights here [in the UK] than in France. But this place [the barracks] is no good.” The four, who said they are in their 20s and 30s.. 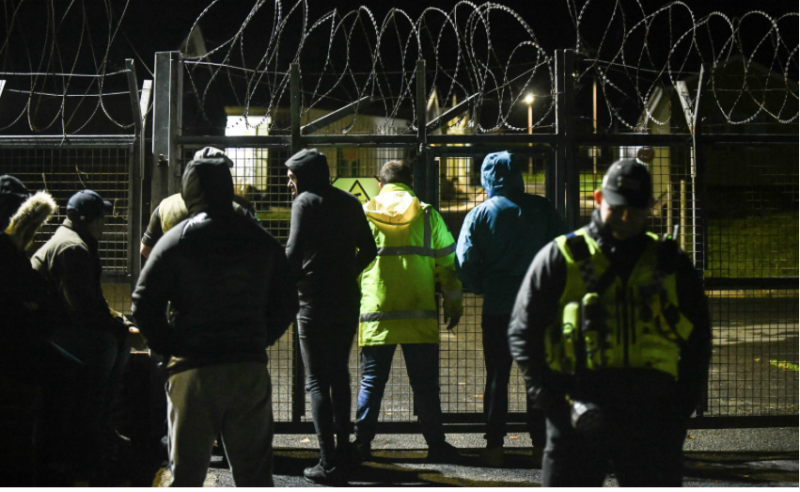 They first made their way to Libya, before traveling by boat to Malta, then Sicily, and on through Italy  to arrive at the remnants of the notorious Jungle encampment in Calais, northern France, at the beginning of the year.

Adam, Mohammed, Hussain Abu-Bakr Mohammed and Yassin Mohammed were plucked from the water two months ago by a UK Border Force patrol as water cascaded into their vessel.

After being processed, they were sent to a hotel in Slough, Berkshire, to await the results of their asylum applications.  Last week they were among the first to be placed at two Army facilities that will temporarily be used to house migrants. 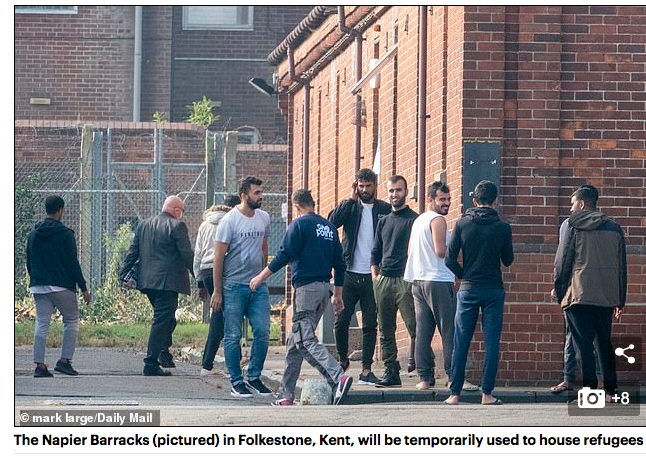 The Home Office said the use of sites such as former barracks could save taxpayers up to 50 per cent of the cost of hotel placements. It comes amid an influx of Channel crossings – almost 7,000 this year alone – and a lack of space as a result of the pandemic.

Both camps have attracted protests from anti-Muslim migration groups, while the Stand Up To Racism West Wales campaign said a former military facility is a ‘completely inappropriate’ place to house those who pretend they had fled war.

Another asylum seeker moved to the Folkestone camp said he was given 30 minutes’ notice to leave his accommodation at a hotel in Chiswick, west London. “I haven’t slept for five days,” the former student added. ‘There is too much stress. It’s like a prison.: (Then go back to Sudan, you Muslim ingrate) He said he feared there would soon be hundreds in the camp and ‘I am worried about Covid’.

There were clashes between anti-Muslim immigration and far-left counter-protesters at the camp in Wales last week but yesterday messages of support were tied to the barracks and clothes left at the entrance. 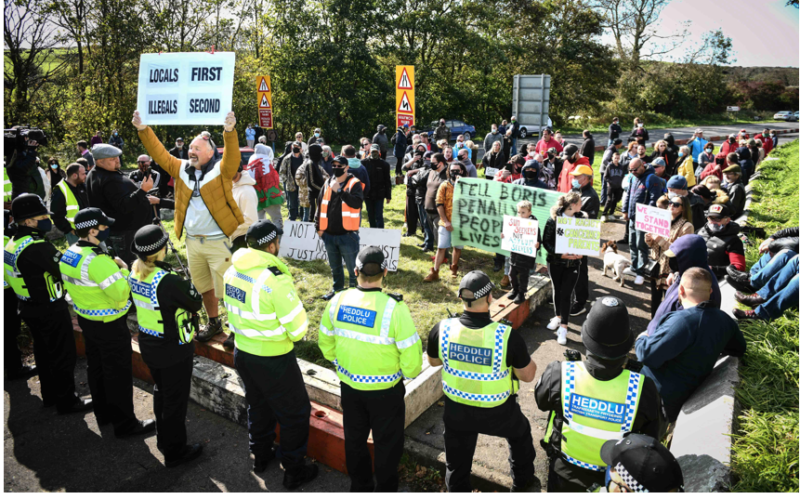 A government spokesman described the camps as ‘contingency accommodation’, adding: ‘We have worked tirelessly… to provide asylum seekers, who would otherwise be destitute, with suitable accommodation.’ (NO, Send them back) 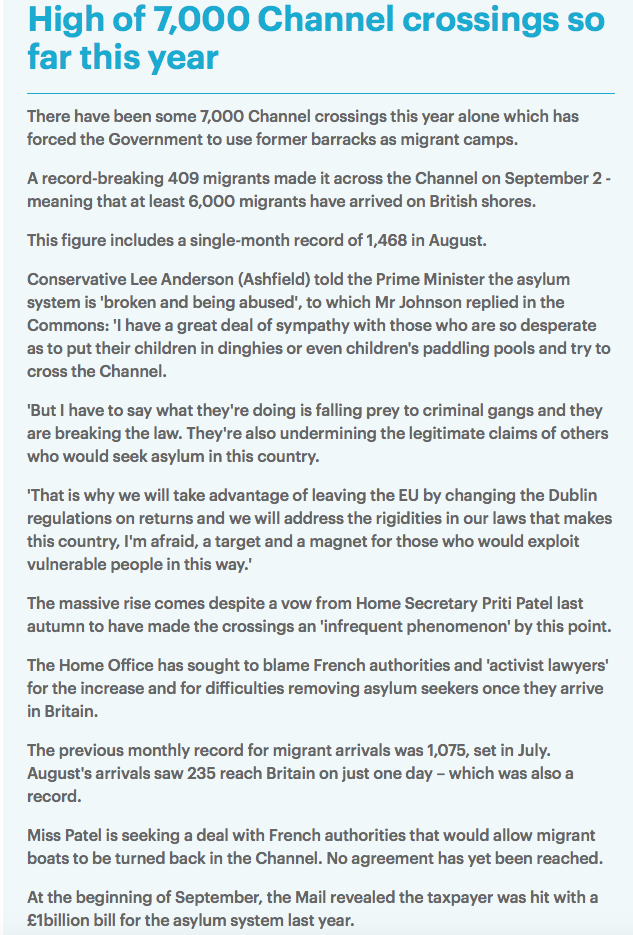