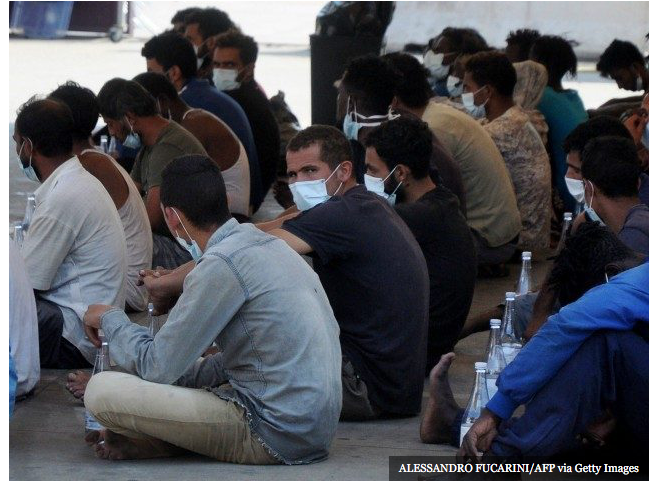 Breitbart  The Villa Sant’Andrea hotel, located in the town of Valderice, has been used to quarantine migrants to prevent the spread of the Wuhan virus. Italy has struggled to find places to isolate the newly-arrived migrants as numbers continue to surge.

Earlier this week, migrants set fire to mattresses and other furniture, which in turn unleashed a wave of panic through the accommodation, Italian newspaper Il Giornalereports.

Two Tunisians staying at the hotel even went as far as throwing themselves out of windows to escape. They suffered serious injuries and had to be treated at a hospital for fractured bones.

Due to the fires, a part of the hotel is now no longer usable. Authorities continue to monitor the situation for further tensions as many fear more migrants may try and escape quarantine.

Italy has seen a surge in new migrant arrivals in recent weeks, from both boats arriving in Sicily and Lampedusa and from migrant taxi NGOs bringing them from the Libyan search and rescue zone.

The Spanish NGO Open Arms was stuck off the coast of Sicily for several days and saw over 100 migrants throw themselves overboard to get to Italy and be picked up by the Italian coastguard.

German NGO Sea-Eye, meanwhile, gave up attempting to dock in Italy this week and announced they would be heading to the French city of Marseille instead.

German migrant transport NGO Sea-Watch has complained that Italian authorities have taken too long to accept the transfer of migrants to quarantine ships, after dropping off 353 migrants this week. https://t.co/Q63xmbrXLK