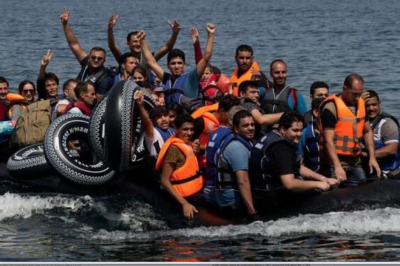 GREEK police busted a human trafficking ring in Lesbos, which was reportedly collaborating with four NGOs. Among the 35 suspects arrested were 33 NGO members including Germans, Swiss, French, Bulgarians, Spaniards, Austrians, and Norwegians, as well as an Iranian and a Pakistani. They were rounded up as part of an extensive investigation conducted by Greek intelligence and counter-terrorism agencies.

EuropeInfowars  The suspects face a variety of criminal charges, including espionage, forming and joining a criminal organization, violating state secrets, and violating the immigration code, Greek police agency ELAS said in a statement.

Four NGOs – based mostly outside of Greece – have been named by authorities: Watch the Med, Mare Liberum, Sea Watch, and FFMEV.

Citizens of Germany, France, Switzerland, Norway, Austria, and Bulgaria comprise the group of 33 suspects, along with two illegal migrants from Iran and Afghanistan.

The network is believed to have coordinated with human traffickers in Turkey to assist the passage of illegal migrants into Greece, primarily via the island of Lesbos.

The notorious Moria camp on Lesbos was holding around 12,000 illegal invaders when it was almost completely destroyed by major fires earlier this month set by the invaders themselves. Many of them staying at Lesbos are now being relocated to other nations on the European mainland. (Which was their motive for burning it down)

Many different fires at Moria camp in Lesvos.
Locals report that migrants have been seen trying to start fires, or that are trying to spread them by throwing liquids on them. pic.twitter.com/fDwIFxKrGf

for those who dont understand this.
The immigrants burn their camps with a certain frequency to force the government to transfer them to mainland Greece
The #Moria camp has been placed under quarantine not long ago and the immigrants wanted to leave https://t.co/E4qCuBZYY7

They are also accused of accessing and sharing confidential information regarding the movements of the Greek Coast Guard.

“Chronologically, the organized network is determined to have been in action since at least from the beginning of last June, in the form of providing substantial assistance to organized networks of illegal immigration,” Vima Press reports. “As for their methodology of action (modus operandi), those involved, under the pretext of humanitarian action, facilitated refugee flows from Turkey, using closed groups, internet applications, and confidential information.” 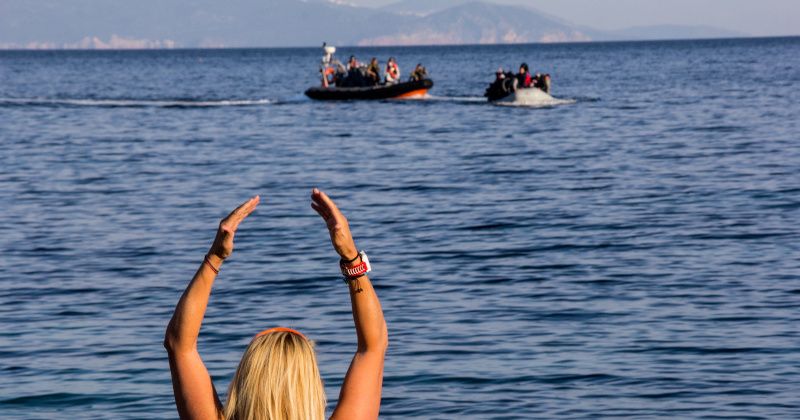 InfoMigrants reported that AlarmPhone is a “a hotline for migrants who get into trouble on the high seas. It forwards emergency calls to the nearest coast guard agency and tries to pressure authorities into acting swiftly to rescue the refugees.”

Citizen journalists in Greece believe they may have intercepted video of migrants using the system to request a ‘rescue’ at sea.

Back in 2018, thirty members of the Emergency Response Centre International, or ERCI, in Greece have been charged with trafficking refugees. Private search-and-rescue groups have become controversial as the fake refugees and asylum seeker-wannabes they save from drowning at sea are brought to European shores at a time that European nations are attempting to stop the flow of migrants.