A SIAN member was found dead in his home in Kristiansand yesterday. The police asked Kripos for assistance, as the death appeared suspicious. 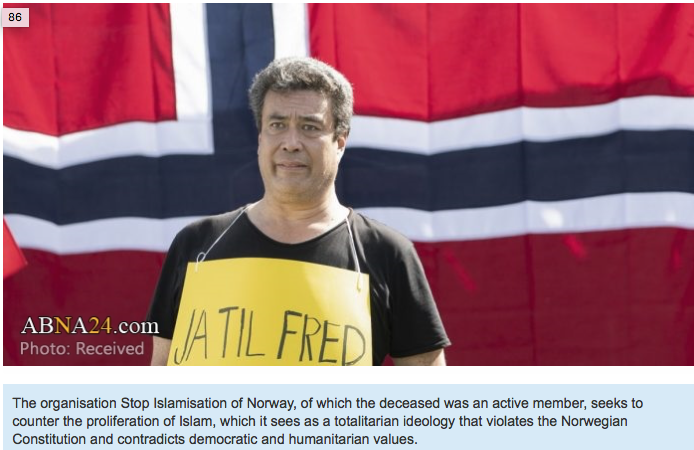 Abna24 (h/t The Luddite Hippie) The organization Stop Islamisation of Norway, of which the deceased was an active member, seeks to counter the proliferation of Islam, which it sees as a totalitarian ideology that violates the Norwegian Constitution and contradicts democratic and humanitarian values.

Dan-Eivind Lid, 48, one of the centrepieces of the anti-Islam organisation Stop Islamisation of Noway (SIAN), has been found dead. The police suspect foul play, the Norwegian broadcaster NRK reported. Lid was found dead in his apartment in Suldalen in Kristiansand, with what has been reported as “visible damage to the body”. 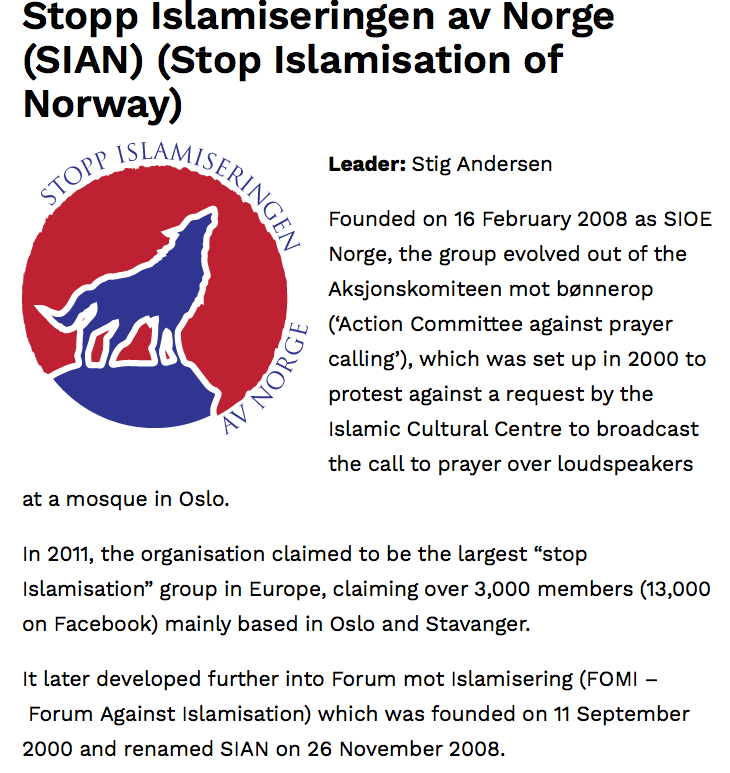 Both the security service PST and the National Criminal Police Kripos have joined in investigating the incident. Dan-Eivind Lid was last seen alive on Friday. “One of our hypotheses is that the person has been subjected to a serious criminal act and died as a result of it”, a police spokesperson said at a press conference.

The police have several leads, but rejected to dwell on them. So far, no one has been charged or arrested in the case. “The police are still in the initial phase of the investigation. This means that the police are working broadly and based on several hypotheses”, a police spokesman said.

SIAN leader Lars Thorsen described Lid as “an active member of many years”, with whom he had a close relationship. Thorsen emphasised that Lid was “friendly and polite” and stressed that based on his knowledge of the deceased, he sees no visible motives other than political ones. 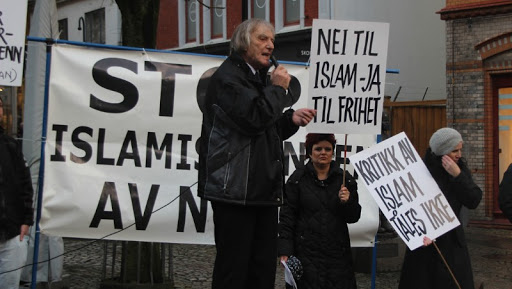 “There is nothing about his nature that can explain why he should end up in a situation where someone would like to take his life”, Thorsen told the newspaper Nettavisen. Former SIAN leader Arne Tumyr described Lid as a “key figure” who was “always ready to make an effort”.

Stop Islamisation of Norway (SIAN) dates back to the early 2000s. Its stated goal is to counter the proliferation of Islam, which it views as a totalitarian political ideology that violates the Norwegian Constitution as well as contradicts democratic and humanitarian values.

SIAN is known for their public manifestations in celebration of free speech that at times include holy Quran-burnings and other symbolic acts. Most recently, a SIAN activist publicly torn up the holy Quran, insult on its pages and also insulting Prophet Muhammad (PBUH), inciting Muslim riots.

SIAN has had altercations with their enemies before and were pelted with eggs and tomatoes by Muslims and anti-racists during previous demonstrations. As recently as August, SIAN’s leader Lars Thorsen was beaten to a bloody pulp in connection with a demonstration in Bergen.