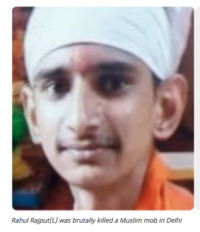 An 18-year-old Delhi University student Rahul Rajput was brutally hacked to death in a savage attack by at least 5 Muslim assailants—Mohammad Afroz, Mohammad Raj and 3 others—for being in a love affair with a Muslim girl. The girl’s brother, one of the five assailants, fiercely opposed their inter-faith relationship and sought to teach a lesson by brutally beating him, leaving him dying in the road.

OpIndia (h/t Man) Rahul Rajput was romantically involved from the last 5 months with a 16-year-old Muslim girl from Jahangirpuri. However, when the girl’s family and brother came to know about their affair, they opposed it. The girl’s brother strongly objected to the duo meeting and talking with each other.

The 18-year-old Rahul was a second-year journalism student. Privately, he also gave coaching for the English language to the children. As per a report published in Amar Ujala, on Wednesday evening, Rahul’s uncle’s got a call from an unknown number asking to send Rahul to their home for tutoring their son on English. 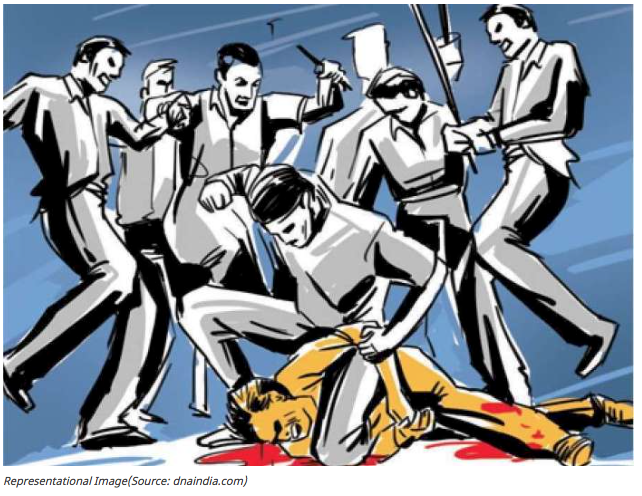 When he reached the spot, he was attacked by a fervid mob of 4-5 Muslims, raining incessant blows on him and mercilessly flogging him. An injured Rajput somehow managed to escape their wrath and crawl back to his house in a mortally injured state. He was then rushed to a nearby hospital, where he succumbed to the fatal injuries in his abdomen while undergoing treatment.

The entire incident was captured on a CCTV camera. Three of the 5 accused are minor. All the five have been arrested and booked under the charges of murder.

OpIndia Predictably, many mainstream media organizations chose to completely disregard the Hindu boy’s murder as if it never happened. Some of those who reported the incident were dishonest in divulging unabridged details of the case.

One such media group was India Today. 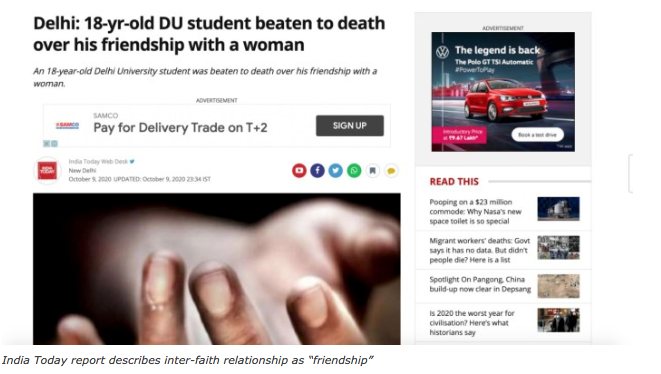 India Today published a report where it said that an 18-year-old boy was beaten to death for his “friendship” with a woman. The media euphemistically characterized the love affair between the duo as “friendship”. And it wasn’t the only instance in the report where the news outlet attempted to water down the gruesome killing of a Hindu boy in love with a Muslim girl.

In its entire report, India Today has described in excruciating detail the particulars of the incident, the charges pressed against the culprits, the deployment of the police force in the neighbourhood to simmer down the tensions, the testimony of the deceased’s uncle, the cause of the victim’s death, police statement on the incident and so on and so forth.

However, what is absent in the India Today report is any mention of an inter-religious love affair between the Hindu boy and the Muslim girl. Mohammad Afroz and Mohammad Raj were two of the 5 men who mob lynched Rajput on Nanda road but India Today refrained from mentioning their names, which would have given away their Muslim affiliation.

ON THE OTHER HAND, when a Muslim man gets romantically involved with a Hindu/Sikh girl, it is celebrated by Muslims in India who practice “Love Jihad” (aka Rape Jihad) as a way of forcibly converting Hindu/Sikh and even Christian girls to Islam.

Love Jihad in India: Muslims marrying Hindus and facing them to convert to Islam 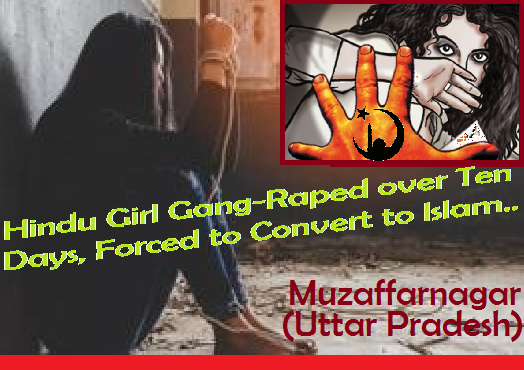