She claims to support the state of Israel, so why does she have a close allegiance with one of the leading anti-Israel Muslim groups in the country – CAIR (Council on American Islamic Relations)? 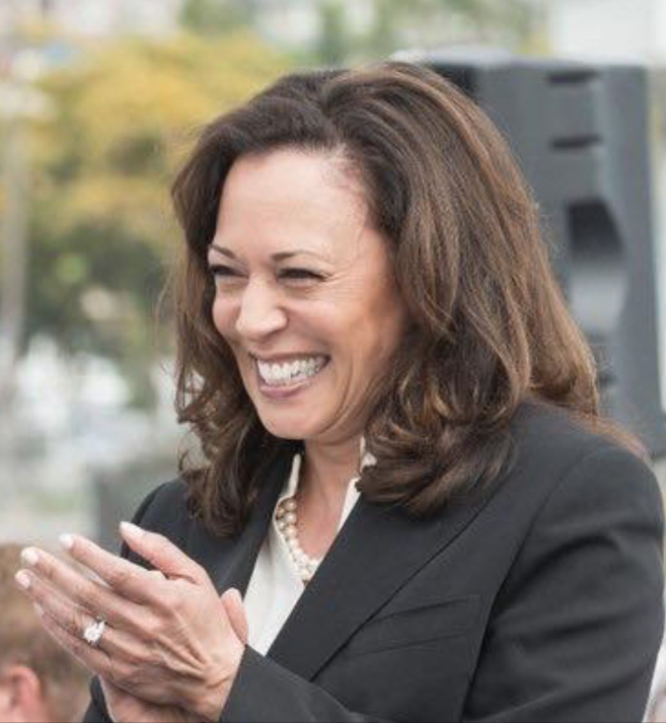 Free Beacon  As California’s attorney general and then as U.S. senator, Harris forged a relationship with the Council on American-Islamic Relations (CAIR) – designated by the United Arab Emirates groups as a terrorist organization – one of the nation’s top anti-Israel groups and advocates for boycotts of the Jewish state. CAIR advised Harris on community issues during her time in California politics, and she later offered the group her “gratitude and admiration” in a 2018 personal letter to the group.

Harris’s association with CAIR is drawing scrutiny ahead of the 2020 presidential election. While Jewish voters overwhelmingly lean Democratic, the party’s recent embrace of anti-Israel causes and activists could make the critical voting bloc think twice. 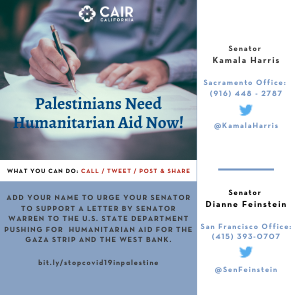 Biden has promised to be a mainstream pro-Israel president, but the Democratic Party’s alliance with anti-Israel leaders threatens to pull the candidate leftward, as evidenced by Biden’s campaign pledge to confront Israel over its continued building of Jewish homes in disputed areas.  And CAIR’s support for the Democratic ticket could prove to be a lightning rod for team Biden in states such as Florida, local GOP officials

“Every Jewish American should be concerned about a potential vice president who aligns herself with groups that support terrorists,” said Randy Fine, a former Republican Florida state politician who went toe-to-toe with CAIR on several initiatives. “I don’t think we want people in the White House to invite anti-Semites to have a seat at the table.” 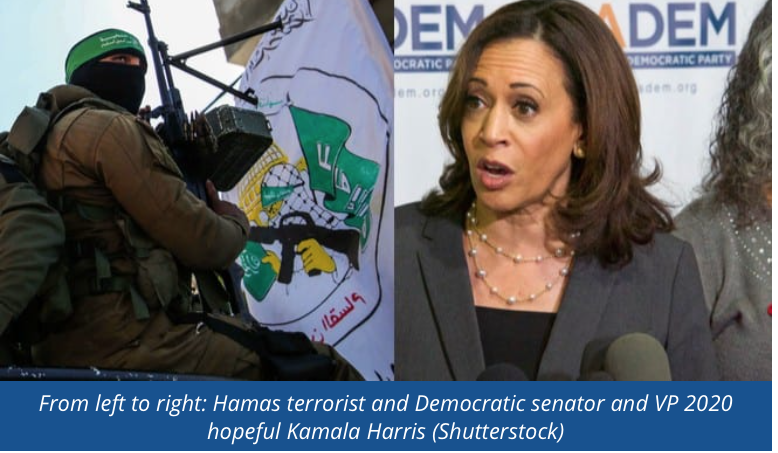 As California’s top cop, Harris partnered with local CAIR officials and relied on them to advise her about community matters. In 2015, for instance, Harris hosted CAIR for an interfaith community event following a deadly terrorist attack in San Bernardino.

In 2016, as Harris ran for the Senate, CAIR’s political action committee donated money to boost her campaign. CAIR PAC also has donated to prominent anti-Israel voices such as Rep. Ilhan Omar (D-MN).

Hussam Ayloush, executive director of CAIR’s Los Angeles office, praised Harris in 2015 for including the group in an interfaith meeting with law enforcement officials. Harris, he said, “exemplified leadership” by vowing to tackle Islamophobia at a time when the state’s Jewish institutions were facing threats.

Harris’s relationship with CAIR carried over into her Senate career. In 2018, Harris was one of several lawmakers who penned letters of support to CAIR on its 24th anniversary: 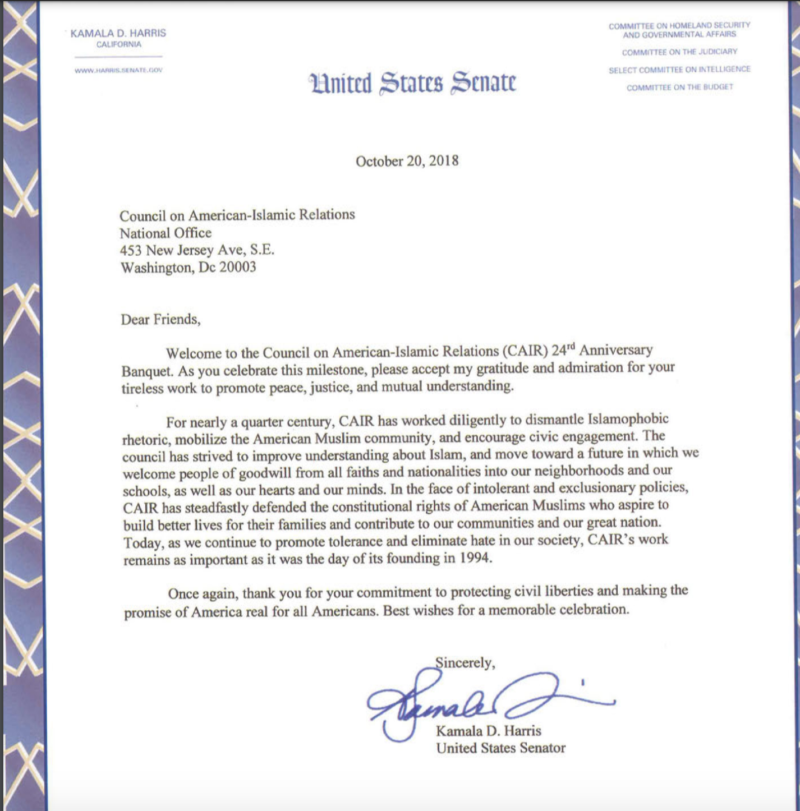 CAIR has been at the forefront of anti-Israel activism since its creation in 1994. CAIR is also known for its involvement in a fundraising effort tied to the Muslim Brotherhood that sought to support the Hamas terror organization. That case, known as the Holy Land Foundation trial, presented evidence that CAIR and its founders sought to financially boost the U.S.-designated terror group Hamas, which continues to wage war on Israel.

CAIR lobbied against legislation that would have increased security funding for Jewish day schools and other institutions threatened by anti-Semites. It also opposed a widely supported bill denouncing boycotts of the Jewish state, known as the Boycott, Divestment, and Sanctions movement. 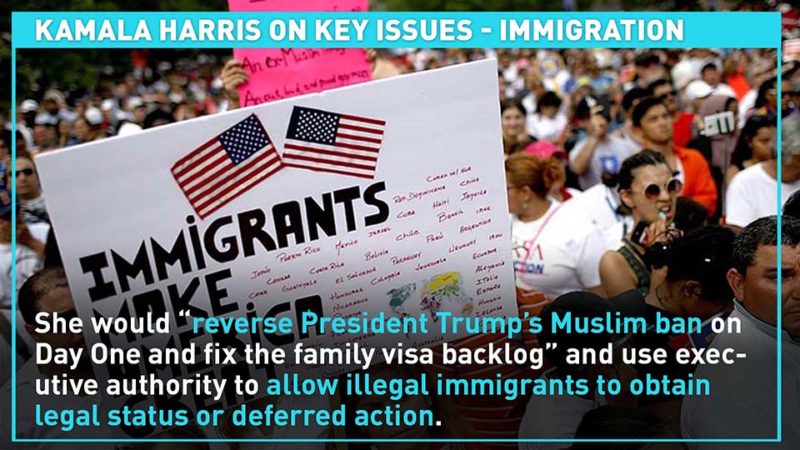 Steve Guest, the Republican National Committee’s rapid response director. “Today’s Democrat Party is under tremendous influence of anti-Semites like Ilhan Omar and Rashida Tlaib. It is clear that in a Biden-Harris administration, anti-Semitic groups such as CAIR will be running the show the same way [Reps. Ilhan] Omar and [Rashida] Tlaib do in the Democrat caucus.”

Harris pretends to be pro-Israel to get the Jewish vote, but most of her actions speak otherwise.