Bender has always been an Israel-loathing disgrace to his Jewish heritage, yet his employment as Executive Director of designated terrorist group CAIR in Philadelphia puts him in a whole new category of vile Jewish traitors. 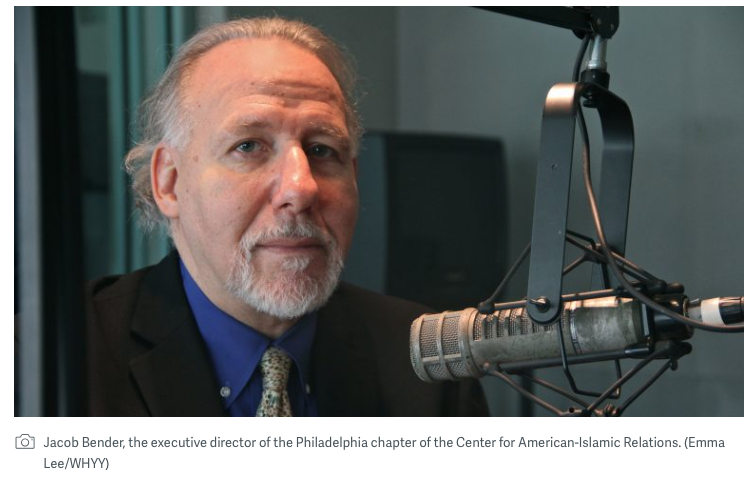 WHYY According to Bender, “Islam and Muslims have replaced Communism and Communists of the McCarthy era,” referencing the “Red Scare” of the 1950s. “The bogeyman has replaced Communists with Muslims,” Bender said. “People are imagining this creeping Sharia taking over the country as senators in the ’50s saw Communists under every bed in every movie in Hollywood.”

At the Muslim American Community Enhancement Banquet, Bender said “I am CAIR’s first non-Muslim director of one of its 30 chapters around the country, something I feel both great pride and gratitude about. My appointment prompted many positive interviews, but some in my own community called me “traitor” and “self-hating Jew” and “Nazi lover.””

“This was also because of my decades-long public condemnation of Israeli policy towards the Palestinians, and my support of the right of the Palestinians to a free and independent state of their own. As we read in the Holy Qur’an, “You who believe! Be upholders of justice, bearing witness for Allah alone, even against yourselves or your parents and relatives. Whether they are rich or poor, Allah is well able to look after them.” (Surat an-Nisa’, 135)”