Radical Democrats not satisfied with just defunding police departments across America’s cities are now looking to do the same with the U.S. Department of Defense.

BizPacReview Democratic Missouri congressional candidate Cori Bush proposed the radical idea to defund the Pentagon and reallocate the funds to social service programs in a tweet on Tuesday. The progressive candidate’s eyebrow-raising suggestion apparently got the attention – and the approval – of Rep. Ilhan Omar, D-MN, who retweeted it. 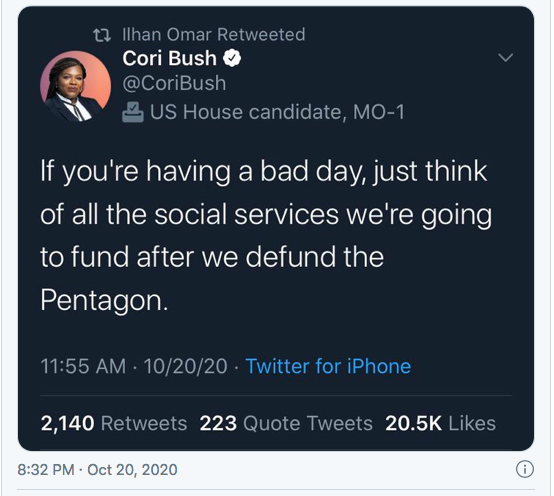 Omar is on record calling for the defunding of the Department of Homeland Security and ICE.

Omar has repeatedly and unashamedly called for the dismantlement of the Minneapolis Police Department.