After 50 years of absolute Democrat corruption and destruction, the black community is looking for change. And it’s not going to be with Joe “You Ain’t Black” Biden. 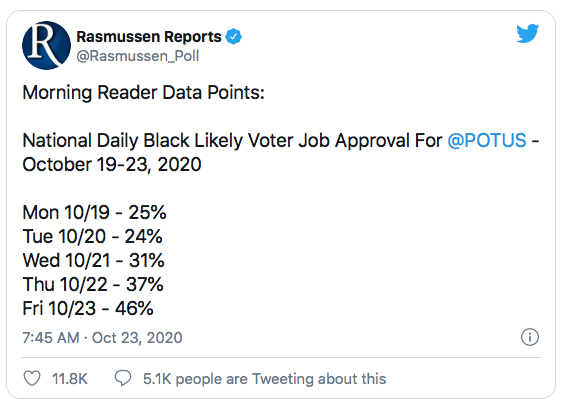 Gateway Pundit Depite a favorable list of topics and a biased liberal moderator, Joe Biden could not seal the deal. Biden flopped. And President Trump pounding Joe Biden on his outrageous comments in the 90’s about “predator” young black males hit the target.

On Friday Rasmussen Report’s numbers on black voters and Trump was up to 46%! 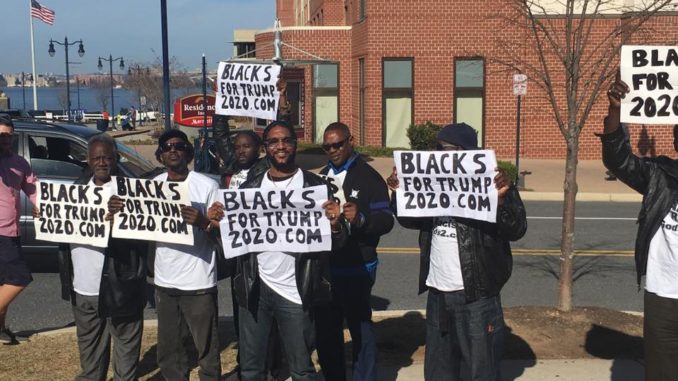 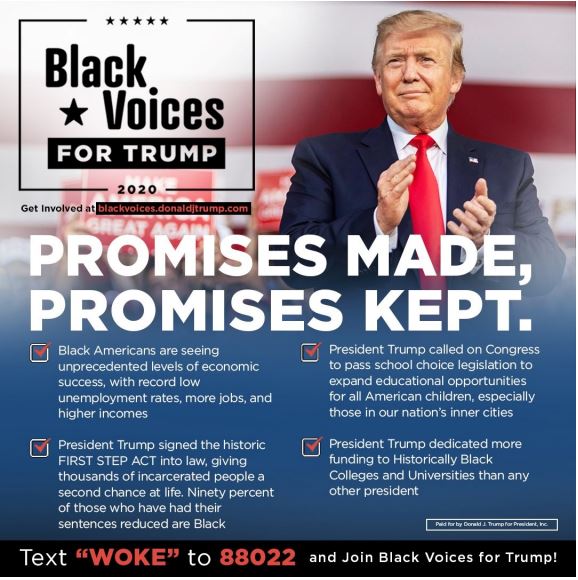