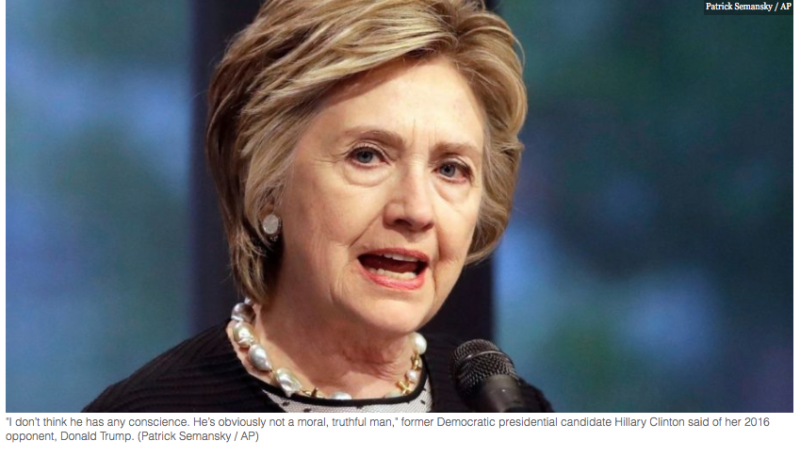 Western Journal “I can’t entertain the idea of him winning,” Clinton said in a podcast interview with Kara Swisher of The New York Times published Monday. “It would cause cognitive dissonance of a grave degree,” she said.

“Well, because it makes me literally sick to my stomach to think that we’d have four more years of this abuse and destruction of our institutions, and damaging of our norms and our values, and lessening of our leadership, and the list goes on,” she said.

During the interview, Clinton portrayed herself as “the candidate that they basically stole an election from.” The former secretary of state insisted Americans have never recovered from her defeat.

Clinton claimed that “craziness is baked into the Republican right in this point in our history.” The 73-year-old Democrat also said voters were simply too sexist to elect her.

“I think there’s the combination of my being an effective woman who went further than any woman has gone. And there is something deeply unsettling to a strata of American voters about a woman getting that close to being president,” Clinton said.

Asked in the interview what it was like “to be in a position without levers of power,” Clinton insisted she still is powerful.

“Well, I think I have a really powerful voice. I just shot a video supporting women in Belarus. I just tweeted out against the violence in Nigeria because people called me. So I have a global standing. I feel very good about what I can do,” she said.

Saturday Night Live’s Day of the Election in 2016: