Malaga (SPAIN) owner Sheikh Abdullah Al Thani has once again courted headlines for an extraordinary attack on Emmanuel Macron, the president of France. 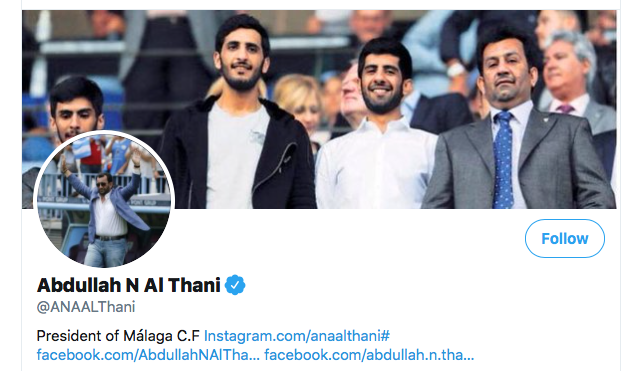 Yardbarker (h/t Maria J)   The threat comes at a sensitive time in France after the murder of French school teacher Samuel Paty in Paris last week, reopening a debate on freedom of expression surrounding religion in the nation – as documented by RMC Sport‘s analysis of the exchange.

Al Thani launched a rant on his Twitter which quoted the response of president Macron to the issue, and said: 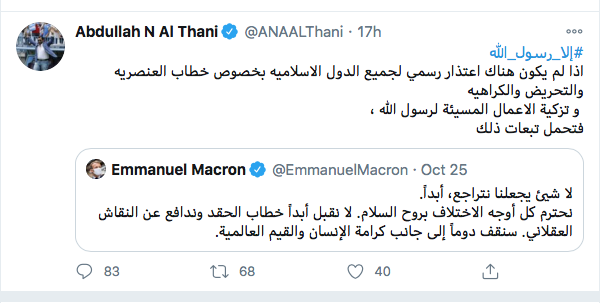 If there is no official apology for all Muslim countries regarding the speech of racism, incitement and hatred Recommending the offensive actions of the Messenger of God, So bear the consequences.

Nothing makes us hold back, ever. We respect all differences in the spirit of peace. We never accept hate speech and defend rational debate. We will always stand by human dignity and universal values.

The city of Malaga, Spain with its approximately 550 000 habitants the second largest city of Andalusia, lies about 370 km to the south of Alicante along the Costa del Sol. A port city that epitomizes the Andalusian lifestyle, Malaga is best known for its most famous son – artist and sculpture Pablo Picasso.