AUSTRALIA: The man, Kaiwan Zeabari, who caused at least $100,000 in damage to Sydney’s Auburn Gallipoli Mosque, is simply being referred to all over the media as a “man,” including by the mosque leader. 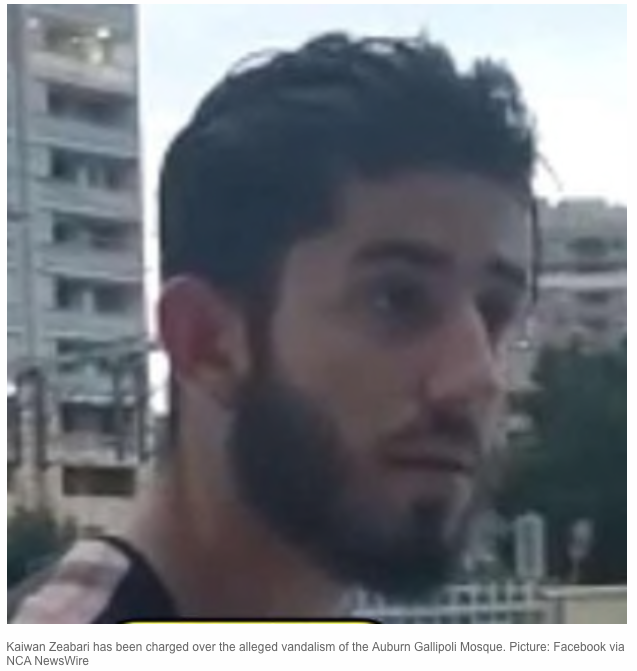 The Australian (h/t Manos) Members of Sydney’s Turkish community have been left reeling after a man allegedly stormed into a mosque in the city’s west before smashing various items including windows, fixtures and antique chandeliers, causing up to $100,000 in damage.

A 20-year-old man was arrested at the scene after police were called to Sydney’s Auburn Gallipoli Mosque about 7pm on Sunday.

He was charged with destroying or damaging a property and breach of bail on Monday, and was held in custody at a mental health facility for assessment. 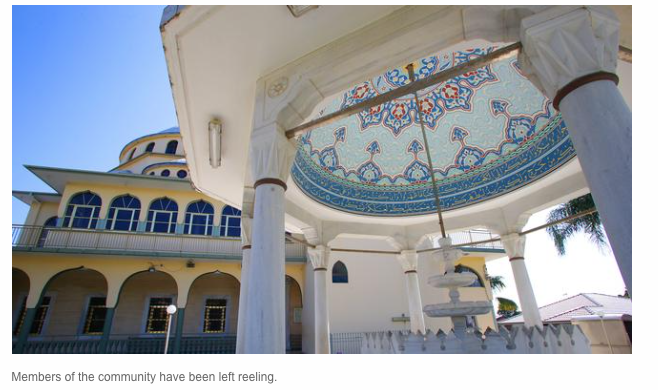 Chairman at the Gallipoli Turkish Cultural Foundation, Abdurrahman Asaroglu said in a statement posted to social media that someone entered the mosque on Sunday night before causing “significant” damage.

“Being such an iconic Turkish Mosque we have unfortunately become a lightning rod for anyone wanting to express their anti-Muslim or Anti-Turk sentiment,” Mr Asaroglu said.

Mr Asaroglu said such attacks were generally inspired by imported hate from abroad and “have no place in Australia” but he said the community would continue to spread a message of peace and harmony.