“87% of French people say they agree with the fact that secularism is now in danger in France, and 79% that Islam has declared war on the nation and the Republic,” reports Ifop.

Summit News The survey was carried out by polling firm Ifop following the Muslim jihadist beheading murder of geography teacher Samuel Paty, who was targeted for showing pupils cartoons of the Prophet Muhammad during a lesson about freedom of expression. 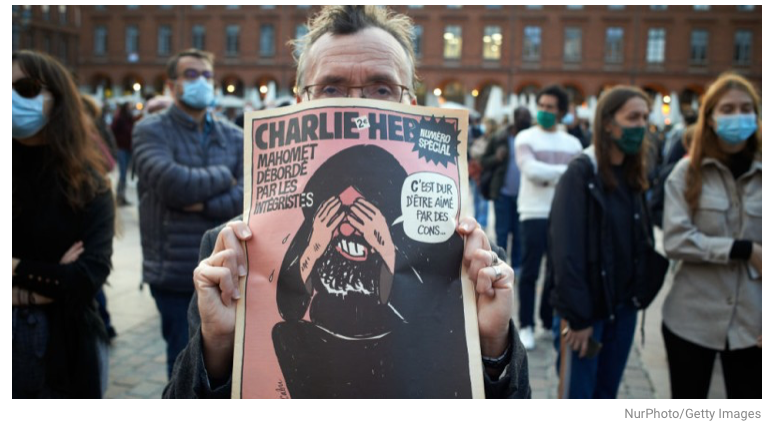 The poll also found that the political leader the French people have the most trust in when it comes to combating Islamism is Marine Le Pen.

The beheading of the teacher prompted numerous mass protest marches across the country in defense of free speech and against the Islamic takeover of France.

A previous poll also found that the French are becoming increasingly hostile to allowing more immigrants to enter their country, with 64% believing migrants have a negative impact, while 60% believe welcoming them is no longer feasible due to cultural differences. 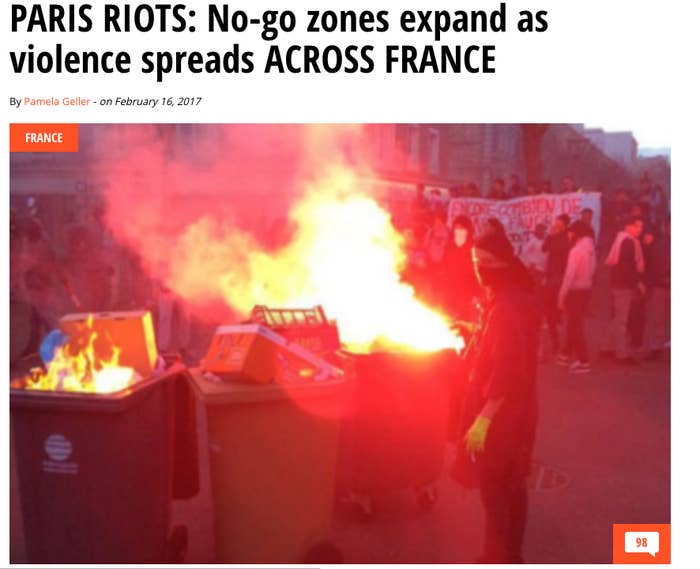 As we previously highlighted, disorder in France’s Muslim migrant dominated suburbs has become so chronic that some are calling for the military to be sent in.

France’s feared banlieues are suburbs on the edge of major cities controlled by large groups of Muslim gangs who attack police officers, fire crews and ambulance workers who venture into the area.

Over 250 French people have been killed as a result of Islamic terror attacks since 2015. 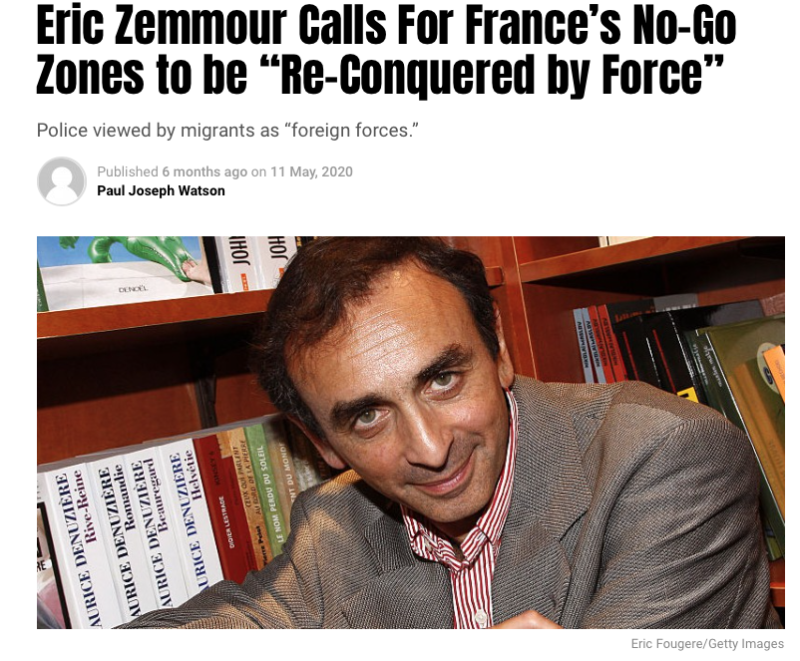 Summit News French intellectual Eric Zemmour has called for France’s notorious Muslim No-Go Zones, which were recently hit by a fresh round of riots, to be “re-conquered by force.”

As we previously highlighted, numerous areas of the country experienced disorder last month following an accident in which a motorcyclist was seriously injured after a confrontation with police.

🔥🇫🇷 Fourth night of riots in the Parisian suburbs of Villeneuve La Garenne. There have also been incidents elsewhere in the banlieue de #Paris. #France #disturbed #Incidents #COVID19 #coronavirus pic.twitter.com/8xchFzMDxy

France’s feared banlieues are suburbs on the edge of major cities controlled by large groups of Muslim gangs who attack police officers, fire crews and ambulance workers who venture into the area.

Although the media has consistently attempted to downplay the issue, lack of integration and high crime rates mean they have become a symbol of France’s problems with mass immigration.

Another clip shows how fireworks were thrown at police officers to try and force them out of the area.

Appearing on Face à l’Info to give his thoughts on the latest round of violence, Zemmour, who himself was aggressively confronted on the street by a left-wing Muslim activist last month, said the situation was dire.

Arguing that migrants have seized control of French suburbs, Zemmour said the areas should be re-conquered by force or completely abandoned to their fate. He also said that police who venture near such areas are treated as “foreign forces” and that there should be more footage of what goes on in no-go zones released publicly.

Zemmour previously appeared on television back in March to point out that migrants were completely ignoring the country’s coronavirus quarantine.

As we highlighted at the time, French Secretary of State to the Ministry of the Interior Laurent Nunez admitted that draconian lockdown measures being imposed on the rest of the population shouldn’t be implemented in the country’s migrant-heavy ghettos in order to prevent riots.

Vehicle fires have become a common tactic to create mayhem: