The former prime minister of Malaysia said Muslims have “a right to be angry and kill millions of French people” just hours after an attacker yelling “Allahu akbar!” beheaded one woman and killed two othersin a church in France. 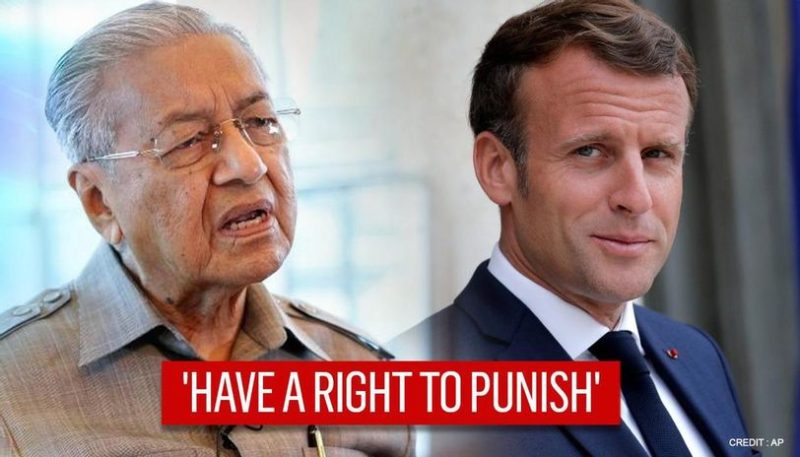 NY Post (h/t Maria J) The incendiary comments were part of a tweetstorm from Dr. Mahathir Mohamad, who railed against Western culture and French President Emmanuel Macron for refusing to denounce the caricatures of the Prophet Mohammad that have sparked three attacks in two months in France.

Macron has also vowed to fight “Islamist separatism” in the wake of the beheading of school teacherSamuel Paty in a Paris suburb on Oct. 16. 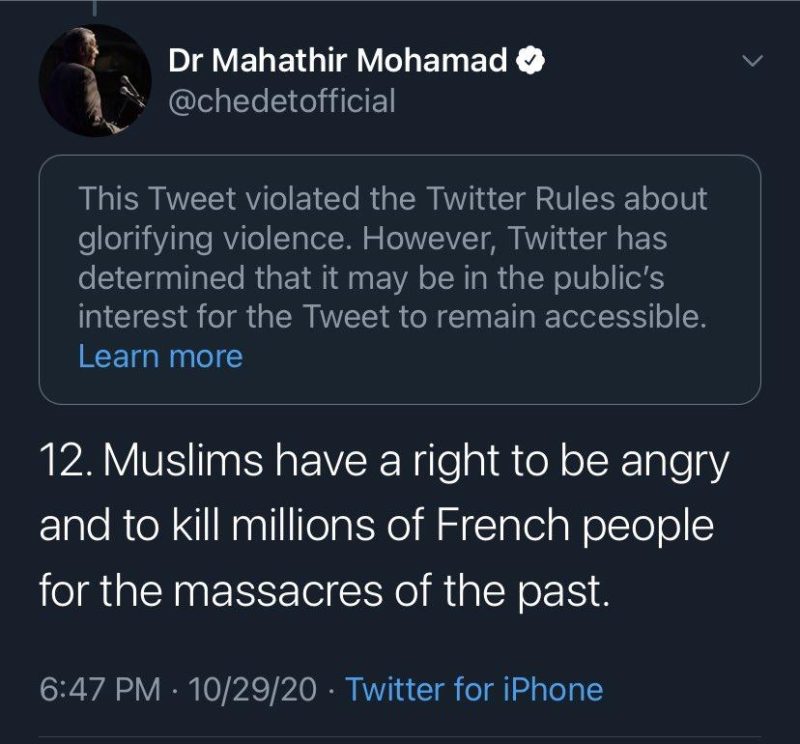 “Macron is not showing that he is civilized. He is very primitive in blaming the religion of Islam and Muslims for the killing of the insulting school teacher. It is not in keeping with the teachings of Islam,” Mohamad tweeted.

“But irrespective of the religion professed, angry people kill. The French in the course of their history has killed millions of people. Many were Muslims. “Muslims have a right to be angry and to kill millions of French people for the massacres of the past.”

Mohamad also said “the West” shouldn’t impose its views and values on others. “To do so is to deprive the freedom of these people,” he wrote.

Malaysia is home to more than 32 million people, 61 percent of whom practice Islam. 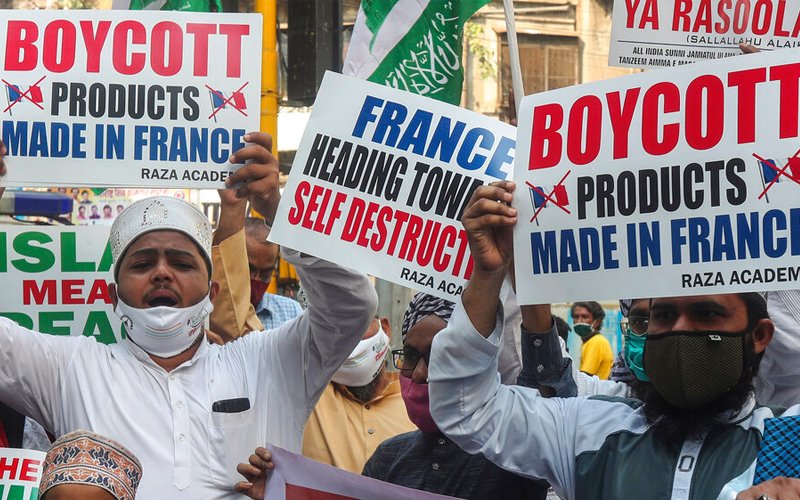