Below is the cartoon she was holding up, one that has been posted here several times before. 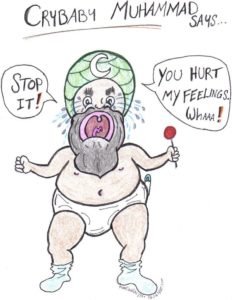