Macron plans to introduce a Uniform Civil Code to enforce separation of religion and the secular state. It would require enhanced scrutiny of Islamic activities and would ban foreign funding of mosques and Islamic institutions as well as banning foreign imams from presiding over mosques. 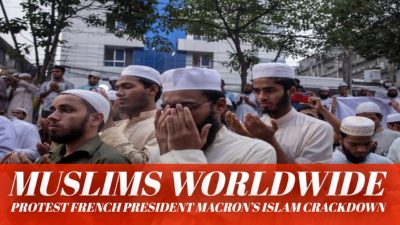 I have a better idea: Mass deportations of religious Muslims.