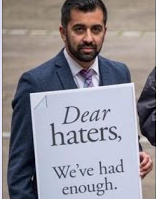 And guess who came up with this law? A Pakistani Muslim who currently works as the “Cabinet Secretary for Justice” in Scotland has announced plans to criminalize speech inside the home that he personally feels might lead to a hate crime. Since when are foreigners, especially Muslims, even allowed to create “hate speech” laws for countries in which they are not citizens? After all, where they come from, insulting Islam is punishable by death.

Natural News  (h/t nita) Humza Yousaf, who is not even Scottish, is credited with creating and implementing the so-called “Hate Crime and Public Order (Scotland) Bill,” which aims to protect minorities from ‘mean talk’ that might take place in the privacy of people’s own homes. 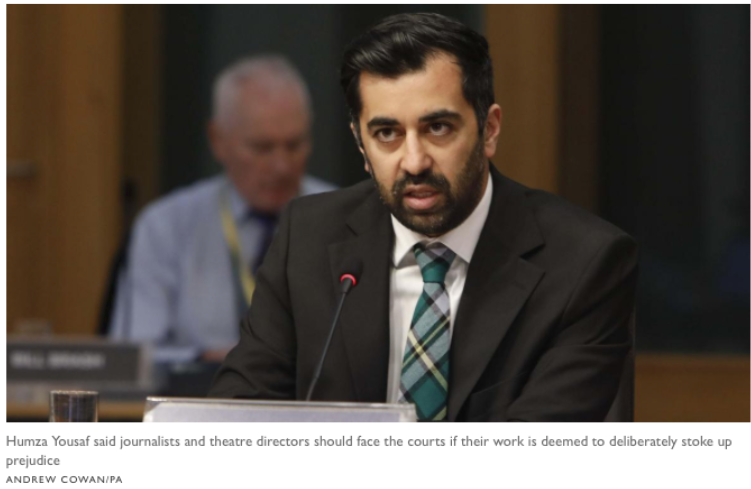 Now, conversations over the dinner table that incite hatred (who gets to decide this?) would be prosecuted under Scotland’s hate crime law. Journalists and theatre directors should also face the courts if their work is deemed to deliberately stoke up prejudice, Humza Yousaf said.

While the Public Order Act of 1986 has long prohibited threatening, abusive or insulting words and behavior, that law contains a “swelling defence” provision that allows people to say what they wish inside their own homes – something that Yousaf’s new legislation abolishes. 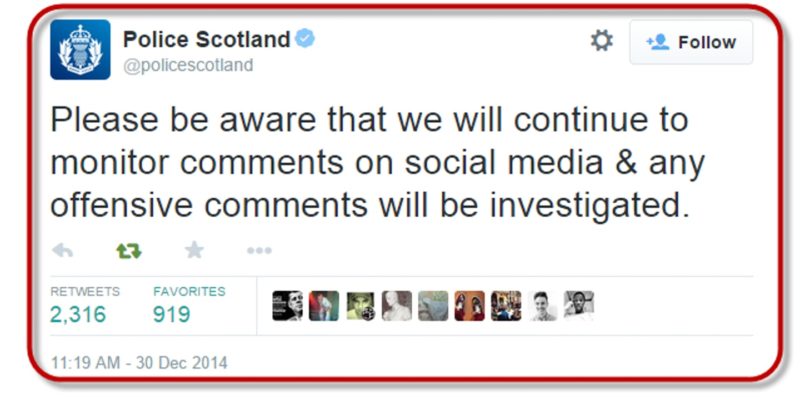 Under Yousaf’s new restrictions, Scots, including those who work as journalists and even theater directors, could be forced to face the courts if they say something not nice about Muslims, for instance, which are flooding the United Kingdom at record pace and displacing the natives.

According to Yousaf, Scots have no right to engage in “hateful speech,” even on their own property. Yousaf’s proposal was given the nod by Lord Bracadale to proceed with it, despite opposition from the Scottish Catholic Church, police representatives, academics, artists and others. 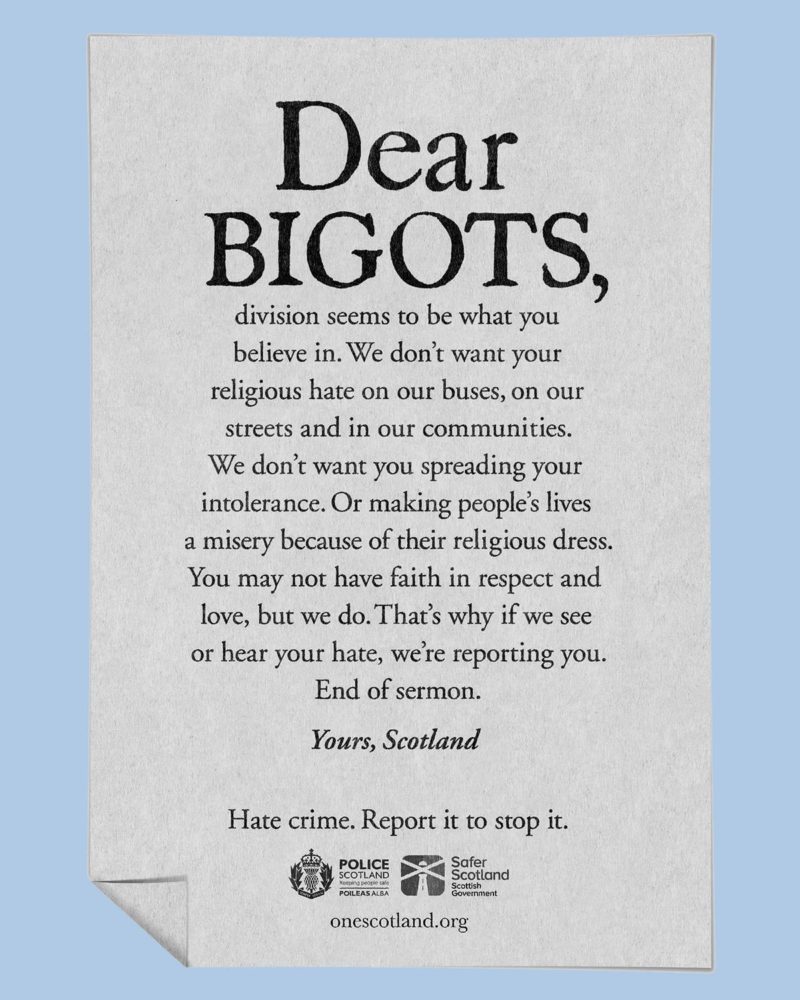 In other words, if you are someone who does not have a “protected characteristic” (especially Muslims), then you will not be protected from “hate speech” under Yousaf’s law.

In other words, Scotland will now have a snitch culture in which angry “minorities” and their allies can target those they do not like with this weaponized legislation, which again was crafted by someone who is not even Scottish, but who somehow attained a high-level seat in Scotland’s government.

The Scottish government did agree to change one key piece of wording that, if left as Yousaf wrote it, would have made this “hate crime” bill even more of a threat than it already is. Instead of reading “likely to stir up hatred,” the new version of the bill specifies that only language “intended to stir up hatred” can be prosecuted, which is much harder to prove than the former.