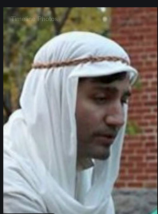 Doubling down on his oxymoronic comment the other day “Islamic terrorist attacks have nothing to do with Islam” Canadian Prime Minister, in reference to the deadly stabbings and beheadings in France by Muslims, says that the perpetrators “do not get to define Muslims” and are “unrepresentative of Islam.”

French anti-terror prosecutors have categorized them as “Islamofascist attacks.”