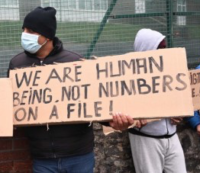 Muslim entitlement whores (aka asylum seeker-wannabes) being housed at a former British military camp protested over conditions at the site – and called: ‘Save us from Covid 19’.  One demonstrator held up a sign saying: “We escaped from war (so you say) only to be held in a (Army barracks)” after being housed in the seaside village of Penally, Pembrokeshire.

Daily Mail (h/t Terry D) Around 230 illegal aliens  were sent to the former army training centre in the sleepy holiday village after arriving in the UK from the Middle East. 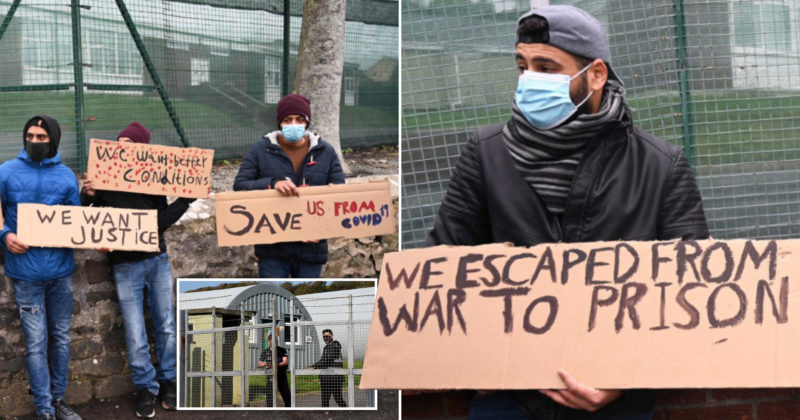 Up to a dozen of the fake refugees protested outside the base holding signs saying: ‘Where are the human rights,’ and ‘we want justice’. Others held cardboard banners with ‘the refugee has a right to stay in a home’, ‘we want better conditions’, and ‘save us from Covid 19’.

The arrival of the military-aged men was initially met with protests from worried locals concerned over the impact on local services and house prices in the 800-population village. 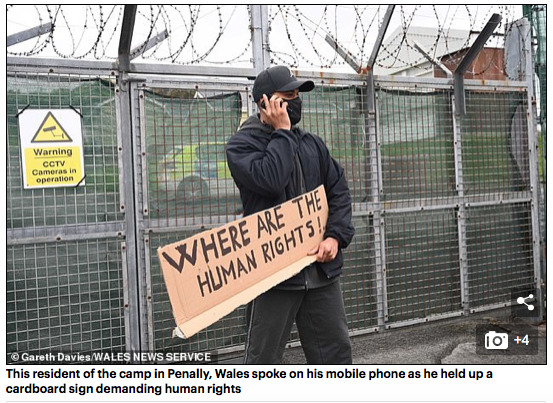 The refugee-wannabes – all aged 18-35 – arrived at Penally in September and are due to stay there for up to a year while their asylum claims are processed. The invaders are mainly from Iraq and Iran. 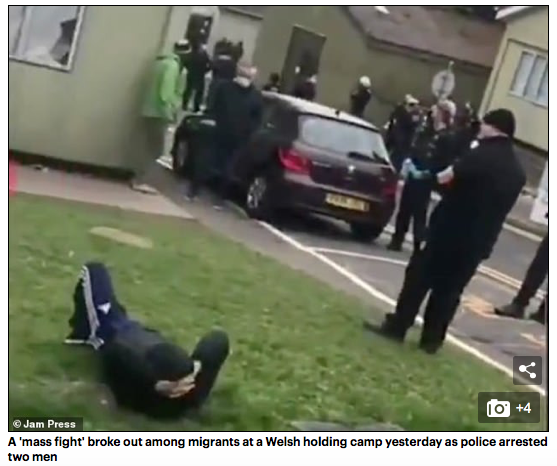