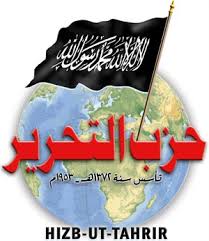 The radical islamic “political party with cells in more than 40 nations”, bellowed their hate against French President Macron and France’s display of Mohammed cartoons. Despite the West’s “false and deceptive freedom of speech” they will never be able to stop “the advance of Islam” proclaimed the Hizb ut Tahrir spokesman, while holding the black flag of jihad.

RAIR Foundation  Hizb ut-Tahrir organized a protest in Denmark in front of the French embassy NOT to show “sympathy for the victims nor for the terror-plagued France” but to affirm their commitment to Islam, their Prophet and condemn France for its resistance to Islamic rules on freedom of speech and blasphemy.

Hizb ut Tahrir’s demonstration was held only one day after France was subjected to their third islamic terror attack in the past few months. An attack that cost three Christians their lives.