The UK Home Office has forked over tens of millions of pounds putting up thousands of mostly illegal asylum seekers in hotels with full board. A huge surge in the number of Muslim freeloader wannabes needing accommodations at great cost to the taxpayer has added fuel to the fire that the immigration system is ‘broken.’ 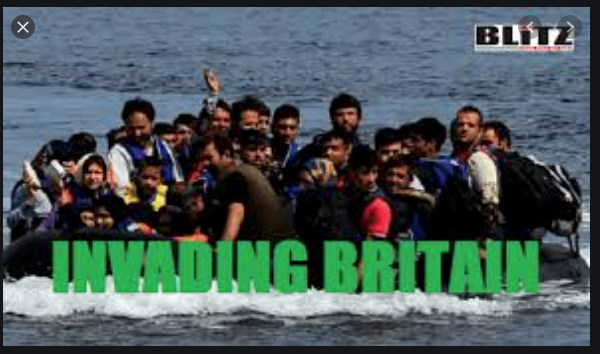 Daily Mail (h/t Terry D) Nearly 10,000 people are now being put up in 100 hotels across the UK, a nine-fold surge from the 1,200 in March, amid high numbers of Channel crossings. The asylum budget has doubled in the last six years to nearly £1billion, The Telegraph reported.

Nearly £400million of the budget is being spent on housing for 40,000 migrants as well as 19,400 failed applicants, with some mounting several appeals over their applications.

The surge in the use of hotels this year was partly due to the Covid-19 pandemic after the Home Office and contractors stopped Muslim invaders posing as asylum seekers from moving from their current properties. But it has also coincided with a record 8,500 illegal aliens crossing the Channel this year, seven times the number from the previous year. 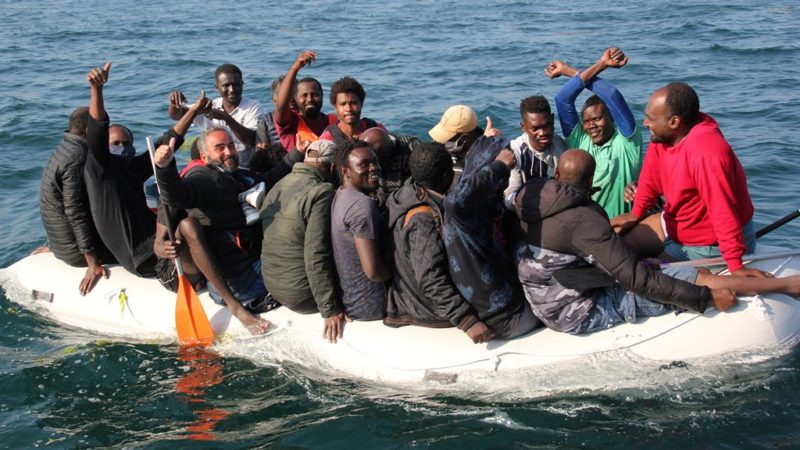 The Government must legally house them even though the majority later see their asylum claims rejected.

Home Office figures show 60,000 asylum seekers and failed claimants received furnished accommodation with bill and council tax paid this year, treble the number from 2011-12. Asylum cases have also risen from 60,400 five years ago to 110,000 in 2019-20.

Home Secretary Priti Patel has admitted the current system is ‘broken’ and has “promised reform. ” (Keeps promising, does nothing) 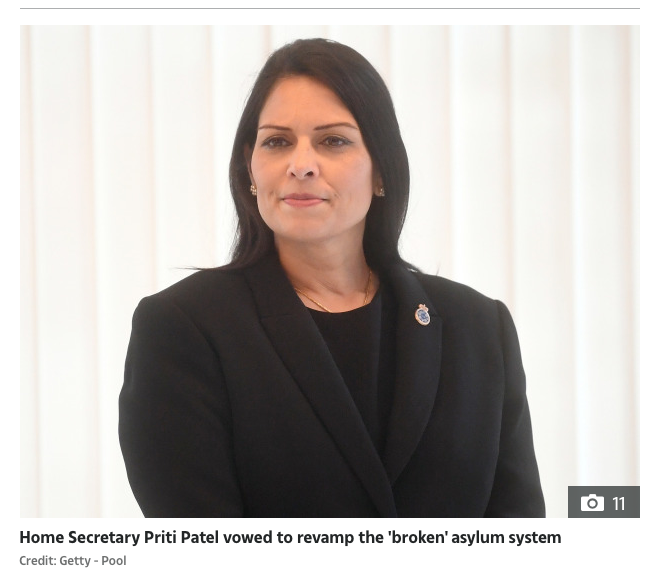 It comes as the Home Office is considering opening offshore transit centres including decommissioned ferries to house Channel migrants. One possible vessel is an Estonian passenger cruise ship, the Silja Europe, which officials believe could house around 1,400 migrants.

Home Secretary Priti Patel considers housing illegal alien Muslim invaders on luxury cruise ships where they would be given “hotel-style” room service while being held on two giant ships out at sea.

The SUN  Plans put before Home Office ministers reveal one freeloader wannabe staying in a cabin alone would cost taxpayers up to £140 a NIGHT. 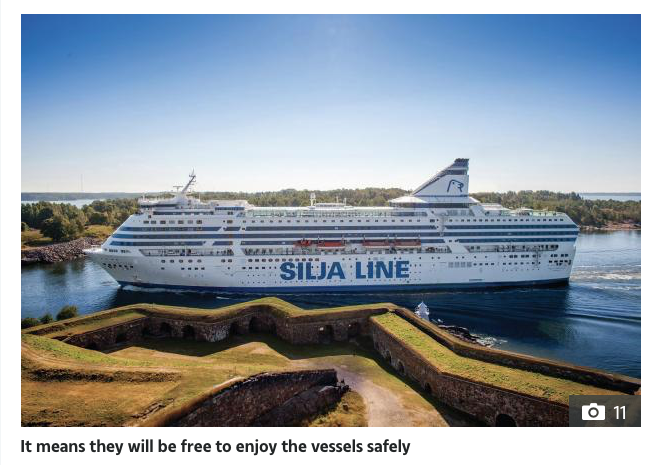 Details of a briefing given by officials last month show they have already identified two vessels that fit the bill. One is the huge Estonian-owned Silja Europa cruise ship, designed to hold 3,000 passengers and built in 1993.

The 200m craft boasts executive and deluxe suites, beauty salons, three restaurants, coffee bars, a theatre, five bars and a disco. Mandarins believe the Europa, which has been halted from its usual Helsinki to Tallinn route since September, could safely house around 1,400 migrants. 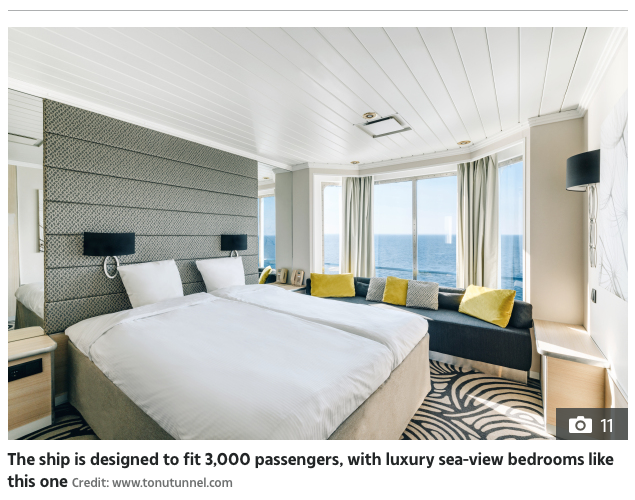 Another ship is the smaller, Italian-owned GNV Splendid. The roll-on, roll-off ferry is based in Palermo but has been used as a floating hospital ship in Genoa during the first Covid-19 wave in Italy.

It can carry 2,200 passengers but officials believe it might hold around 400 migrants if the go-ahead is given to buy it.

Last month The Sun told how the plan to use disused ferries to tackle the surge in illegal cross-Channel migration was moving forward. And sources say it is now so well-advanced that outsourcing giant Serco has already been discussed as a contender to run the operation. 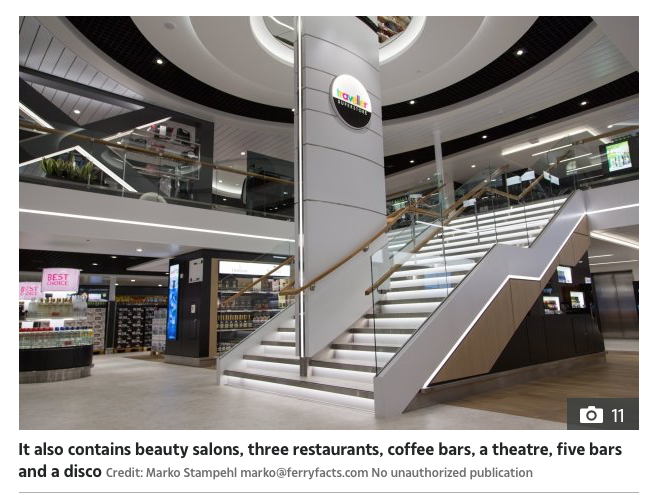 No mooring site has yet been agreed, but the two vessels could be anchored off Portsmouth. And shuttles could run between them and the shore to process the migrants’ asylum and immigration claims. The Sun understands any migrants held on board ships out at sea would not be detained under immigration powers. 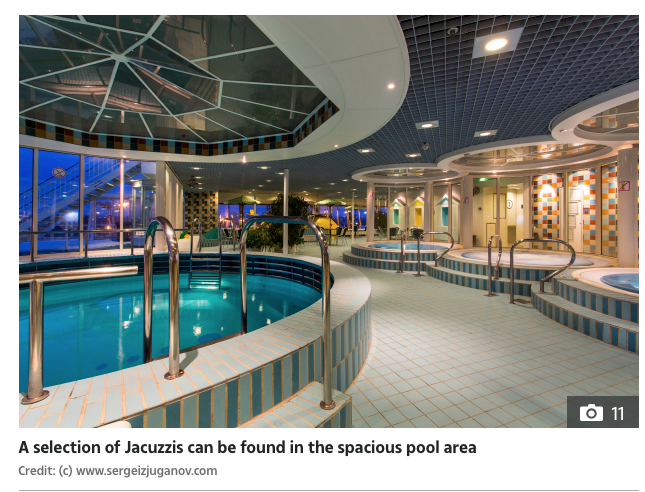 That would mean they would be free to roam the vessel at will in safety. A source said: “The advantage is that they would be kept securely offshore in relative comfort, but with no danger of absconding.” 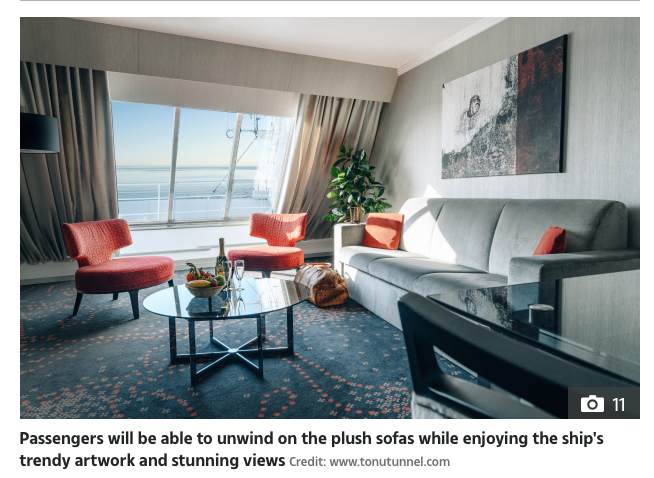 Other ferry operators, like Stena, have also been assessed – with plans to raise the capacity for holding migrants offshore by up to another 800 people. More than 5,000 migrants have arrived in small boats so far this year, more than double the number in the whole of 2019. 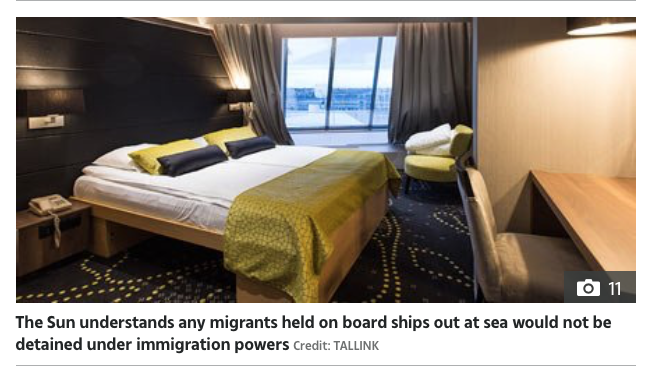 And Home Secretary Priti Patel vowed to revamp the “broken” asylum system during the Tory party conference. A Home Office spokesman said: “We will continue to examine all safe, legal and practical measures to effectively deter illegal migration.” 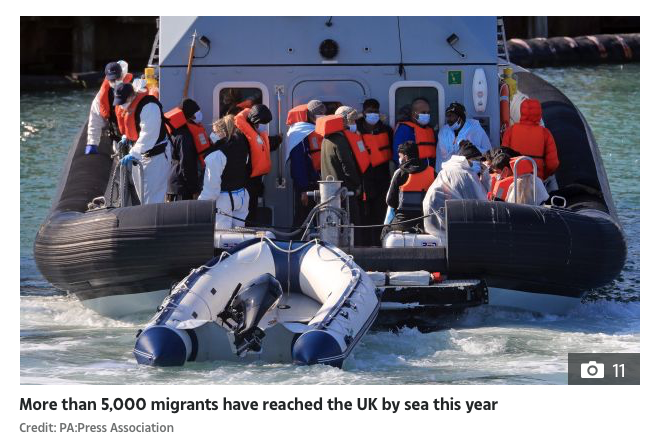