Looking for better free handouts and welfare benefits than they can get in France, illegal alien Muslim invaders have found a new way to hitch a ride to the UK across the English channel: Stowing away in roof boxes on cars returning to the UK from France. 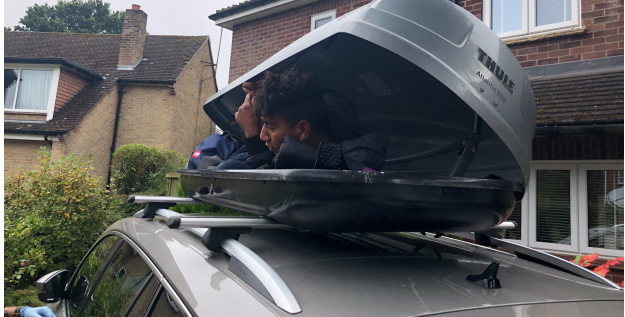 Formerly, they were stowing away in large trucks or trying to cross the Channel in rubber dinghies, thousands of whom have successfully sneaked into the UK in the past year, prompting the Prime Minister to warn the UK is a ‘target and magnet’ for human traffickers. But as authorities begin to focus their attention on the English Channel, it appears that a new route is opening up and migrant-wannabes and fake refugees tucked away in motorists’ car roof boxes are becoming more common.

The SUN A couple drove home from a holiday in France to find an illegal immigrant hiding in their car’s roof box. Simon Fenton, 57, parked his Skoda 4×4 on his drive, unlocked the house and went in — then suddenly heard his wife Sally scream. He said: “I ran outside and saw the sole of a shoe sticking out the side of the roof box. 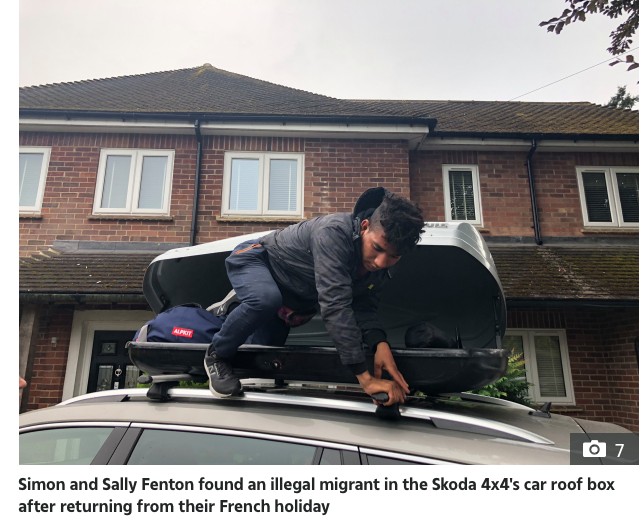 “It dawned on us that there must be a foot attached, at which point the car started moving and we could hear someone inside it.” A hand emerged — and the man started speaking in a mixture of broken Dutch and German.

Solicitor Simon said: “We managed to glean from him that he was about 17 and from Egypt. (Because Egypt, as everyone knows, is a war-torn country. NOT!) 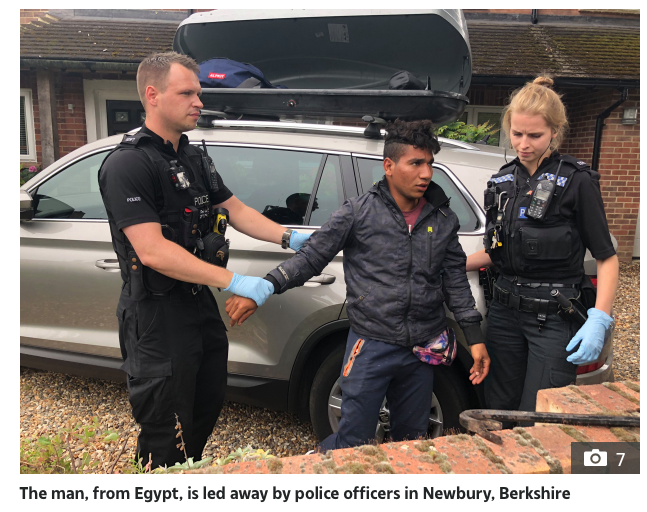 “We kept him at bay while I called the police who arrived and had to wrench the box open with a crowbar. “They actually told us ‘Stand back, he might have a gun’.” Police took the man into custody.

Simon, of Newbury, Berks, thinks the man got in the top box while the car was parked overnight in Calais before the couple sailed back to Dover.

He must have had accomplices because once he had clambered inside someone bolted the box shut again from the outside and swiped the contents — a camera, dog bed and shoes.

TWO illegal alien Muslim invaders broke into the box of a Britain-registered BMW in Calais, France, hoping to reach Britain – but ended up heading 100 miles further back into France.

The SUN (h/t Liz) Midlands couple in the car had only just arrived and the illegal migrants only realized when they jumped out at a French motorway services. Footage of the incident shows the fuming family accusing the invaders of breaking the roof box and asking whether they’d stolen anything. 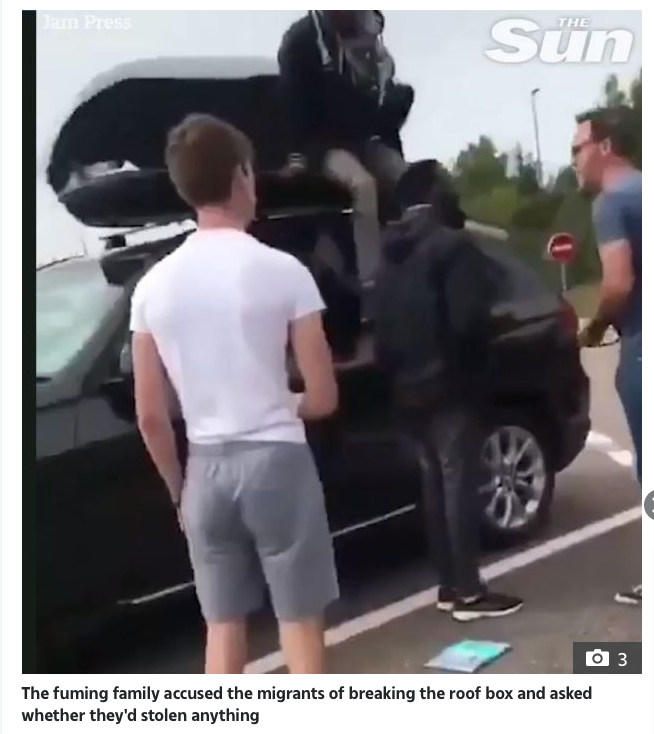 A police source said:”The British couple are from central England and had stopped for the night in Calais for the night after arriving on the Eurotunnel. ”The next morning they got up and started driving towards the Vendee for their holiday when after about 100 miles they heard noises and so they pulled over at a service station.

”Police were called and a motorcycle unit arrived on scene and when they opened the box they found the two sixteen year old illegal invaders – one from Guinea and one from Eritrea. 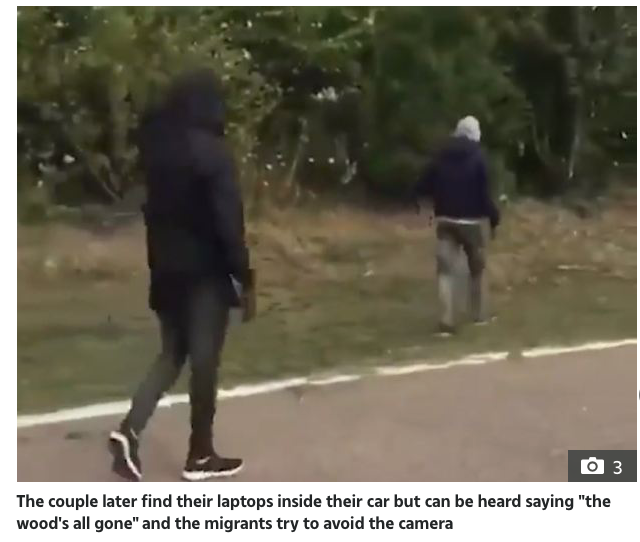 ”The two freeloader-wannabes had seen the British registered BMW and assumed it was going back to Britain but instead it was heading away into France. The local prosecutor has been informed as the couple filed a complaint about their stolen belongings.

One of the shocked Brits can be heard panicking that the pair had taken the couple’s keys before claiming items had been removed from the roof box to make space for the two stowaways. “Where’s all our stuff… empty your pockets”, Colin shouts. 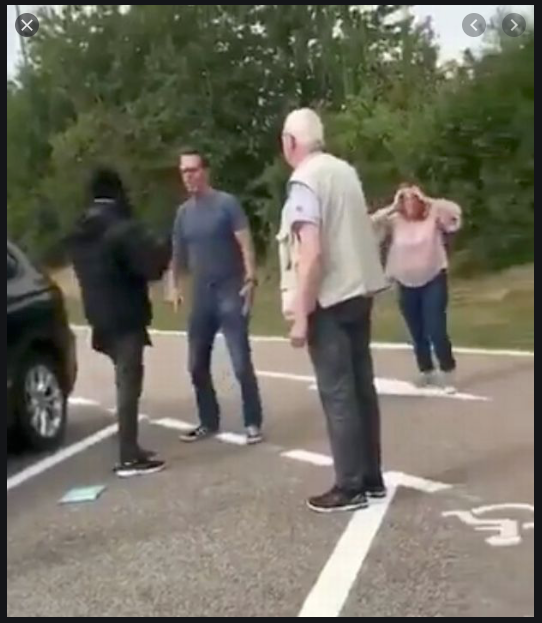 The couple later find their laptops inside their car but can be heard saying “the wood’s all gone” and the invaders try to avoid the camera.

The couple alerted police who were quickly at the scene and when they opened the roof box they were shocked to find the stowaways inside dehydrated but otherwise unhurt. The two were handed over to local migrant charity but they refused to take them and it was unclear where they were.

So far this year, more than 3,000 illegal alien Muslim migrants have reached the UK on boats.