Maybe it’s Muslim inbreeding that causes her to make such stupid statements. Then again, the  average IQ of Somali Muslims is just 68.

Red State  (h/t nita) Her most recent tweet (below) left people both laughing and at the same time sad that anyone so lacking in logic and basic common sense could be in the U.S. Congress. 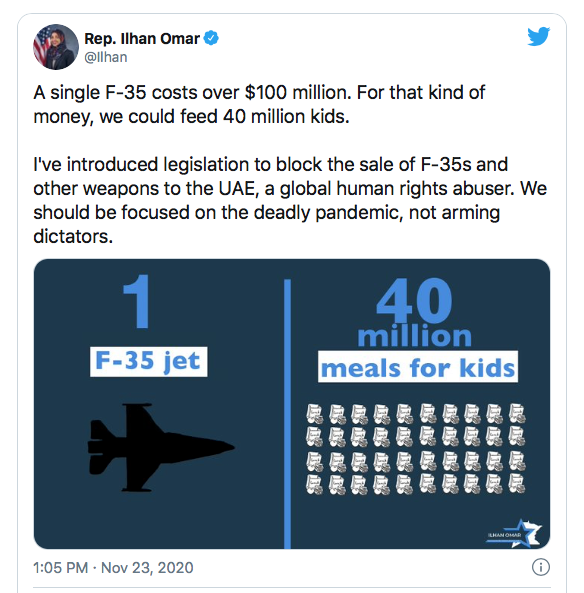 Now there might be a variety of questions one might legitimately ask about such a sale. But this was just painfully dumb. Did you notice the small flaw in her logic? She doesn’t seem to understand that when the U.S. sells planes, WE GET THE MONEY!

She wants to stop sales of the plane to the UAE, claiming that for that kind of money we could feed 40 million kids. But if she stops the sales, we don’t get the money from the UAE, so then no one would be fed. How does someone not understand that basic concept?

But of course, it really isn’t about logic. It’s about hatred of Israel. And the UAE has moved up on Omar’s list to hate because they just signed a peace deal with Israel. So it’s that simple. If the plane sale were to Iran or Turkey, we likely wouldn’t hear a peep from her, despite the fact that there’s no question that Iran far surpasses anything UAE has ever done in the “human rights abuse” arena. 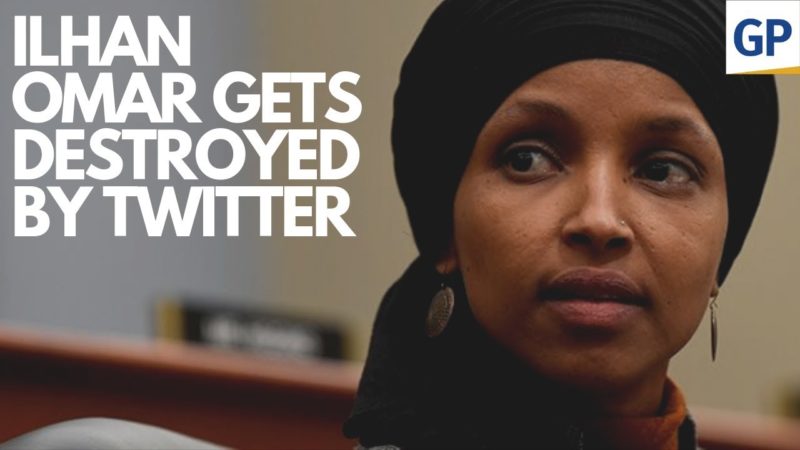 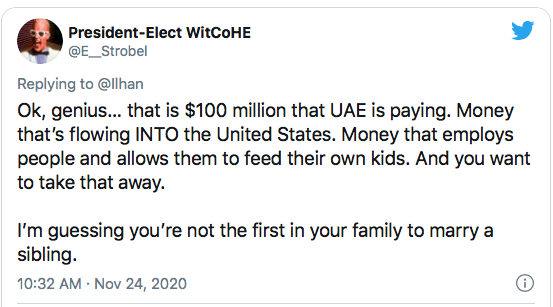 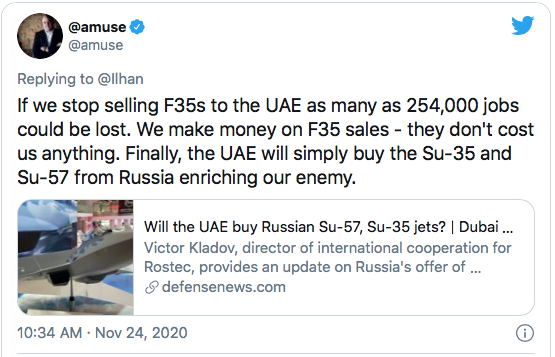