Pennsylvania Judge Patricia A. McCullough filed a Memorandum of Opinion on Friday stating the Pennsylvania preliminary ELECTION CERTIFICATION injunction was PROPERLY ISSUED and should be upheld. McCullough added this, “Additionally, petitioners appear to have established a likelihood to succeed.” 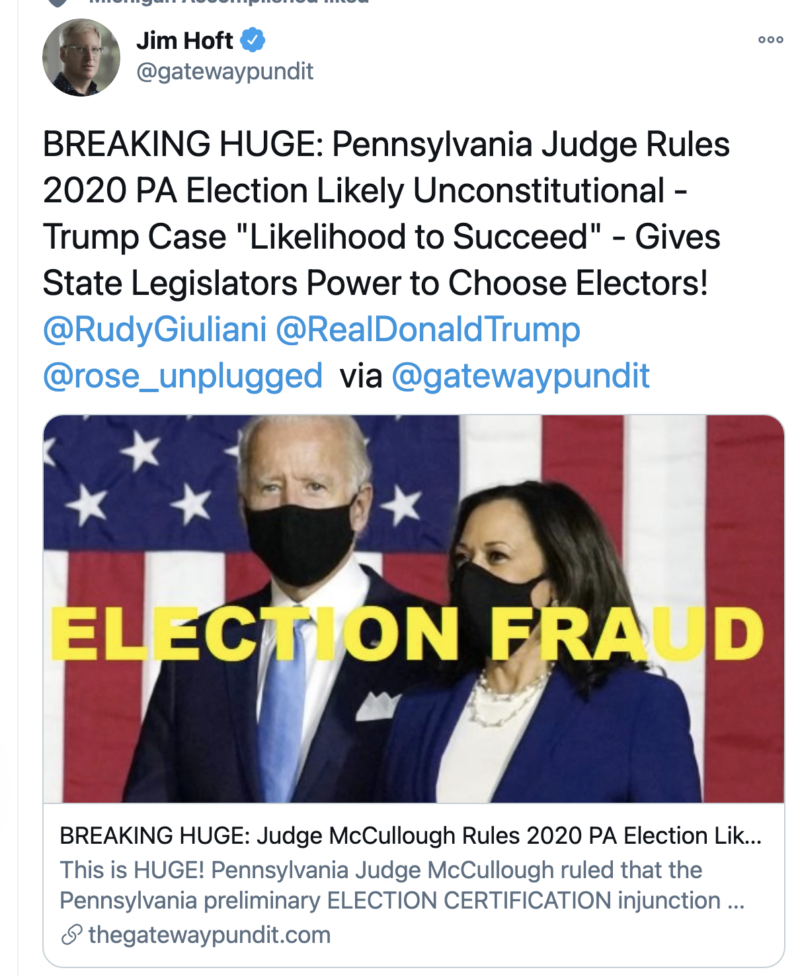 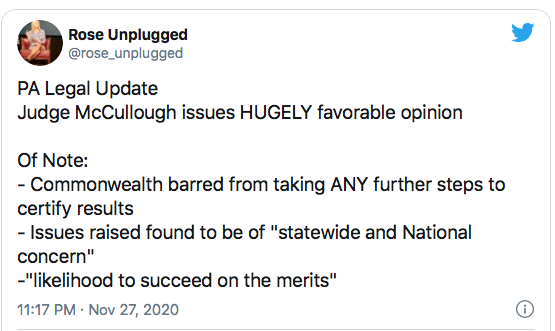