Aseel Muthana, 24, from Cardiff, Wales, is rotting in a Syrian jail after allegedly acting as a ‘recruiter’ for the depraved death cult. Despite security sources branding him a ‘jihadi magnet’ in his role as a recruiter, the seasoned terrorist insists he wants to come back to Britain for ‘rehabilitation.’ 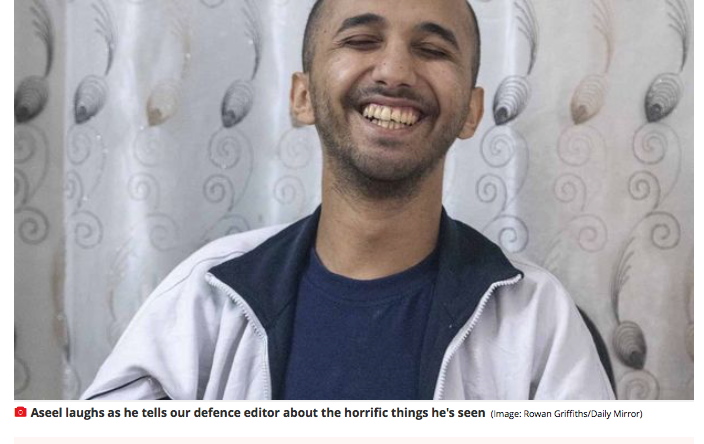 The SUN The Muslim terrorist wannabe travelled from the UK to Syria in 2013 to join the country’s bloody civil war and was reportedly a founding member of the Islamic State’s terror caliphate.

Yet, speaking to the Mirror, Muthana laughs while talking about the horrors carried out by the warped extremists including throwing homosexuals off roofs and “crucifying” alleged spies.

The brazen terrorist even blames his brother Nasser – killed in a drone strike in 2016 – for brainwashing and recruiting him. Like most jailed jihadis from the West, he claims he never picked up a gun while being a member of ISIS – despite being detained following the group’s last stand in Bargouz in 2019.

Begging to come home, he said: “I feel abandoned by the UK. I have human rights. I should be rehabilitated.” “I mean, okay, let’s say I was a criminal – you can’t just leave me.” (Wanna bet?)

Meanwhile, Muthana says he “stopped having an opinion” about the senseless murders carried out by ISIS because the bloodshed became “normal.”

He said he was disappointed that he kept “missing” executions of innocent people including homosexuals. Speaking about people being thrown from rooftops, he said: “I have never seen that. I was always being told ‘you just missed this and you missed that’. “I was like arrgh. I was like everyone’s watching it.”

The jihadi – who had a son with a British ISIS bride in Syria – also denies being a terror recruiter despite his Twitter account posting propaganda such as calling for enemies of the cult to be beheaded. 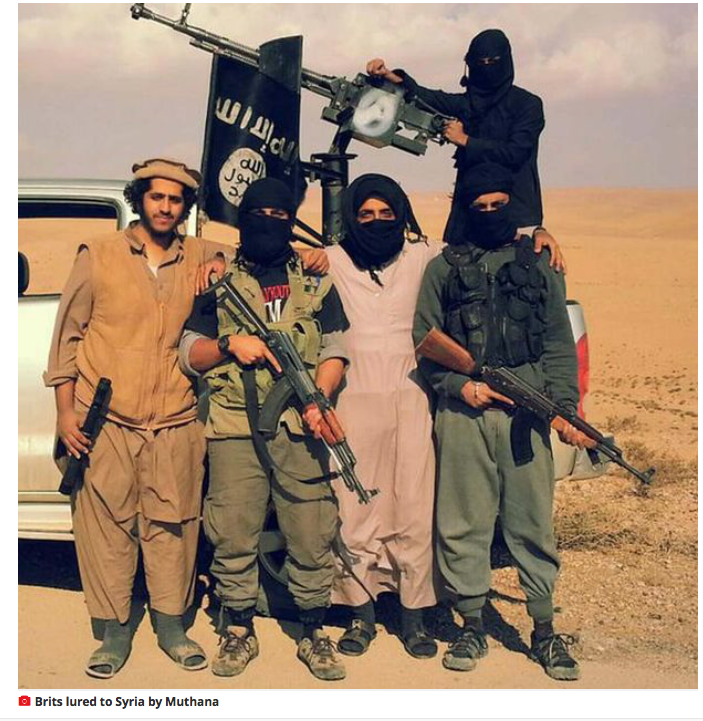 But he claims the social media account – in which he said he was “100 per cent” pro the Islamic State in 2014 – was controlled by his brother.

He insists his sibling – who appeared in an ISIS propaganda video and was high on the Pentagon’s “kill” list – would “take the blame” for him joining the death cult if he was alive. 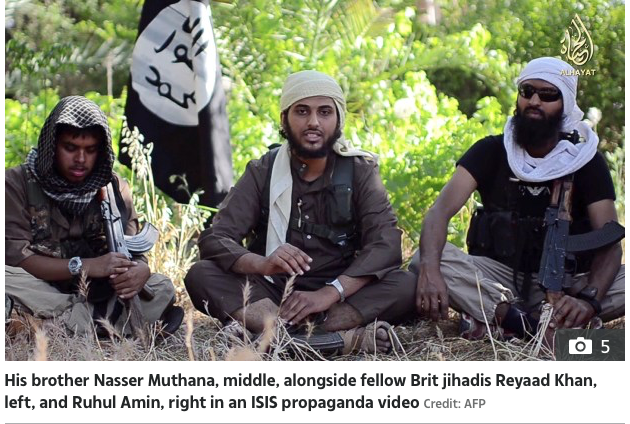 Muthana also told the newspaper that he saw his brother blown apart by a drone strike in Mosul, Iraq, and says “I understand” why he died because “he was posing a threat to the West and UK.”

Speaking to ITV last year, he said he had been lured into joining the murderous group because of its slick propaganda videos. He said: “Back then when I first came to ISIS, you have to understand I came way before the caliphate was pronounced.