The Spanish Constitutional Court ruled last week that deporting Muslim freeloader-wannabees back to Morocco after they have forced their way through the border fences of Ceuta and Melilla is ‘Constitutionally legal.’

REMIX This practice of “hot expulsions”, also called “hot returns”, first became official and legal with the Public Safety Law enacted by the center-right Spanish government of Mariano Rajoy and its People’s Party (PP) in 2015. The law was then heavily criticized and brought to the Constitutional Court by NGOs and a group of socialist MPs headed by today’s Prime Minister Pedro Sٞánchez.

In 2018, Sánchez managed to win a vote of no-confidence and replace Mariano Rajoy at the head of a minority government formed by the Socialist Party (PSOE) with support from the far-left Podemos party and its communist allies (which have now become PSOE’s junior partner under the brand Unidas Podemos) as well as from several regional autonomist and separatist parties.

At that time, the European Court of Human Rights (ECHR) had just issued a ruling making Spain’s hot expulsions illegal. Among other migrant-friendly declarations, Sánchez promised that Spain would withdraw its appeal from the ECHR ruling and put an end to the practice of rejection of migrants at the border. 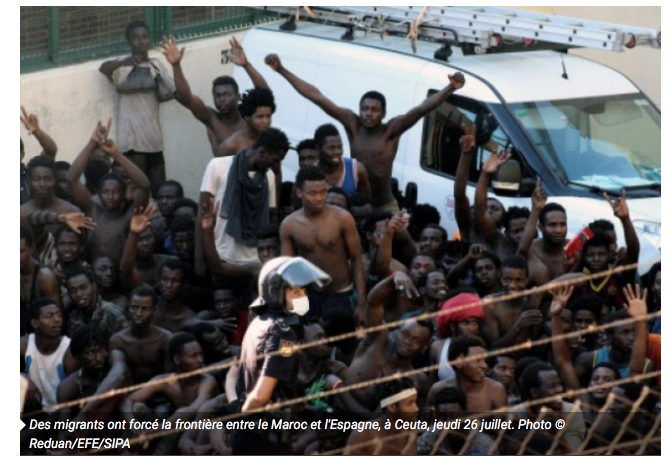 In 2018, Spain faced a steep rise of illegal arrivals at its land border with Morocco and through the Straight of Gibraltar as a consequence of having welcomed hundreds of immigrants on board the Aquarius after Matteo Salvini refused access to the ship at an Italian port.

While encouraging incoming migrants to continue their trip further north — mainly to France, Germany, and the UK — Sánchez then discreetly reverted to the immigration policies of Mariano Rajoy. Among other things, his government did appeal the ECHR ruling against hot expulsions of immigrants caught just after they have passed the border fence. 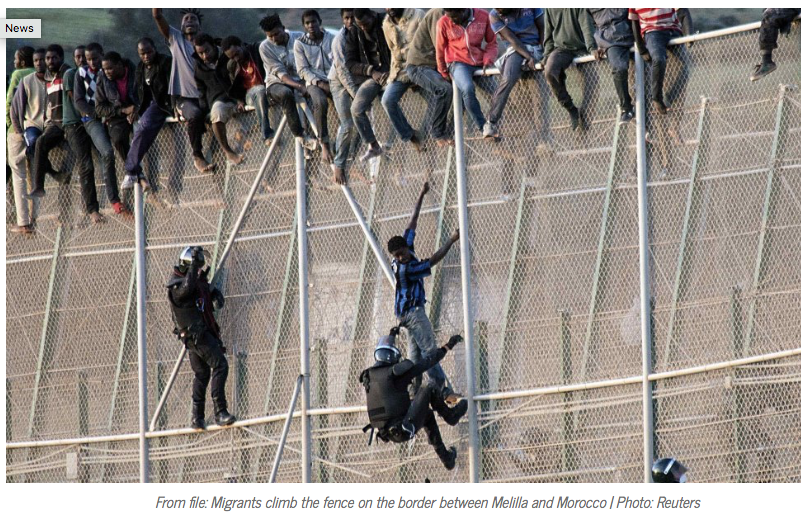 While encouraging incoming migrants to continue their trip further north — mainly to France, Germany, and the UK — Sánchez then discreetly reverted to the immigration policies of Mariano Rajoy. Among other things, his government did appeal the ECHR ruling against hot expulsions of immigrants caught just after they have passed the border fence.

Last February, the Grand Chamber of the European Court of Human Rights reversed the earlier ruling and decided unanimously that those expulsions are legal after all, as those migrants have “put themselves in an illegal situation by trying to enter Spanish territory in an unauthorized way.”

In that specific case brought forward to the ECHR by two illegal immigrants from Subsaharan Africa, the Grand Chamber also mentioned that those migrants had used force and the effect of a mass group to cross the border. The ECHR ruling, which is final, means that Spain does not have to give illegal immigrants caught at the border the possibility to file for asylum and that they can be forced back to Morocco.

As per last week’s ruling, expulsions at the border are legal under Spain’s Constitution as long as they are enforced following Spain’s international obligations. Hot returns are allowed in the case of individuals caught just after they have crossed the border and of whole groups in case of mass attempts to force the passage through border fences or border checkpoints.