According to the Daily Echo, the Home Office is planning to construct a camp of portacabins just outside the small Hampshire village of Barton Stacey on a Ministry of Defence property that would be capable of housing 500 illegal invaders posing as asylum seekers. The village itself is home to only 1,000 residents, and the plans have sparked deep concern amongst the local population. 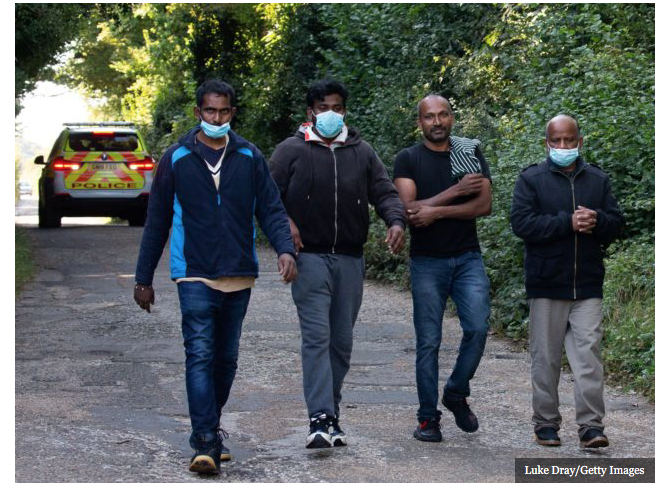 “An influx of 500 military-aged Muslim men in a village with an existing population of just 1,000, would have an overwhelmingly detrimental impact. In other similar facilities this has led to an increase in anti-social behaviour, rapes and criminality,” North warned.

“There are few places I would consider less appropriate for a facility of this nature and it concerns me that this would even be considered,” he added.

Cllr North alongside local MP Caroline Nokes launched a petition, requesting that the Home Office reconsider building the camp near the village. So far, over 1,500 people have signed the petition.

One woman who signed the petition said: “I’m afraid that I will feel very nervous allowing my children (12 and 10) to walk around the village alone. This is not the right place for such a camp.”

Another said: “As a mother of a teenage daughter, placing this camp close to our village raises enormous concerns for the safety of my daughter and any other females who should have the right to feel safe in their own community.”

“In my opinion, housing 500 Muslim male invaders close by, with little for them to do poses a significant risk to the safety and wellbeing of our small village,” she added.

What happened to the government’s vow to stop the illegal invader boats from France (a safe country) from crossing the English channel and getting into the UK?

So far this year, approximately 8,500 illegal migrants have landed on British shores after making the perilous journey across the English Channel in small rubber boats from France.

The housing of illegal migrants in small villages and towns have been a feature of the European Migrant Crisis in countries such as Germany, Italy, and Greece, leading to increased social tensions.

In one notable example, a group of illegal asylum seekers terrorized a local fair in the small German town of Steinfurt in 2018, fighting with local teenagers, harassing ride owners, and sexually molesting young women.

Tensions have already been rising in the former army barracks turned illegal migrant camp in Folkestone, Kent, where migrant-wannabes have complained about the supposed poor conditions in the facility, which used to house British soldiers.

“The food is no good. There is only one toilet. I should have made my application [for asylum] in France.” https://t.co/05gYFwhOVd

In November, a group of illegal Muslim migrants attempted to break down the gates surrounding the camp, demanding that they have access to the local town.