South Dakota Voices For Justice, a Muslim advocacy group, demanded a mask mandate in Sioux Falls, and the City Council quickly submitted. Sadly, just like many other times, Muslims make demands and get their way. The Sioux Falls City Council voted 6-2 to approve the mask mandate.

Sounds just ike what Joe Biden wants to force the whole country to do for 100 days. But we know they’ll never stop at just 100 days.

DeplorableKel Covering their women’s faces is part of their religion and now it seems they want us to be forced to cover our faces as well. Though, they’re using COVID-19 as an excuse for the mask mandate, we know where this could lead, especially with so many happy-to-be-sharia-compliant Leftists in the country. 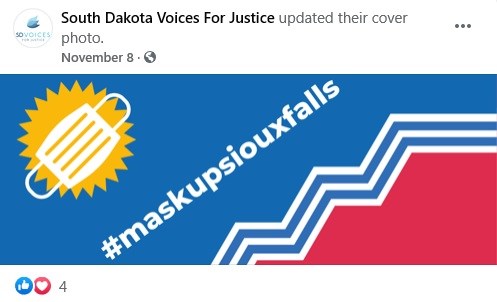