The Vatican has invited the faithful to view migrants as people who have been “displaced like Jesus.” 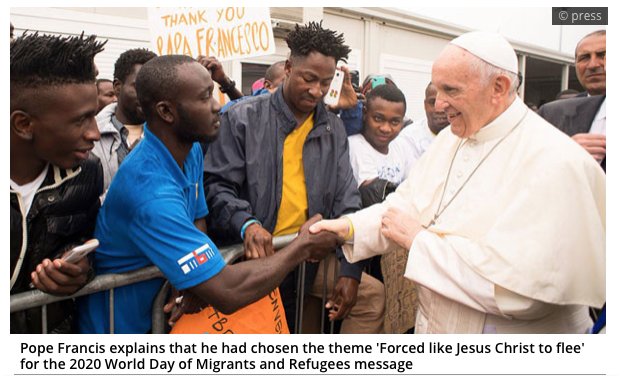 Neonnettle The Vatican’s office for Migrants and Refugees tweeted: “One year ends, a new one begins, let’s walk again the path made with our brothers and sisters #DisplacedlikeJesus.”

Was Jesus a refugee?

In the second chapter of the Gospel of Matthew, we read the story of the “Flight into Egypt” in which, after the birth of Jesus and the visit from the Magi, an “angel of the Lord” comes to Joseph in a dream and warns him to leave Bethlehem for Egypt (Mt 2:12-15). Why? Because King Herod was planning to “seek out the child to destroy him.” Mary and Joseph do leave, along with Jesus, and, according to Matthew, make their way into Egypt. Afterward, King Herod slaughters all the male children in Bethlehem under two years of age.

The message cited Pope Francis as saying: “Building the Kingdom of God is a commitment that all Christians share.” “It is necessary that we learn to collaborate.”

In a video message in the tweet, Pope Francis explains that he had chosen the theme “Forced like Jesus Christ to flee” for the 2020 World Day of Migrants and Refugees message to remind people Jesus experienced as a child “displaced and a refugee.”

The Pope’s 2020 message declared that displaced people is “one of the challenges of our contemporary world,” especially because of “situations of conflict and humanitarian emergencies, aggravated by climate change.” 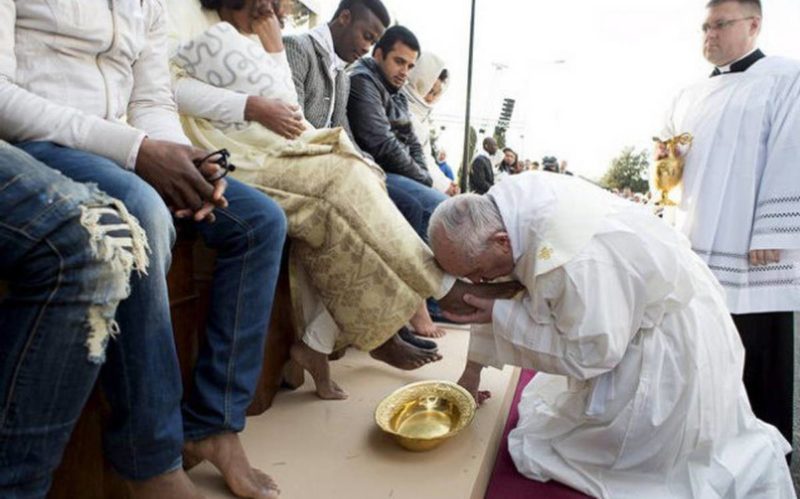 “I have decided to devote this Message to the drama of internally displaced persons, and often unseen tragedy that the global crisis caused by the COVID-19 pandemic has only exacerbated,” the pontiff noted.

The Pope added that it “has relegated to the bottom of national political agendas those urgent international efforts essential to saving lives.”

The Vatican emphasized weeks ago that the coronavirus pandemic mustn’t draw people’s attention away from migrants. “The pandemic must not make us forget other dramatic situations, such as violence and abuses against migrants,” said Father Fabio Baggio.

Father Baggio added that “a whole series of dramas that existed before the pandemic are still there, and some are even aggravated. Among these, there was also the tragedy of displaced persons, refugees, migrants who were raped or whose rights have been violated.”

“We are all in the same boat, and no one can be left behind,” the Vatican official said.