Notorious Islamic extremist Abu Bakar Bashir, who is believed to be the mastermind behind the Bali bombings, has been released from an Indonesian prison. 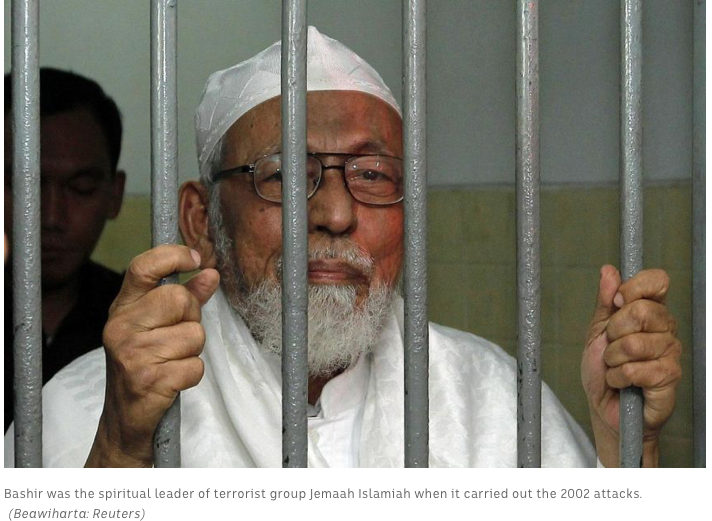 ABC Bashir, now 82, was released because his sentence for terror offences expired early due to good behaviour behind bars.

He was the spiritual leader of terrorist group Jemaah Islamiah (JI) in 2002 when it carried out the Bali bombings, although he’s always denied being involved.

Two hundred and two people were killed and 209 were injured when JI set off bombs in two Bali nightclubs and outside the US consulate on October 12, 2002. Australia lost 88 people that night and the attacks remain the single largest loss of Australian life from an act of terrorism. 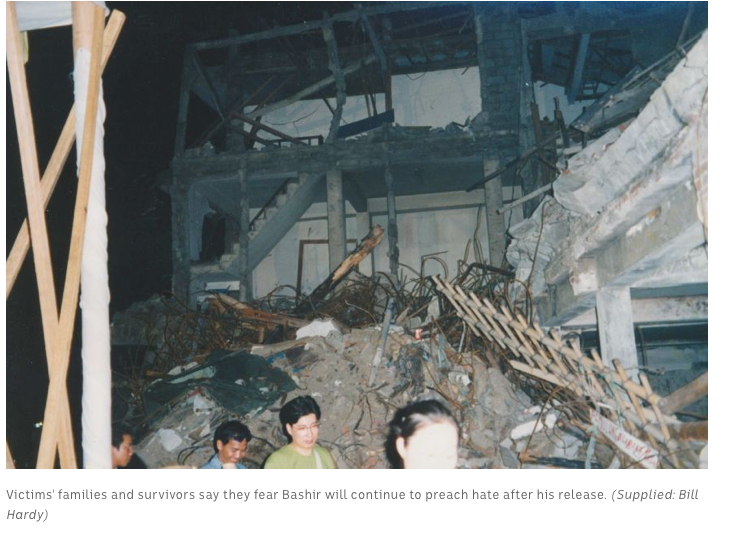 In 2011 he was handed a 15-year prison term for his links to militant training camps in Aceh, but after a number of periodic reductions for good behaviour, his sentence has now expired.

Prime Minister Scott Morrison said it was a “gut-wrenching time” for friends and families of the Australians killed in the bombings. 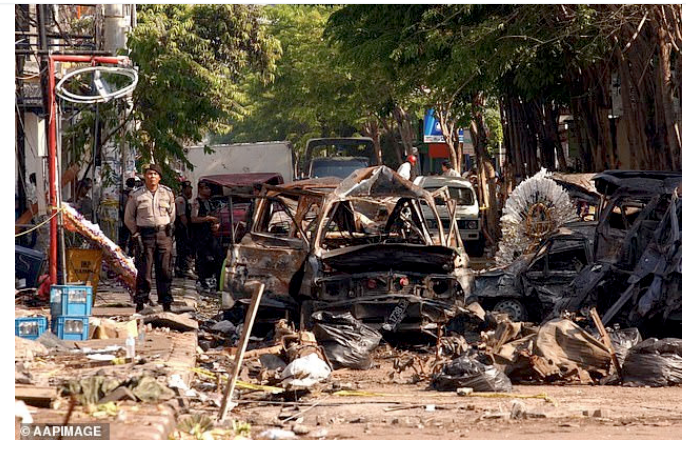 “This is very distressing to the friends and families of the 88 Australians who were killed in the Bali bombings of 2002. I still remember that day very vividly, like I’m sure many Australians do,” he said.

“It’s hard, and it’s gut-wrenching, having spent time with the families of those victims of that terrible bombing.”