BNI readers have seen this photograph countless times of several gay men in Iran being executed by hanging for the anti-Islamic ‘crime’ of being gay. But CAIR is acting as if no one has ever seen this before and wants the Corrections Officer who posted the meme (in 2018) on Facebook using this famous photo, fired from his job. Below is the meme: 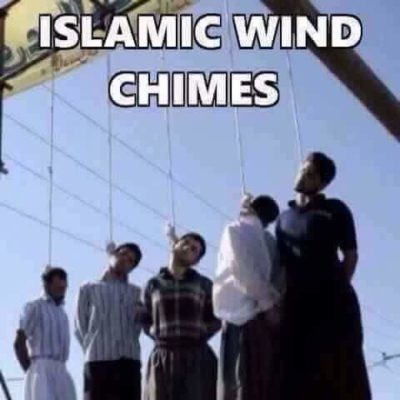 WSHU The Connecticut chapter of the Hamas-linked Council on American-Islamic Relations, or CAIR, posted a video Sunday outlining its demand that the DOC terminate Officer Anthony Marlak.

CAIR first learned of Marlak’s offensive post in 2019. It depicts five Muslim men hanging from a noose with the caption “Islamic wind-chimes.” CAIR says that Marlak added the comment, “Think I found the best meme on the planet!!”

The post was originally reported by a fellow correctional officer who is Muslim. The DOC conducted an internal investigation, and CAIR  subsequently learned from a Freedom of Information request that he is still on the job.